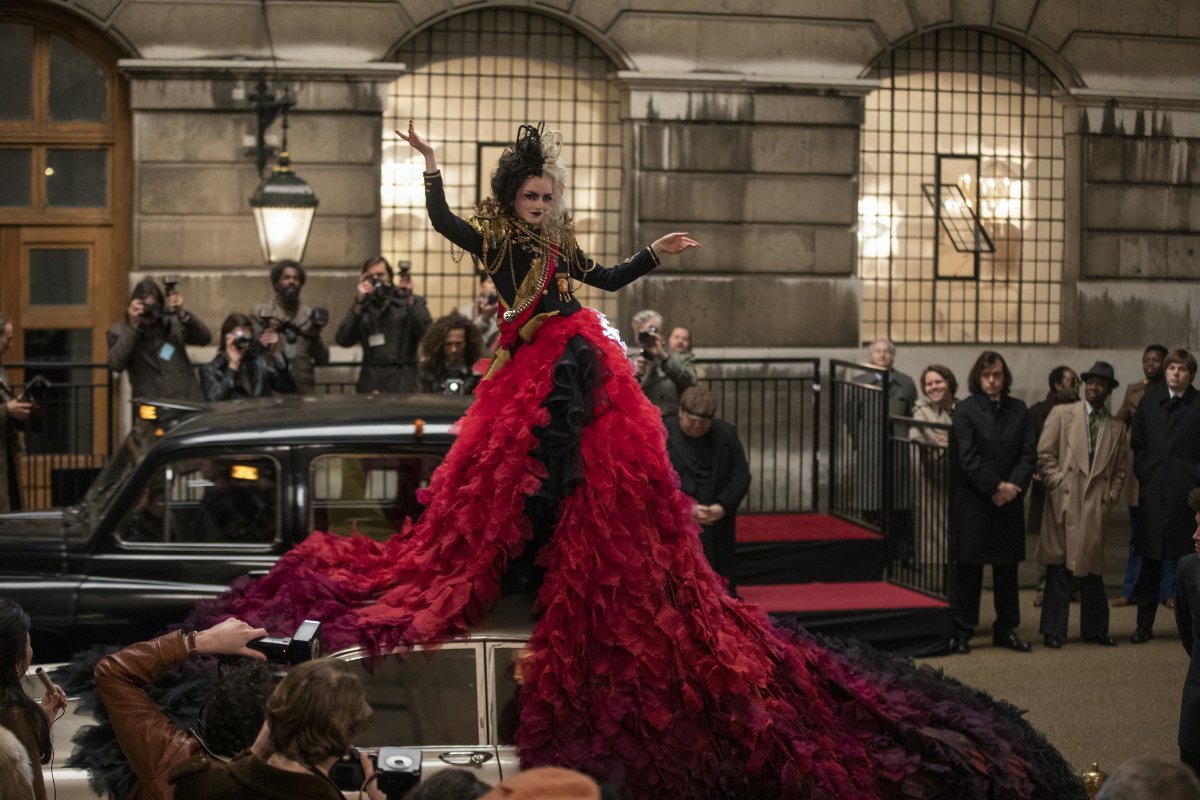 Emma Stone stars in “Cruella“ (2021, PG-13), the live-action prequel about the early life of “101 Dalmatians” villain Cruella de Vil, when she was a punk-inspired fashionista in 1970s London. It costars Emma Thompson as the reigning haute couture designer and features a wild sense of costume design. Craig Gillespie (“I, Tonya”) directs this collision of “The Devil Wears Prada” and Tim Burton. (Disney+)

In “Love and Monsters“ (2021, PG-13), an ordinary guy (Dylan O’Brien) leaves his underground bunker and braves the monster-infested world to reunite with the woman he loves (Jessica Henwick). This comic take on the monsterpocalypse thriller, which debuted on VOD thanks to the pandemic, costars Michael Rooker and a small army of delightful, wildly creative giant insect monsters. (Hulu)

Spike Lee commemorates the 20th anniversary of the Twin Towers attack in “NYC Epicenters 9/11➔2021½“ (TV-MA), his four-part documentary essay surveying life in New York and its boroughs from 9/11 through Black Live Matter to Covid, and how the citizens pull together to face each crisis. Lee conducted over 200 interviews, which he weaved into the production along with film and news clips. (HBO Max)

An isolated child goes on an odyssey to save his ill mother (Rosario Dawson) in “The Water Man“ (2021, PG), an adventure drama rooted in fairy tales. Directed by and starring David Oyelowo, who plays the boy’s father, an often absent military officer. (Netflix)

Miranda Otto headlines “The Unusual Suspects“ (not rated), a limited series crime drama with a comic edge from Australia about five women from different backgrounds who join forces to plan and execute the heist of a priceless necklace. (Hulu)

Elijah Wood plays the FBI analyst who interviewed Ted Bundy (Luke Kirby) after his conviction in “No Man of God“ (2021, not rated), based on the transcripts of the interviews.

“He’s All That“ (TV-MA) is both a sequel to and a reversal of the high school comedy “She’s All That,” with a social influencer (Addison Rae) making a high school loser (Tanner Buchanan) into the prom king. From “Mean Girls” director Mark Waters.

International TV: “Post Mortem: No One Dies in Skarnes: Season 1“ (Norway, TV-MA, with subtitles) is a blackly comic thriller involving a failing mortuary and a vampire that brings them new business. Also new:

True stories: the documentary “Count Me In“ (2021, TV-MA) puts the spotlight on rock drummers, among them Roger Taylor of Queen, Stewart Copeland of The Police, Nick Mason of Pink Floyd, and legendary session drummer Jim Keltner. Also new:

True crime: the limited series documentary “John of God: The Crimes of a Spiritual Healer“ (Brazil, 2021, TV-MA) dissects the story of João Teixeira de Faria and the abuse perpetrated on his victims.

The spy thriller “The Courier“ (2021, PG-13) is based on the true story of Greville Wynne, a British businessman (played by Benedict Cumberbatch) tangled up in the intrigue surrounding the Cuban Missile Crisis. Rachel Brosnahan costars.

Kid stuff: the animated special “Pete the Cat Back to School Operetta“ (2021, TV-G) celebrates the first day of school.

The gentle romantic comedy “Dan in Real Life“ (2007, PG-13) stars Steve Carrell as a warm, devoted single father three daughters and Juliette Binoche as the woman of his dreams, who just happens to be the new girlfriend of his serial-dating brother.

“French Exit“ (2021, R) stars Michelle Pfeiffer as a widowed Manhattan socialite who has burned through her inheritance and Lucas Hedges as her directionless son who moves in to a borrowed Paris apartment with her.

The three-part docuseries “The Monster in The Shadows“ (2020, not rated) looks into the unsolved disappearance of Brittney Wood in 2012 Alabama and the nonfiction series “Born for Business: Season 1“ (not rated) chronicles the lives of four entrepreneurs with disabilities.

Octavia Spencer and Kate Hudson star in the second season of the anthology series “Truth Be Told“ (TV-MA) and Dave Bautista joins to cast in “See: Season 2“ (TV-MA) with Jason Momoa. New episodes each Friday.

The documentary “Be Natural: The Untold Story of Alice Guy-Blaché“ (2019, not rated) reclaims the place of the pioneering filmmaker who was practically written out of film history.