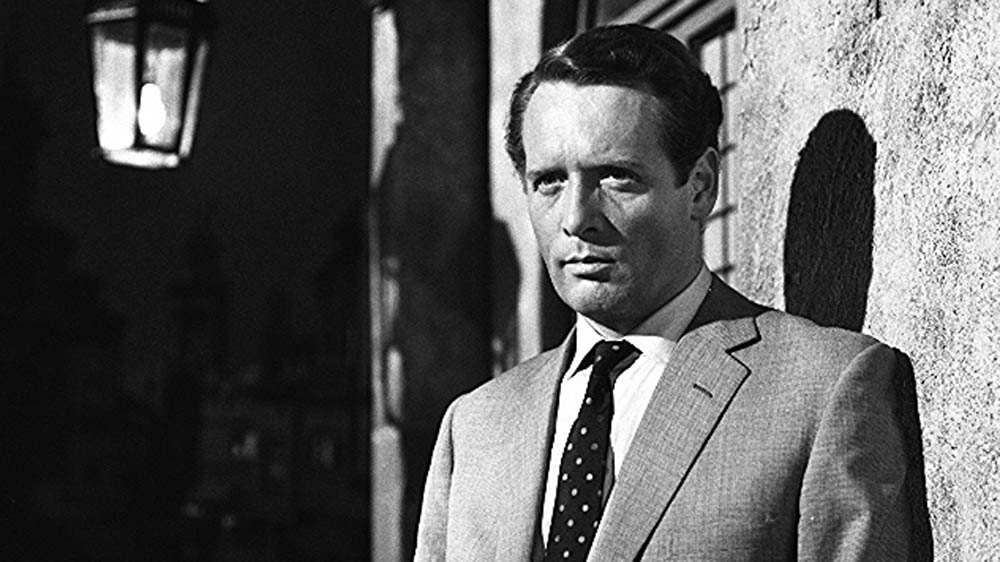 “Every government has its secret service branch. America, CIA; France, Deuxième Bureau; England, MI5. NATO also has its own. A messy job? Well that’s when they usually call on me or someone like me. Oh yes, my name is Drake, John Drake.”

Before Patrick McGoohan was The Prisoner, he was John Drake, the maverick agent of Britain’s top secret M9 security force, in the British spy series Danger Man: Complete Series (1960-1967). The show began in 1960, before the first Bond feature was released, in a 30-minute format, with the cool, clever undercover operative Drake sneaking into Eastern bloc regimes and Latin American dictatorships to flush out traitors and assassins, recover stolen secrets, and dabble in a little espionage himself.

That incarnation played on both British and American TV for a single season but was cancelled after the American networks failed to renew it. A few years later it was reworked as an hour-long show in the wake of the spy movie boom and the Cold War culture and it was picked in the U.S. under the title Secret Agent and a new theme, “Secret Agent Man,” sung by Johnny Rivers. (The DVD and streaming releases features the original British version of the series, with the Danger Man title and a harpsichord theme song.)

The first incarnation of the show is more serious that the later hour-long reinvention, without the knowing humor or the sense of ambivalence that creeped in. He plays the loyal agent who follows faithfully orders, even when he seems to be on the side of status quo in some very repressive countries. And those half-hour shows of the first season move at a rapid clip.

While the show lightens up with a little more humor in the second edition, the realpolitik shenanigans are played out with less assuredness and a creeping sense of futility, as if anticipating the disillusionment of McGoohan’s later series The Prisoner. Episodes played with the ambivalence of cold war politics (“Whatever Happened To George Foster,” “That’s Two of Us Sorry”), and two of them even anticipate The Prisoner: in “Colony Three,” a spy school in a manufactured village that could be the inspiration for The Prisoner’s village, and “The Ubiquitous Mr. Lovegrove” features a mind game worthy of the new Number 2. Both of the latter episodes were directed by Don Chaffey, who helmed his share of The Prisoner.

Still, it was, like the U.S. series The Man From U.N.C.L.E., a cleverly-constructed show built of elaborate espionage shell games and diplomatic chicanery, with McGoohan as the ingenious con man behind the bluffs and feints. The series ends with the only two episodes made in color: “Koroshi” and “Shinda Shima,” both set in Japan and later combined and turned into the TV movie Koroshi.

, iTunes, GooglePlay and/or other services. Availability may vary by service.
Secret Agent (aka Danger Man): The Complete Series [DVD]