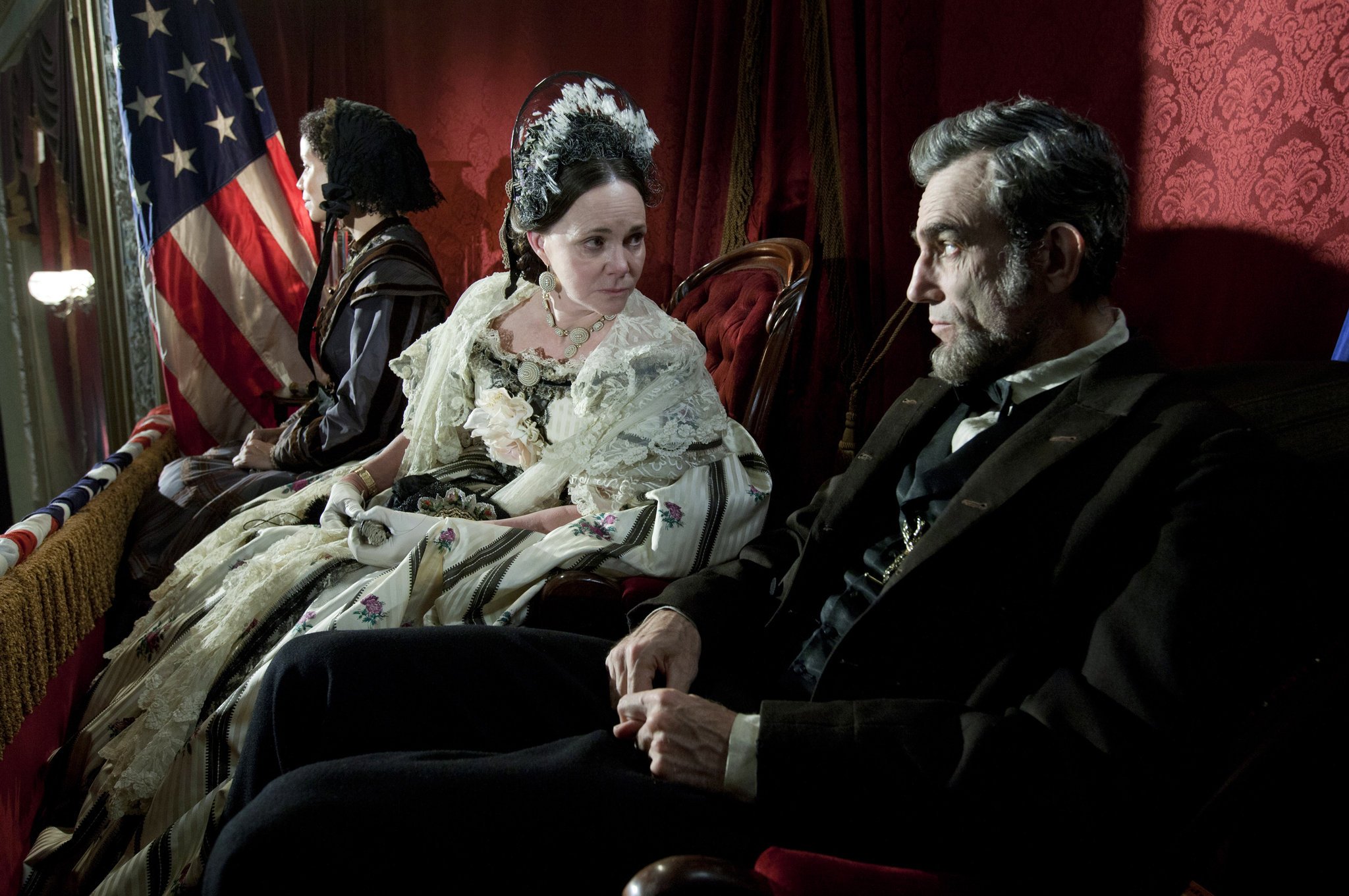 Scripted by Tony Kushner, guided by Doris Kearns Goodwin’s book A Team of Rivals, Lincoln casts a spotlight on one of the most important political actions in American history: passing the 13th Amendment to the American Constitution, which abolished slavery. In compelling detail, this film shows the art and craft of statesmanship, the need for Lincoln to get this amendment passed before the end of the Civil War, and the negotiations and tactics used to accomplish a task that would change the culture of the country forever.

It makes from an odd kind of challenge for Spielberg, a film built on dialogue from a director more expressive with imagery, and he’s more at home with montage scenes or comic bits or getting information across in clever or entertaining or comic scenes. Yet he accomplishes something amazing: making a compelling film out political dealmaking and legislative debates.

Anchoring the vast cast of characters, all of them real-life historical figures, is Daniel Day-Lewis’ mesmerizing incarnation of Lincoln. Speaking in a reedy voice, he makes Lincoln the savvy politician as folksy raconteur, a man who (in the final days of the Civil War) appears strong yet approachable in public, and frail and almost exhausted in private. The transformation earned Day-Lewis his third Academy Award as Best Actor and brought a human, mortal dimension to a president who has become mythologized by history.

Sally Field earned an Oscar nomination as Mary Todd Lincoln, as did Tommy Lee Jones as abolitionist Senator Thaddeus Stevens, and David Strathairn, Joseph Gordon-Levitt, James Spader, Hal Holbrook, John Hawkes, and Jackie Earle Haley are among the co-stars. It was nominated for 12 Academy Awards and won for Best Production Design as well as for Day-Lewis’ performance.

The Blu-ray and DVD from DreamWorks includes the featurette “The Journey to Lincoln,” a nine-minute overview of the film with Spielberg, Kushner, Day-Lewis, and other collaborators. The 2-Disc Blu-ray Combo Pack adds the even shorter featurette “A Historic Tapestry: Richmond, Virginia,” with the filmmakers discussing the decision to shoot in Richmond, and a bonus DVD.

The 4-Disc Blu-ray+DVD Combo Pack includes more substantial supplements. The 27-minute “Living with Lincoln” anchors the bonus disc with a detailed look into the creation of the film and the character of Lincoln, from the research (Spielberg explains why his Lincoln speaks in a high voice) to the visual representation of the past (cinematographer Janusz Kaminski on how he used simple techniques to create the atmosphere of the era). “In the Company of Character” surveys the major characters of the film with filmmakers and the actors in a ten-minute piece, while “Crafting the Past” (11 minutes) looks into the production and costume design and “In Lincoln’s Footsteps” (17 minutes) looks to the editing and scoring to pace the film.