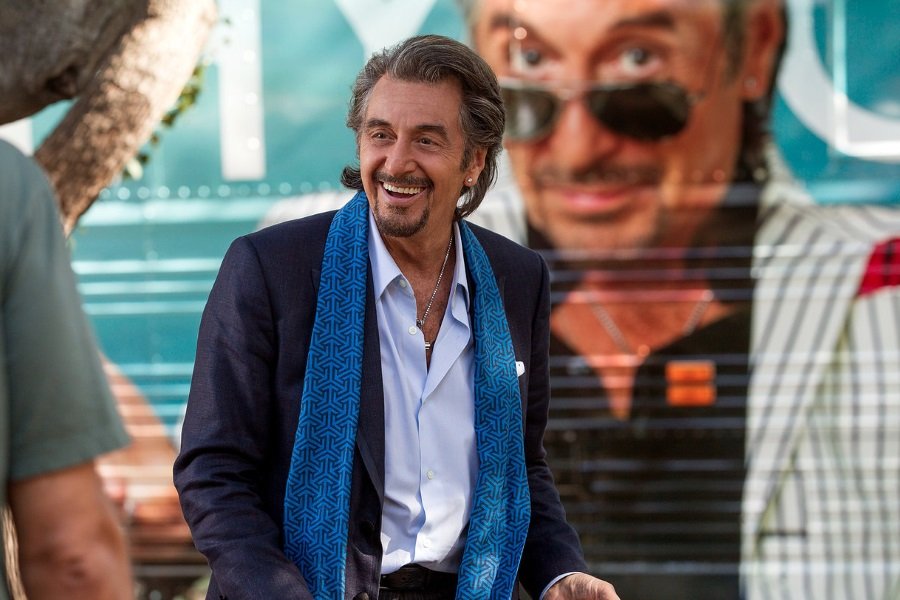 “The following is kind of based on a true story a little bit.” A very little bit, it turns out, but it is a great premise.

Danny Collins was a musical phenom of the seventies turned pop music legend who has spent his last decades falling back on familiar songs and greatest hits tours. A letter to Danny from John Lennon, written in 1971 but never received until now, is the plot device that shakes him out of his spiral and motivates him to reach out to the son he’s never met. That’s the “true” part of the story—real-life British folk rocker Steve Tilston discovered that Lennon wrote him a letter 40 years after it was sent—but it’s a complete fabrication from there. Danny Collins (2015) is a familiar redemption story with the novelty of making the redemptive figure a folk-rock sell-out and the even greater novelty of casting Al Pacino in the role.

Pacino’s Danny is like a lounge act version of Mick Jagger on the casino stage circuit, doing his act for the AARP demographic long after alcohol and apathy have pickled his songwriting talents and turned his voice to gravel. It’s show-biz auto-pilot and Danny slips into the role almost as easily as he numbs the monotony in lines of blow and fifths of booze. And then he gets the letter, which warns him of selling out, and he suddenly takes a long, hard look at how he’s coasted on fame for so long. It’s as cute as it is contrived, but it gets the film out of Danny’s life of rock star decadence and gets Pacino into scenes with Bobby Cannavale, who plays his progeny from a youthful fling with a backstage hookup, and Annette Bening, his not-quite-but-getting-closer-to-age appropriate love interest (“Baby steps,” he says).

Pacino has been more of a showman than an actor in too many roles of the past few decades. Danny’s a showman by nature, befriending every functionary he meets along the way with a smile, a joke, and a knack for remembering their names, which allows Pacino to explore the idea of the person behind the performance. Pacino plays it like it’s a reflexive fall back, but one that he enjoys. He likes the personal connection, even if it is just a momentary bit of banter, and that practiced charm feels oddly authentic. Since he puts that showman onstage, he is more relaxed through the rest of the film. Pacino can do this kind of thing in his sleep but he has real chemistry with Bening and Cannavale, not to mention Giselle Eisenberg, the little firecracker who plays the ADHD-charged daughter of Cannavale and Jennifer Garner. Did the producers let her loose at the donut bar before she went on camera?

Danny Collins may not ring true as existential crisis, but writer / director Dan Fogelman doesn’t really play it as such. It’s more like the tipping point in the accumulation of self-disgust and self-medicated frustration and Pacino plays it with self-effacing understatement, using the showman to cover up the anxieties underneath. While the film never really acknowledges that Danny always had a choice, neither does it beg for our sympathy. And there is enough of a sense of reality behind the rock star redemption premise to make you care. Not necessarily for Danny’s journey but for the family he becomes a part of.

Pacino is lovely in the role, communicating more about the man behind the image just sitting next to Cannavale, the father determined not to let another excuse prevent him from getting to know his son and being there when he really needs it. It’s those moments that transforms Danny Collins from a Pacino greatest hits tour to a quiet comeback album with a smaller scope and a personal investment.