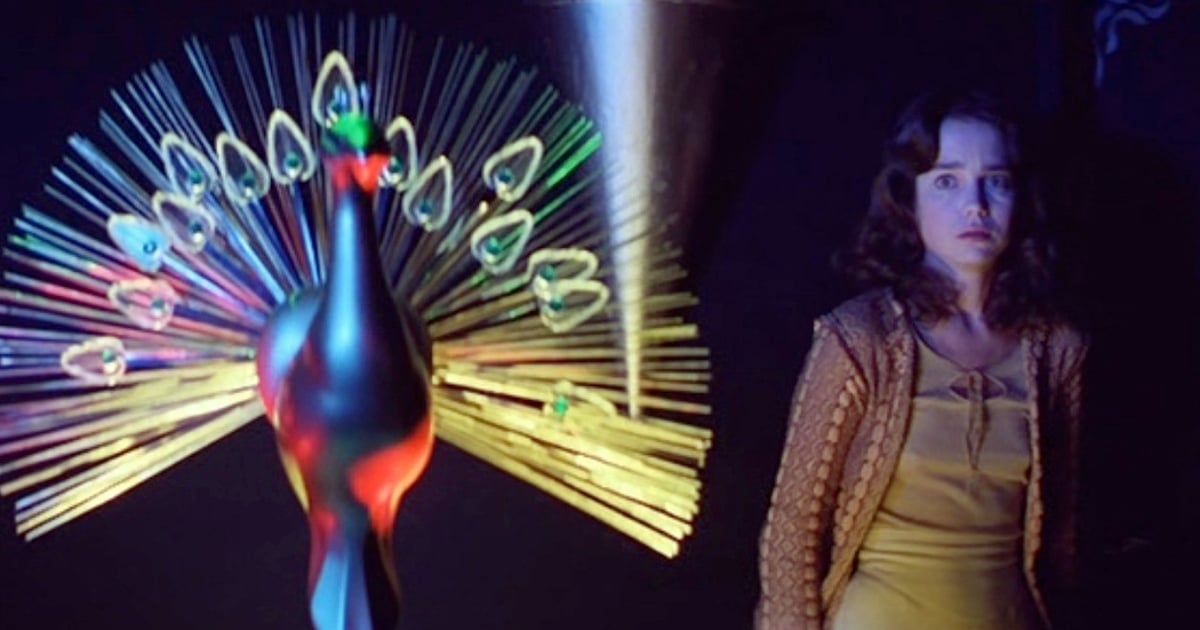 Dario Argento, the master choreographer of the distinctly Italian art of horror known as giallo, was the pop-art fabulist of the slasher movie set. He was popular in Europe but a cult figure among horror fans in the U.S. Suspiria (Italy, 1977), a stylish, surreal, downright puzzling piece of seventies Grand Guignol weirdness, was his only American hit.

Jessica Harper is an American ballet student in a creepy European dance academy run by Joan Bennet and Alida Valli, who seem to preside over a series of bizarre murders as well. The story has something to do with witchcraft and a coven that has made its home in the sinister school, but then plot was never Argento’s strength. Suspiria’s fame comes from operatic set pieces of lovingly choreographed violence—one involving a stained glass ceiling, another a swim through a room filled (for no explicable reason) with razor wire—and Argento’s dreamy cinematography and vivid, full blooded imagery.

It never really made sense, but in an era filled with masked brutes hacking up kids and co-eds, Argento brought a grace to the vicious business of murder and a dream logic to terror. Which may be why his other films have found little favor in the U.S., where audiences are more interested in literal explanations.

Luca Guadagnino remade, or rather reimagined, the film in 2018 with Dakota Johnson and Tilda Swinton (it streams on Amazon Prime

Add to My List. Kanopy is available for free through most public and college library systems.