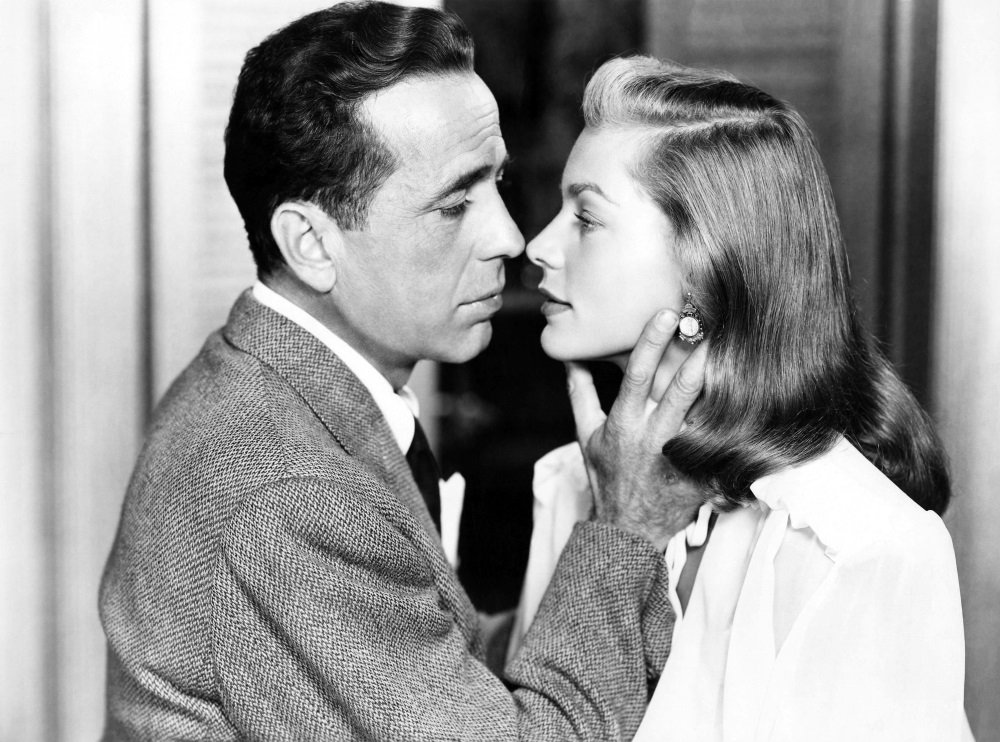 Humphrey Bogart is as an innocent man on death row for the murder of his wife who, in the opening minutes of this Dark Passage (1947), escapes from San Quentin to clear his, yet his face isn’t even seen through the first act of this classic film noir. Instead we see his escape almost entirely through his eyes, a first-person account with the voice of Bogart guiding our point of view, until he emerges from plastic surgery with his face covered in bandages (a temporary situation; the bandages come off to reveal the scuffed face of Bogart soon enough).

It’s not a gimmick so much as a creative solution to a practical problem and director Delmer Daves knows when to cut away to enhance the tension. Lauren Bacall is the Good Samaritan who aids his escape and puts him up during his recovery. She believes his story wants to help him out. In fact, almost everyone he meets, including a chatty, streetwise taxi driver (Tom D’Andrea) and the plastic surgeon (Houseley Stevenson), are on his side, while it becomes clear that conniving, acid-tongued busy-body Agnes Moorehead, who once had designs on Bogie’s character and then turned vicious when he married another woman, is the true villain of the story.

The plot is a stretch even in the realm of classic crime melodrama and film noir, not that it’s an issue when you have the chemistry of Bogie and Bacall (this is the third of four films they made together) and great use of San Francisco locations. It plays more like a glossy chamber piece of a film noir, taking place mostly in the daytime in well-lit apartments and out on the streets in hard daylight, and it has a dynamic punch of a climax that is dramatically and visually startling and reveals just how psychologically monstrous the film’s villain truly is.

It’s based on a novel by noir fiction master David Goodis and costars Bruce Bennett.

Leaves HBO Max at the end of September. Add to My List on HBO Max

Bogie and Bacall: The Signature Collection – The Big Sleep / Dark Passage / Key Largo / To Have and Have Not [DVD]

The Warner Bros. DVD and Blu-ray includes a featurette and a bonus Bugs Bunny cartoon featuring Bogart and Bacall caricatures