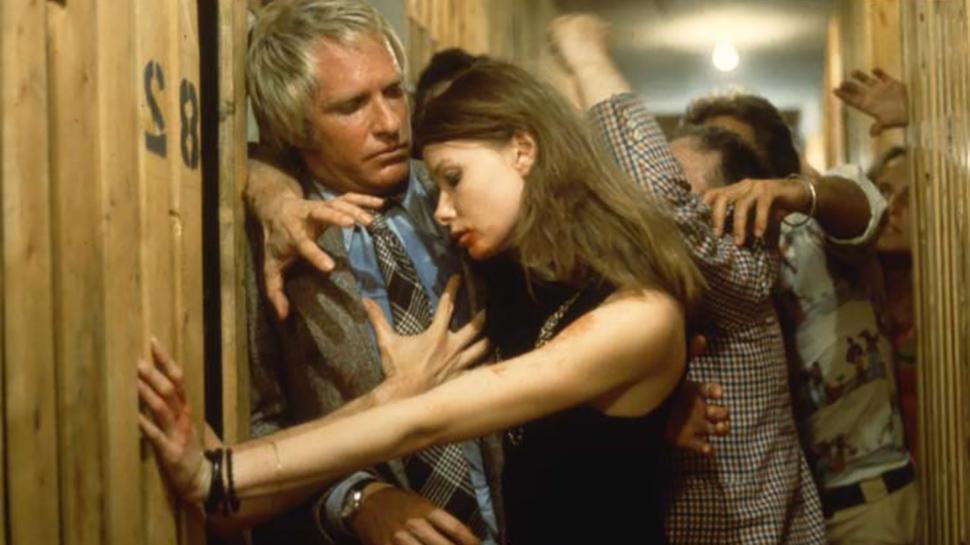 Shivers (1975) is early, raw David Cronenberg, working out subversive ideas on a low budget and limited means to present Canada’s first domestic horror film. Also known under the alternate titles They Came From Within and The Parasite Murders, Shivers is an ingeniously engineered slash of thoroughly modern horror that, like George Romero’s Night of the Living Dead, charts a social breakdown by tearing through our most intrinsic taboos.

A genetically engineered designer parasite—part aphrodisiac and part venereal disease—created by a modern-day mad scientist spreads like the clap (the “Typhoid Mary” is a philandering teenager screwing most of the men in the building) into a colorless, self-contained apartment complex and goes searching for hosts. This monstrous parasite multiplies and invades the alienated occupants, turning them into a pack of id-driven sex maniacs.

Cronenberg’s suffocating vision of modern life turns his budgetary limitations—dreary, bland sets, flat lighting, and numb performances—into a severe portrait of society out of touch with its physical and emotional existence. Cronenberg pushed the boundaries of gore in 1974, but more insidious is the way he pushes the boundaries of behavior: under the influence of this invasive disease, families turn to incest and murder, strangers sexually assault the helpless, and finally they band together as a pack of bloodthirsty, voracious animals.

Call it night of the living libidos. That taboo-breaking display still has the power to get under your skin. In the words of the original trailer: “If this picture doesn’t make you scream and squirm, you should see a psychiatrist – quick!”

Streams free on Hoopla, which is available through most public and college library systems.