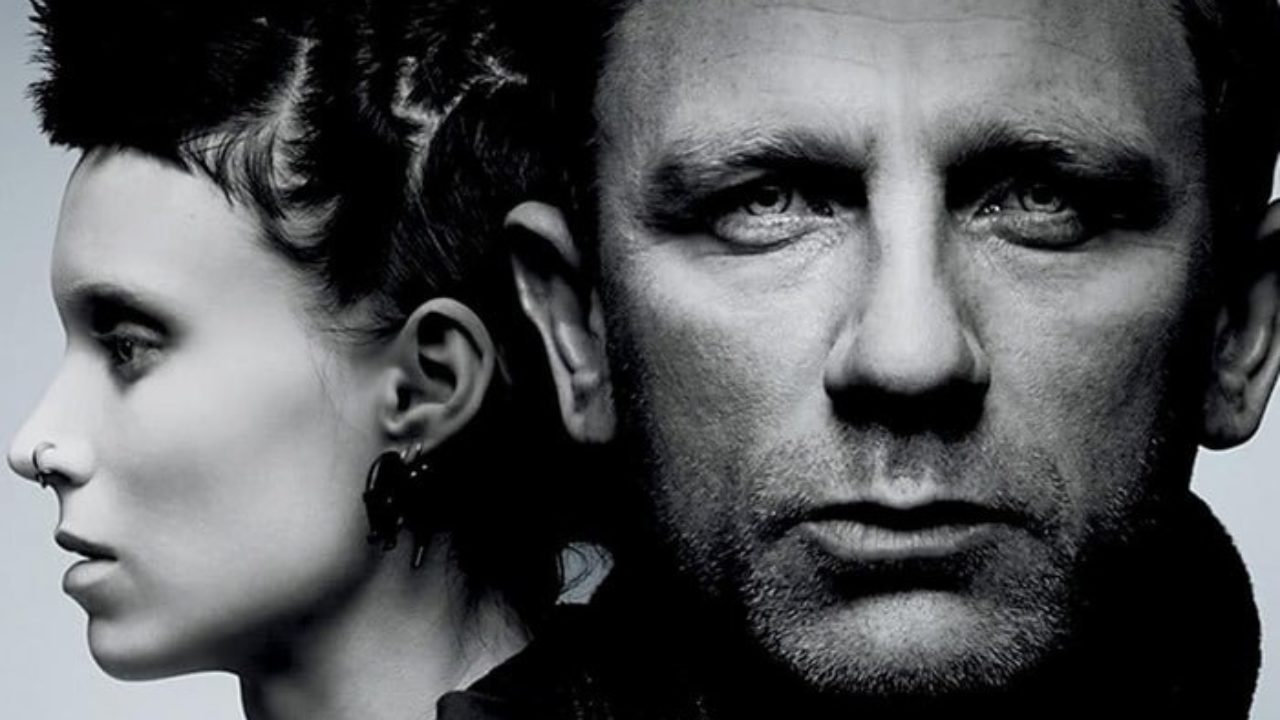 The Girl with the Dragon Tattoo (2011), the American screen adaptation of the Swedish bestseller directed by David Fincher and scripted by Steve Zaillian, is a darker, richer, more compelling adaptation than the original Swedish version. Yes, after all those years of complaining about uninspired remakes of European films, we actually get to see a more accomplished and more interesting version stateside.

Technically you could say it’s not a remake so much as a new version of the novel by Steig Larson, which is true enough. It was a book before it was a movie, the first book in what became “The Millennium Trilogy,” and Lisbeth Salender was a dynamic, defining character before Noomi Rapace made her flesh in the original film. As in the 2009 Swedish film, Salender is a loner computer hacker, a survivor of what we can only guess must have been a brutal childhood, who allies herself with investigative journalist Mikael Blomkvist (played here by Daniel Craig) when he’s hired by a reclusive millionaire (Christopher Plummer) to find the truth behind the death of his 40 years ago.

Fincher goes another way with the iconoclastic character: Rooney Mara is a less commanding and ferocious presence than Rapace, but she is more guarded, unpredictable, and ultimately more dangerous. Small of stature, she makes up for her size with ferocity; when a thief grabs her laptop and runs, she responds with cold fury and tenacity, refusing to be intimidated, bullied, or preyed upon. She’s the one that really charges the story, not Blomkvist and his detective work.

In addition to the full-blooded characters (including members of the millionaire’s family played by Stellan Skarsgard, Robin Wright, and Steven Berkoff), Fincher makes the island compound into a world of its own, where everyone lives a stone’s throw from one another yet in complete isolation. The imagery echoes the emotional dislocation beautifully.

It won an Academy Award for film editing and earned nominations for Rooney Mara, the cinematography by Jeff Cronenworth, and the sound. Trent Reznor and Atticus Ross won the Grammy for their score.

Leaving Hulu at the end of December. Add to My Stuff on Hulu

, iTunes, GooglePlay, Fandango, Vudu and/or other services. Availability may vary by service.
The Girl with the Dragon Tattoo [Blu-ray]

The Girl with the Dragon Tattoo [DVD]

The Blu-ray and DVD editions are what you’d expect from a David Fincher production. The DVD features focused, intelligent commentary by Fincher. The three-disc Blu-ray release features the film (with commentary) on Blu-ray and DVD (on a Lisbeth Salender “burn” disc – clever art there) plus a bonus disc with the “Vanger Archives,” a collection of dense, smart featurettes, interviews, production footage and other supplements with a menu that evokes Seven. Fincher takes his filmmaking seriously, and I appreciate how serious he is about sharing that with audiences.