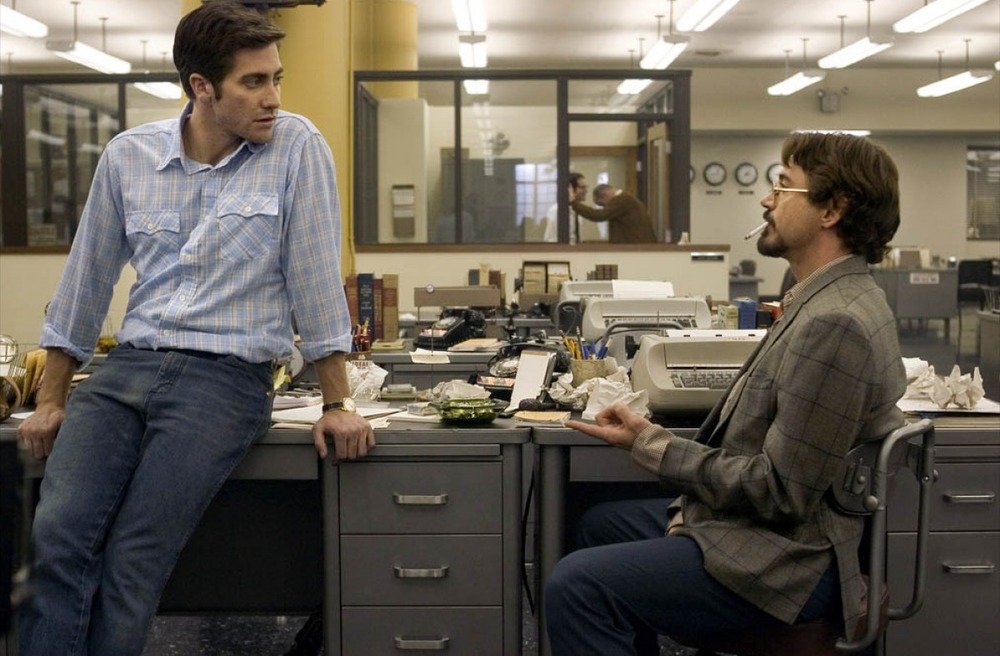 Zodiac (2007), David Fincher’s drama about the notorious unsolved Zodiac killings that had San Francisco gripped in fear during the early seventies, was the filmmaker’s most disciplined, focused, and mesmerizing film to date when it was released in 2007.

Based on the non-fiction book by Robert Graysmith, a newspaper cartoonist who became obsessed with the investigation, it stars Jake Gyllenhaal as Graysmith, a peripheral figure in the San Francisco Chronicle newsroom as the story breaks. Mark Ruffalo and Anthony Edwards play the investigating officers who pursue leads across county and jurisdictional lines and become devastated by the pressure of the case, and Robert Downey Jr. is the reporter who is called out by killer in his enigmatic messages.

The low-key thriller is as much a study in obsession and detail as it is a murder mystery, and Fincher is appropriately obsessive in his attention to detail, from the complexity of the investigation (Fincher studied the case files firsthand in preparation for the film) to his recreation of seventies San Francisco and American culture, right down to his filmmaking choices. Fincher, one of the most technically accomplished American filmmakers, avoids all temptation to impress us stylistically as he draws us into a complex story and a complicated investigation that spans years and reverberates through the culture even longer.

, iTunes, GooglePlay and/or other services. Availability may vary by service.
Zodiac [Blu-ray]

Fincher offers a slightly reworked version of the film for the 2-Disc Director’s Cut. It runs only a few minutes longer and, from what I can tell, the added footage is mostly toward the end of the film, but it’s still essentially the same fascinating film. The director also gives good commentary, offering technical and production details but always relating the technique and tools in terms of the art and meaning. Fincher is articulate and really invites you into his creative process. A second track features stars Jake Gyllenhaal and Robert Downey Jr., screenwriter James Vanderbilt, and producer Brad Fischer, joined by author and true crime aficionado James Ellroy, who (nit-picks aside) loves the film: “The dramatic arc of this film is unlike any other crime film ever. There are no acts. It’s an accumulation and accretion of detail that is all logically underpinned and makes perfect sense. You are situated within the film and the film is entirely coherent all the way through.” The second disc is divided into sections on “The Film” (featuring the well-made 54-minute making-of documentary “Zodiac Deciphered” and a shorter featurette on the visual effects) and “The Facts” (with the feature-length documentary “This is Zodiac Speaking” and the 42-minute profile of the prime suspect, “His Name Was Arthur Leigh Allen”). They are substantial supplements to a worthy special edition.