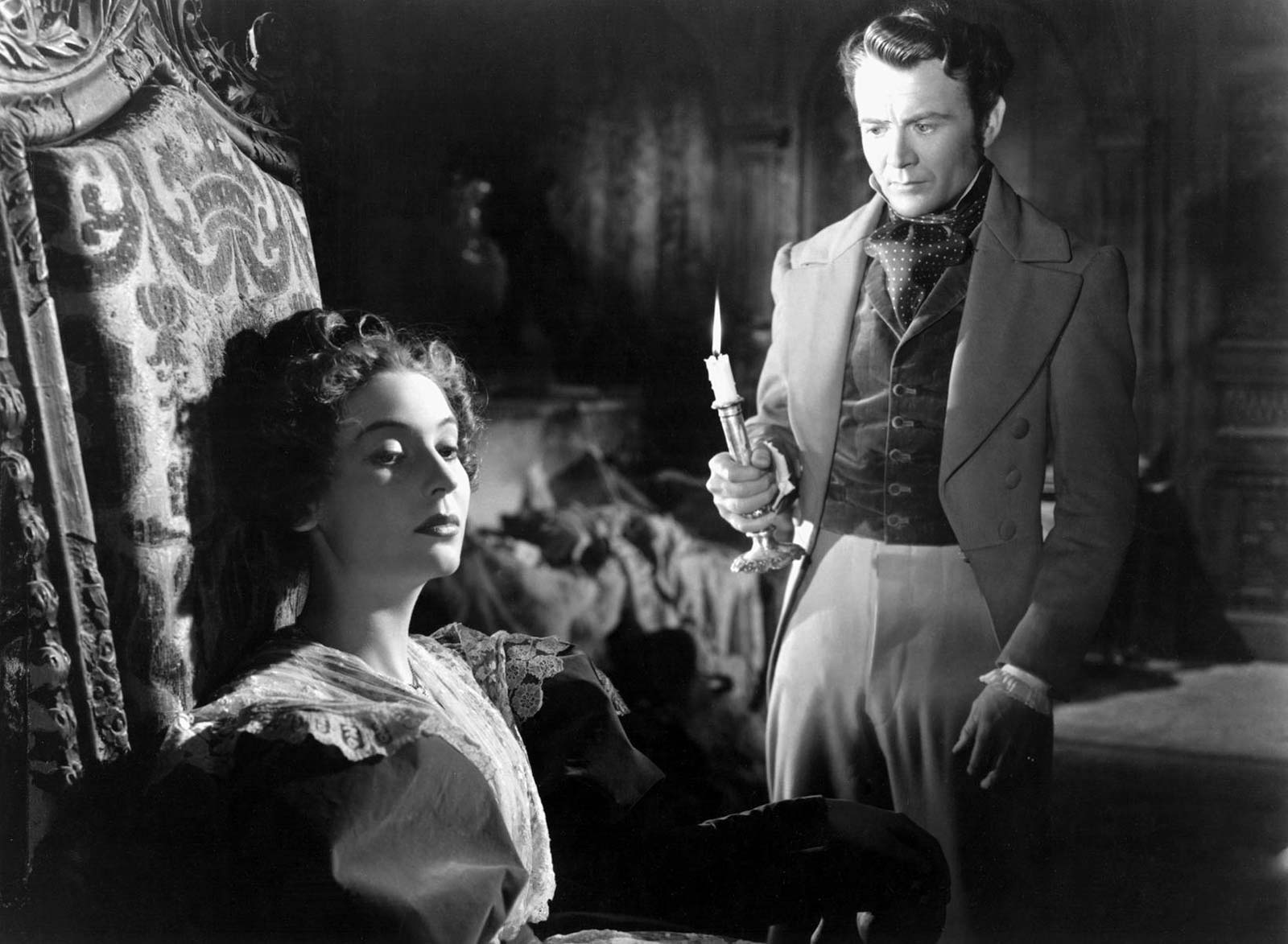 Great Expectations (1946), David Lean’s handsome adaptation of Charles Dickens’ classic novel, captures the warm humor and richness of character that so many filmmakers miss in their reverent recreations of Victorian England.

From the nightmarish opening sequence on the windswept graveyard where young orphan Pip (Anthony Wager) meets the desperate escaped criminal Magwitch (Finlay Currie) to the shadowy, musty mansion of the widow Miss Haversham (Martita Hunt) where he first meets the impertinent young beauty Estella (Jean Simmons), Lean captures a childlike exaggeration of reality with his elegant expressionism. When Pip’s sudden change in fortune sends him to London, a burgeoning gentleman in high society, Lean sketches a beautiful, bustling city.

John Mills’ performance as the adult Pip charts his change from the wide eyed wonder and generous spirit of the child he was to the class snob money and social standing has brought him, an ugly flaw that Pip confronts when his mysterious benefactor is finally revealed. The outstanding cast also features Valerie Hobson as the grown up Estella, now a beguiling enchantress, a bright young Alec Guinness in his film debut as Pip’s jovial London roommate Herbert Pocket, and the imposing Francis L. Sullivan as the decidedly humorless lawyer Jaggers. Exquisitely photographed by Guy Green (who won an Oscar for his work), Lean and his collaborators effectively maintain the heart of Dickens’ epic drama within while cutting it to its essentials in this vivid, compelling drama.

It was nominated for five Academy Awards and won two, for cinematography and art direction.

Add to Amazon Prime Watchlist or My List on Criterion Channel

Also DVD and on SVOD through Amazon Video