Lawrence of Arabia (1962), David Lean’s epic adventure based on the true-life story of T.E. Lawrence (played by Peter O’Toole in a compelling, complex performance), is the most beautiful big screen film ever made, which means it’s grandest attributes suffer on video no matter how big your screen is. It’s also a fiercely intelligent drama and that is evident in any format.

As much larger-than-life character study as war drama, the film made a star of Peter O’Toole, whose intense performance brings T.E. Lawrence alive as the blue-eyed desert warrior and obsessive dreamer who united the warring Arab factions into a fierce guerrilla force in World War I. He’s a magnificent character, both a near mythic figure in a white robe sweeping through North Africa like a messiah and a respectful humbled by the vastness of endless sands, and tragic one when he starts to believe his own legend.

Lean shows us the desert through the eyes of Lawrence, who sees a majesty and a purity in this world and respects its elemental power as the Bedouin do, and he constantly reminds us how small and frail human life is within this unforgiving environment. Under the best screening circumstances, you can feel the ordeal of flesh and blood human beings under the searing sun on the anvil of the earth.

The superb cast includes Omar Sharif, Sir Alec Guinness, Anthony Quinn, Jack Hawkins, Jose Ferrer, Claude Rains, and Arthur Kennedy, among the major players. O’Toole was the new kid among the old pros and he doesn’t just hold his own against them, he burns an indelible presence into the center of the film.

Lawrence of Arabia is a modern approach to a classical work of Hollywood cinema and the most finely crafted and brilliantly directed epic ever created. It won seven Academy Awards, including Best Picture, but the complete version was unavailable for decades and David Lean himself never completed his definitive cut of the film before the film was premiered and subsequently edited down for wide release

In 1988, the film was famously reconstructed and restored with the close participation of Lean, who took the opportunity to finally fine-tune his definitive cut, and it was re-released in grand manner in 1989, with new 70mm prints struck for show palace presentations in addition to conventional 35mm prints. At that time, however, photochemical restoration could only repair so much of the age- and heat-related damage to the original materials and an exhaustive 4k digital restoration of that restoration, using newly-available digital tools to repair previously irreparable footage and pull out a clarity beyond what was not possible before, was released in 2012. That definitive version has since replaced all previous editions.

It has been released on numerous DVD and Blu-ray editions from Sony but Lawrence of Arabia: Fiftieth Anniversary features the long-awaited Blu-ray debut of the film mastered from an exhaustive 4k digital restoration. How does this look? To quote T.E. Lawrence: “It’s clean.” Yes, and it’s clear and sharp and strong, as beautiful a Blu-ray as you’ve seen. The original camera negative was scanned at 8k, creating an enormous digital snapshot of every frame of film to work from. Home Theater Forum contributor and veteran film archivist Robert Harris, who worked on the original 1989 restoration, gives this digital restoration and the Blu-ray production the highest marks possible.

It debuts in a two-disc edition and four-disc Limited Edition box set. Both versions offer the exclusive new featurette “Peter O’Toole Revisits Lawrence of Arabia” and the picture-in-picture “Secrets of Arabia” video track along with supplements from the previous DVD special edition: the hour-long “The Making of Lawrence of Arabia” by director/producer Laurent Bouzereau, a 10-minute “conversation” with Steven Spielberg (who shares his memories and appreciation of the picture), four curious vintage documentary featurettes all under 5 minutes long (“Maan, Jordan: The Camels Are Cast,” “In Search of Lawrence,” “Romance of Arabia,” “Wind, Sand and Star: The Making of a Classic”), and other newsreel odds and ends including footage from it New York premiere among.

The star attraction of the four-disc Limited Collector’s Edition is the never-before-released extended version of the “Balcony Scene” with Peter O’Toole and Jack Hawkins, a sequence that Lean was unable to put back into his reconstruction due to missing elements. The producers of the disc have not inserted it into the film—for better or worse, the version presented here is the one that Lean signed off on in 1989—but this sequence is legendary among Lawrence fans and editor Anne V. Coates puts it in context in a video introduction. Finally seeing it is a true pleasure.

Also exclusive to the Limited Collector’s Edition is a featurette on the restoration, a new interview with Martin Scorsese, archival interviews with William Friedkin, Sydney Pollack, Martin Scorsese, and Steven Spielberg, more vintage featurettes, trailers and TV spots, and a soundtrack CD with two previously unreleased tracks, plus an 88-page coffee table book and an authentic 70mm film frame (newly printed and numbered), all packaged in a substantial gift box slipsleeve. 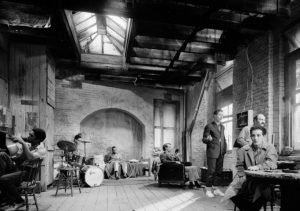 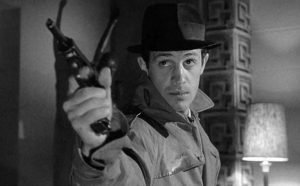 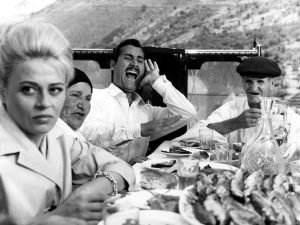