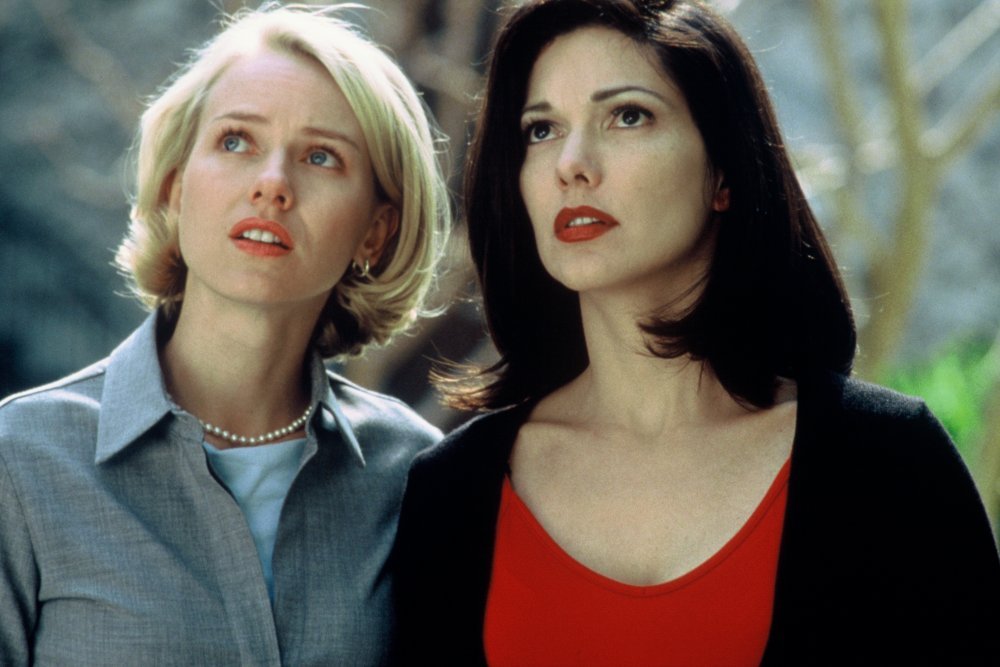 Mulholland Dr. (2001) – David Lynch pulled a near magic trick in what can only be an exercise in creative rewriting and re-conception. Taking an open ended TV pilot rejected by the networks, he added 45 minutes and created closure in a weird, mystical logic that, in its unique Lynchian way, makes a twisted emotional sense.

The first 90 minutes is directed in a stripped-down TV style where dozens of characters erupt around twined stories of sunny country girl in the big city Betty (Naomi Watts), an aspiring actress who adopts sultry amnesiac brunette Gilda (Laura Harring), who survives a car wreck and staggers into Betty’s apartment, where Betty finds her. In the shower. They quickly become besties. There’s a filmmaker (Justin Theroux) being muscled by the mob, a hitman whose bad luck leaves a trail of corpses in his wake, and Robert Forster and Brent Briscoe as a pair of cops out of a 1950s film noir who show up in the opening scene and are never heard from again.

The story of Nancy Drews peeling back the dark secrets of a dirty big city full of mobsters, hit-man, demonic street people, demonically happy tourists, and old show-biz survivors (a terrific Ann Miller as the apartment building manager) takes a fevered twist at the 90 minutes mark—the end of the pilot and beginning of Lynch’s inspired re-imagining of the material—when the universe rips a new reality for the girls. We’re in similar territory as Lost Highway, where a terrible, transgressive act against a loved one has such force that rewrites the world.

There’s a magic show and a haunted nightclub that boomerangs them into a new reality. More than simply weird and spooky, this is Lynch plumbing the personal worlds of the haunted, the guilty, and the emotionally tortured, with fevered colors and aching music slowly turning this into a supernatural melodrama.

David Lynch earned an Oscar nomination for his direction and won the best director award at the Cannes Film Festival (shared with the Coen Bros.)

and other services. Availability may vary by service.
Mulholland Dr. (The Criterion Collection) [DVD]

Pingback: What to stream: The complete 'Twilight' saga on Amazon Prime Video, 'The Sinner' on Netflix, 'Borg vs McEnroe' on Hulu - Stream On Demand
Comments are closed.