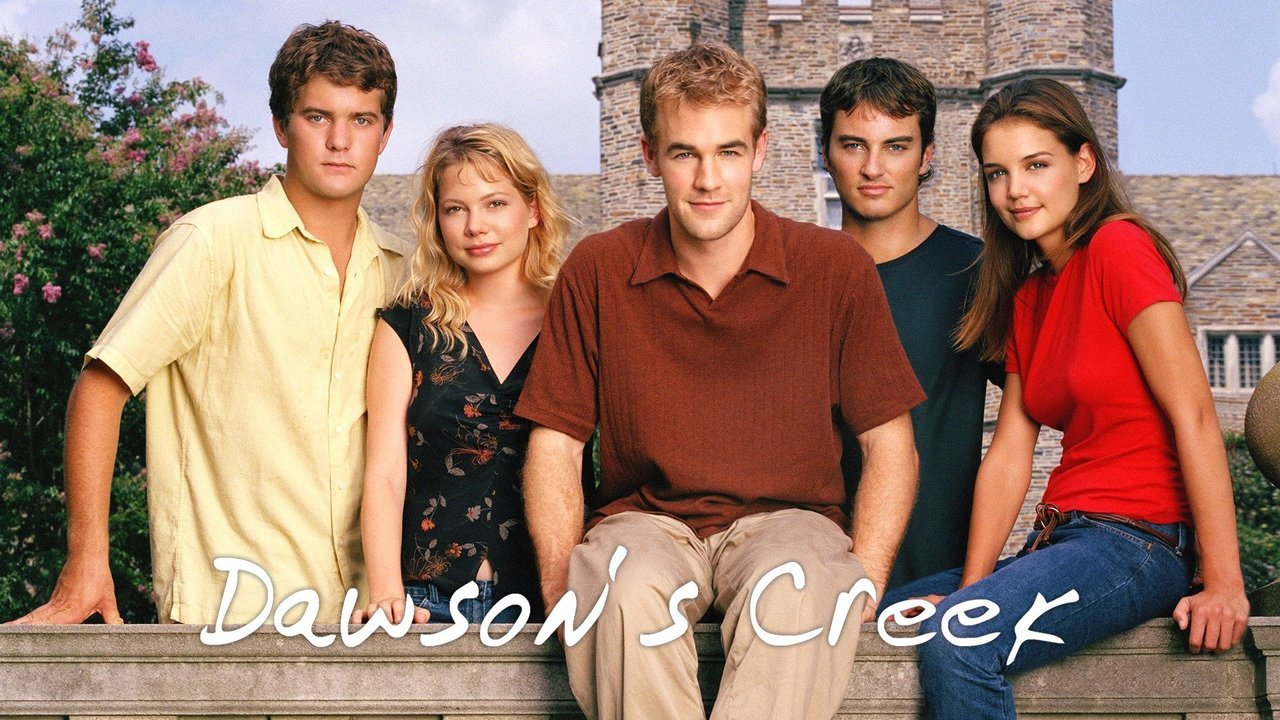 After making his name with the Scream franchise, Kevin Williamson turned from teen horror to semi-autobiographical coming-of-age drama with Dawson’s Creek (1998-2003). His hit young adult series was a nicely crafted rural response to Beverly Hills 90120 that become one of the defining shows of the fledgling WB network.

James Van Der Beek stands in for Williamson, a movie-mad high school kid who wants to be a filmmaker while struggling through a first crush (displaced city girl Michelle Williams), palling around with his almost unbearably glib buddy (Joshua Jackson, who matured nicely over the course of the show), and realizing that his best friend since childhood (Katie Holmes) is growing up into a beautiful young woman. The first season has its moments of melodrama but maintains a nice focus on the characters, which gives the talented cast the opportunity to make something of their relationships beyond the tribulations of teen soap opera.

Kerr Smith and Meredith Monroe join the cast as siblings Jack and Andie in season two, which tackles such issues as teens dealing with divorce, depression, drink, sexual orientation, and the disappointment of children in parents who don’t live up to their obligations. The romantic tantrums and manufactured melodrama of high school sophomore Dawson and his best friend turned sweetheart Joey gets a little precious but the journey of out-of-place city girl Jen, who falls back into drink and sex when she feels outcast from her little group, is presented with a remarkable lack of judgment. There is a coming out (still rare to see on TV at the time) and watching Pacey grow up and commit himself fully and selflessly to Andie, an outwardly lively teen under serious emotional torment, is rousing.

Kevin Williamson left the show in the third season and it became more of a soapier see-saw of romantic complications. Jack, still coming to terms with his homosexuality, becomes the football team’s star receiver and the best friend to wild child Jen, who proudly walks out of step with the rest of the school and is, much to her chagrin, rewarded by being made head cheerleader and homecoming queen. Dawson and Joey continue their awkward dance, which is constantly interrupted as they change partners and obsess. Tossed into the mix this year is a freshman quarterback (Michael Pitt) goofy in love with junior Jen and a sexy, seductive, and very brazen older girl (Brittany Daniel) who sets her hungry smile and laser eyes on Dawson.

The kids graduate high school in season four, as Dawson and Joey break up and she ends up in an unlikely romance with Pacey, and they head out of Capeside for college—or, in the case of Pacey, to explore his other options—in season five. Yet for all their separate trajectories it’s only a matter of episodes before they all end up in Boston. At different colleges perhaps, yet once again hanging out. Busy Phillips only gets guest star credit but essentially joins the cast as Joey’s boy-crazy roommate (she’s a spirited addition) and future WB headliner Chad Michael Murray (One Tree Hill) has a recurring role as a seductive rock band guitarist.

The sixth and final season returns to the filmmaking dreams that Dawson has been chasing since the first season, first as an assistant on a horror film shooting in Boston, and then finally helming his own independent project: yet another indie film tribute to Joey made by Dawson and the old crew. Kevin Williamson even returns to write the feature-length finale (his first contribution since leaving after season two), which takes the five longtime friends five years into the future, where differences and resentments make for a rough reunion when a happy event and a crisis brings them together one last time.

Needless to say, this show launched a few careers (Michelle Williams alone has earned four Oscar nominations and an Emmy Award), but more importantly it gave the characters of teen TV a little respect, something only a few other shows bothered to do. And while My So-Called-Life and Freaks and Geeks only lasted a single season, this show went on for six seasons. There’s romantic melodrama to be sure—teens make the same mistakes and it’s a bit monotonous to see communication shut down and doubt overcome reason over and over again (especially when binged)—but it’s a smartly written show that is remarkably non-judgmental of its characters most of the time.

Mary Beth Peil costars as Jen’s grandmother, the only adult there for the wholes series.

The seasons are available individually on DVD or in a “Complete Series” box set on DVD and Blu-ray, with commentary tracks and featurettes, and with some music changed from the original broadcasts (including an alternate theme song on the later seasons). The “Complete Series” set includes an exclusive bonus disc with a 17 minute interview with creator Kevin Williamson, who revisits the origins, casting and the general narrative of the first couple of seasons that he developed, and a less essential trivia game, and there’s a bonus CD soundtrack with five songs (including the original theme “I Don’t Want to Wait” by Paula Cole).