Luciano Ercoli isn’t the most well-known or prolific directors in the distinctly Italian giallo genre of horror films but he made his mark with a pair of sleek and sexy and stylish films with Spanish actress Nieves Navarro (under the screen name Susan Scott) and leading man Simón Andreu and screenwriters Ernesto Gastaldi and Mahnahén (aka May) Velasco.

Death Walks on High Heels (Italy, 1971), the first in his Death Walks double shot, opens on an attention-grabbing set piece: a masked figure with a big knife stalks and stabs a man on a train, but the real object of his hunt is missing.

The victim is—or rather, was—a notorious jewel thief and the police immediately pay a call on the dead man’s daughter Nicole (Nieves Navarro), a celebrity stripper in Paris. So does the killer, who terrorizes her with a knife and the threat of brutal sexual violence unless she hands over the jewels from a recent heist. She hadn’t a clue as to where her estranged father stashed his loot but neither the police nor the killer believe her. As for her hot-tempered boyfriend Michel (Simón Andreu), we’re not exactly sure what he believes. He’s an opportunist kept in high style by Nicole, a situation that tends to bring out the resentment of the ne’re do well. The setting may be France but his attitude is pure Italian machismo, slapping Nicole around to establish the alpha male dominance while living off her earnings.

That makes him the prime suspect but certainly not the only one. Frank Wolff is the friendliest stalker on the stripper circuit, following Nicole from venue to venue and finally whisking her out of the country to his English seaside villa to escape the killer and the cops. (Key scenes with Paris and London landmarks were shot on location but otherwise Spain and Italy stand in for France and Britain.)

The quirky Inspector Baxter (Carlo Gentili), a sardonic police investigator with a dry wit and a slow-witted assistant (George Rigaud), is right out of the pulpy German mystery genre known as krimi, as are the masked killer (whose faceless appearance is just as much about instilling terror as concealing identity), the gallery of eccentric suspects, and the splashes of gallows humor. And then there’s the voyeurism and the disembodied eyes. The operatic, intense close-ups that Sergio Leone turned into a stylistic trademark of the spaghetti western are transformed by Ercoli into mystery and menace: the eyes of unidentified onlookers, isolated in extreme close-up or framed by the holes of a mask or the lenses of glasses, binoculars, and telescopes. Nicole can’t escape the gaze of lusting men even in hiding and just who is doing the watching is as much a mystery as who is behind the mask.

Ercoli doesn’t escape the brutality inherent in the genre but neither does he lean on it, and he has an eye for sleek design and modern settings, a nice touch in a genre that tends toward the Gothic. And Navarro is a terrific leading lady with a lot more agency than many of the women terrorized in the genre.

The team reunited for the even more modern and stylist Death Walks at Midnight just a year later.

Not rated, in Italian with subtitles

The Blu-ray and DVD releases from Arrow are remastered from a 2K restoration from original camera elements and feature both Italian and English language soundtracks with optional English subtitles, plus commentary by giallo historian Tim Lucas and interviews with director Luciano Ercoli and actress Nieves Navarro from 2012 (24 mins), screenwriter Ernesto Gastaldi from 2015 (32 mins), and composer Stelvio Cipriani from 2015 (26 mins), and a brief video introduction by Gastaldi.

It’s also available in a Blu-ray+DVD 4-disc box set with Ercoli’s Death Walks at Midnight and an accompanying 60-page booklet with new essays by Danny Shipka, Troy Howarth, and Leonard Jacobs. The box set is limited to 3000 copies. 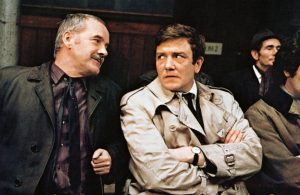 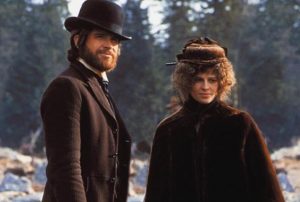 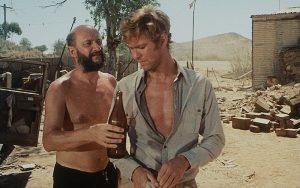