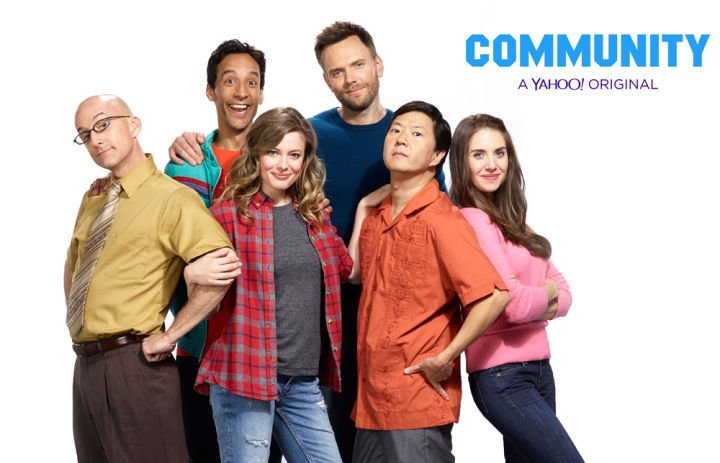 “Community,” the inventive sitcom about a misfit group of community college students that NBC cancelled after five hilarious but ratings-challenged seasons, comes back for Season 6 as a web exclusive. The first major production from Yahoo! Screen has a smaller study group (Joel McHale, Gillian Jacobs, Alison Brie, and Danny Pudi with Ken Jeong as the eternal odd man out) and some new characters (Paget Brewster and Keith David), but if the chemistry is a little different, creator Dan Harmon keeps his crazy Greendale universe alive and unhinged. Two episodes are currently available with a new episode added every Tuesday.

It’s Yahoo’s first serious effort to turn their online video channel from a collection of clips from Comedy Central shows, music videos, trailers, and programming from various partners. And to sweeten the deal, there are no subscription fee and no commercials. Yahoo! Screen has apps for iOS and Android and is available through Roku, Apple TV, and Xbox as well as from the Yahoo! Screen website.

Pingback: What to watch the week of Friday, March 20 - Stream On Demand
Comments are closed.