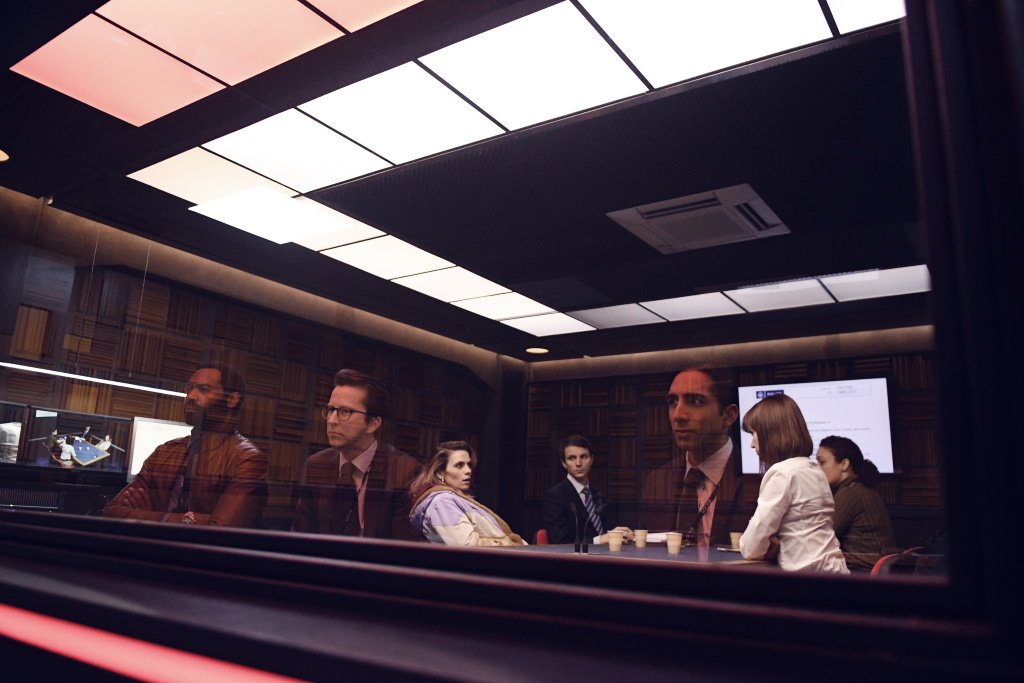 The new Netflix original crime drama “Criminal” (with subtitles) is a police procedural that spans multiple stories across four countries (you access the episodes from France, Spain, Germany and United Kingdom separately) yet takes place almost entirely inside the interrogation room as investigators probe stories and challenge suspects. Among the suspects grilled are David Tennant, Hayley Atwell, Nathalie Baye, and Jérémie Renier. 12 episodes streaming on Netflix.

Peter Jackson brings history to life in “They Shall Not Grow Old” (2018, R), a documentary on the experience of British soldiers in World War I created entirely from archival footage and interviews. The film, which uses state-of-the-art digital effects to restore damaged film footage, was a hit on special event screenings and eventually earned a brief, successful theatrical run. Jackson’s transformation of the footage is incredible and the soundtrack of World War I veteran interviews is compelling. Available on all HBO platforms.

“Inside Bill’s Brain: Decoding Bill Gates” (2019, not rated) is a three-part documentary from Academy Award-winning director Davis Guggenheim that focuses on the passions and philanthropy of the Microsoft billionaire and features extensive interviews with Gates himself. Streaming on Netflix.

“Surviving R. Kelly” (2019, TV-MA) gives voice to the women abused by the R&B superstar and explores the culture that protected him. The six-episode documentary led to criminal investigations after it aired on Lifetime. It’s now streaming on Netflix.

BET+, a new streaming service devoted to programming from black creators for African American audiences, launches this week with hundreds of hours of movies and TV shows (including the hit sitcom “Martin“) and two new original comedies exclusive to BET+. “First Wives Club,” a TV adaptation of the 1996 movie from “Girls Trip” writer Tracy Oliver, stars Jill Scott, Ryan Michelle Bathe, and Michelle Buteau as best friends in New York City. “Bigger” stars Tanisha Long as a single black woman in East Atlanta. Three episodes of each show are available at launch with new episodes arriving on a weekly basis. BET+ is $9.99 per month.

Cult pick: “Shadow of the Vampire” (2000, R) reimagines the making of the landmark horror classic “Nosferatu” with a real vampire (Willem Dafoe in an Oscar-nominated performance) in the leading role. Streaming on Amazon Prime Video.

Zach Galifianakis is back as the most wince-inducing talk show host ever in “Between Two Ferns: The Movie” (2019, not rated), a Netflix Original comedy based on the “Funny or Die” show. Keanu Reeves, Brie Larson, Matthew McConaughey, Benedict Cumberbatch, Tiffany Haddish, John Legend, and others appear as themselves.

Taissa Farmiga and Crispin Glover star in the gothic horror “We Have Always Lived in the Castle” (2019, not rated), based on the Shirley Jackson novel.

Kid stuff: school kids take on zombies and monsters in “The Last Kids on Earth: Book 1,” a new animated series based on the bestselling novels for middle school readers.

“Savage X Fenty Show” (2019) takes audiences behind the scenes of the star-studded 2019 fashion and music event produced by Rihanna and featuring performances by Halsey, Migos, DJ Khaled, and others.

A ship transporting people from the dying Earth to a Mars colony goes off course in “Aniara” (Sweden, 2019, R, with subtitles), a science fiction thriller turned social commentary.

Kid stuff: “Curious George” (2006, G) brings the storybook monkey to the big screen with a voice cast that includes Will Ferrell and Drew Barrymore. Also new are more episodes of the Cartoon Network revival of “The Powerpuff Girls” (Cartoon Network)

“Welcome to Marwen” (2018, PG-13) uses animation and fantasy to dramatize the real-life story of artist Mark Hogancamp (played by Steve Carell), who lost his memory after a brutal beating and created his own elaborate healing world through art and storytelling. Oscar-winning filmmaker Robert Zemeckis directs.

The Criterion Channel presents “Starring Laurence Olivier,” a collection of 14 films spanning more than 50 years, including William Wyler’s “Wuthering Heights” (1939) with Merle Oberon and David Niven, Tony Richardson’s “The Entertainer” (1960) co-starring Alan Bates and Albert Finney, and his Oscar-winning role as “Hamlet” (1948), which he also directed.