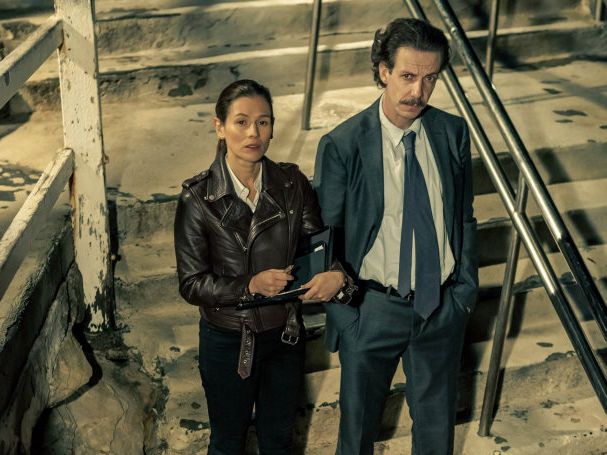 It’s set in Bondi Beach, a suburb of Sydney famous for its tourist beaches and nightclubs that was also a hub of gay culture a couple of decades back, when homophobia was tolerated and violence against gay men was often overlooked by an unsympathetic police force. As Manning and Lustigman investigate the murder of a young gay man, Lustigman finds similarities in a series of deaths dating back 20 years and uncovers a history of hate crimes either buried or simply ignored (chalked up to suicide or accidental death) by the police. She also finds a connection to the death of her younger brother, a gay teenager who kept his identity a secret from their father, a man still in denial.

Stone has the more dramatic role—it’s personal, as they say, and as the younger partner and newest member of the squad, her aggressiveness collides with her boss (William McInnes), who was part of the team that dismissed the earlier deaths—while Taylor plays the slow-speaking old school cop who seems to be part of the network of denial while quietly following the evidence to the truth.

The story is fiction inspired by scandalous real-life events recently brought to light in Australia: hate murders of up to 80 gay men in and around Bondi in the 1970s and ’80s ignored by the police. The four-part series is a well-made police procedural, something that Australian TV has been perfecting in the past few years, with a socially-trenchant theme. As Deep Water confronts the homophobia and brutal attacks on gay men from recent history it reveals a strain still active in contemporary society even as gay culture has come out of the shadows.

Add to My Watchlist on Prime Video or watch it on Acorn TV or stream free on Hoopla, which is available through most public and college library systems.

, iTunes, GooglePlay and/or other services. Availability may vary by service.
Deep Water [Blu-ray]