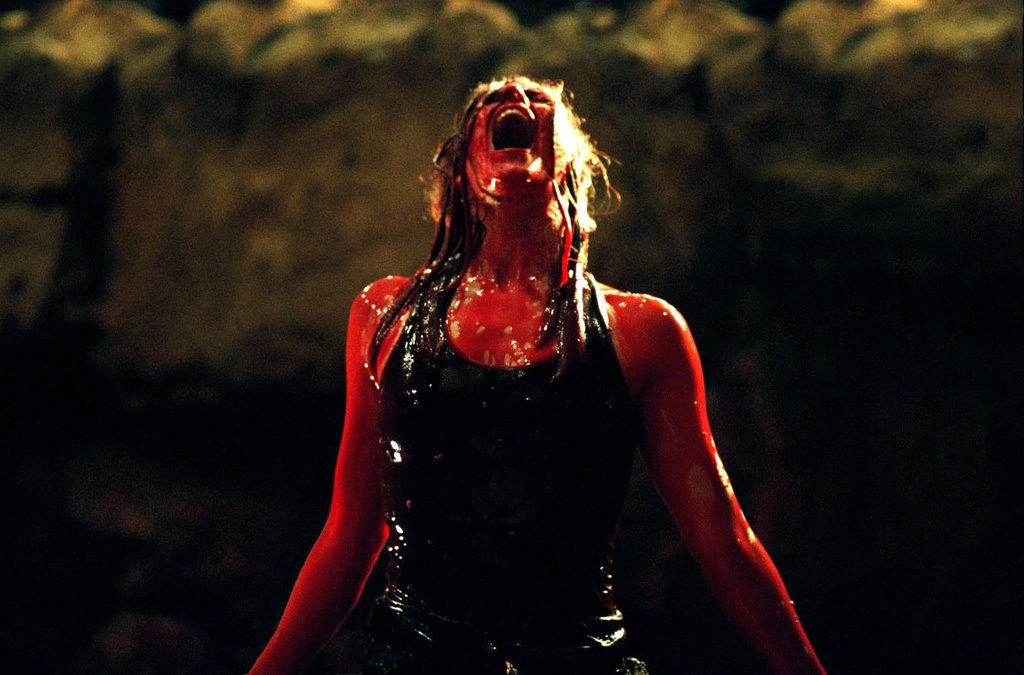 British genre maven Neil Marshall howled his arrival with his werewolf combat thriller Dog Soldiers, a sly and inspired UK hit that made cult ripples stateside. With The Descent (2005), a nerve wracking, claustrophobic survival thriller about six spelunking women hunted by the creepiest cave dwellers to skitter across a screen, Marshall honed his skills to thrilling perfection.

Within five minutes he draws his first gasp from audience when he abruptly and shockingly yanks Sarah’s (Shauna Macdonald) life from under with almost brutal overkill. The horror is not in the spectacle of death (which comes with ruthless efficiency) but in Marshall’s unblinking camera, which straps us in the passenger seat and makes us watch the oncoming fatality as helpless as the victims. It’s a preview of things to come; Marshall is not about the spectacle but the experience.

A year later Sarah reunites with her extreme sports club for what should be a soul-healing journey through a well-traveled Appalachian cave system. The barely traversable crawlspaces should be the first clue that this is not the tourist-friendly tour they signed up for but it takes a cave-in and death-defying obstacles to make them realize they’re in uncharted territory. And they’re not alone.

You could call it a subterranean Deliverance, pitting weekend warrior women against cadaverous “crawlers” (quite literally inbred throwbacks to a savage time) that pick off the weak and the wounded. They are pack predators blind from their underground existence (you can construct your own evolutionary journey for these albino humanoids) who hunt by sound (they screech like bats—creepy!) and scent. Panic hardens into pure survival instincts for Sarah and adrenaline junkie Juno (Natalie Mendoza), who turn as primal as the feral predators.

Marshall is a magpie when it comes to borrowing from past movies, and like Tarantino he makes those stolen moments and striking images his own. Otherwise it’s a film stripped to bloody basics, a ferocious and taut exercise in action horror that recalls early James Cameron, with more gore and less sentimentality. The elements are familiar, but the finished film has an integrity and intensity that makes it feel, if not new, then at least refreshed. It’s intense, unpredictable, and thrilling.

, iTunes, GooglePlay and/or other services. Availability may vary by service.
The Descent (Original Unrated Cut) [Blu-ray]

It was released in separate unrated and R-rated versions on DVD and Blu-ray from Lionsgate. The unrated cut features the complete ending of the original British release, which has a superb coda unseen in American theaters. All editions features commentary by director Neil Marshall and the cast, the featurettes “The Descent: Behind the Scenes” and “DescENDING” (an interview with director Neil Marshall), deleted and extended scenes, outtakes, and a stills gallery.