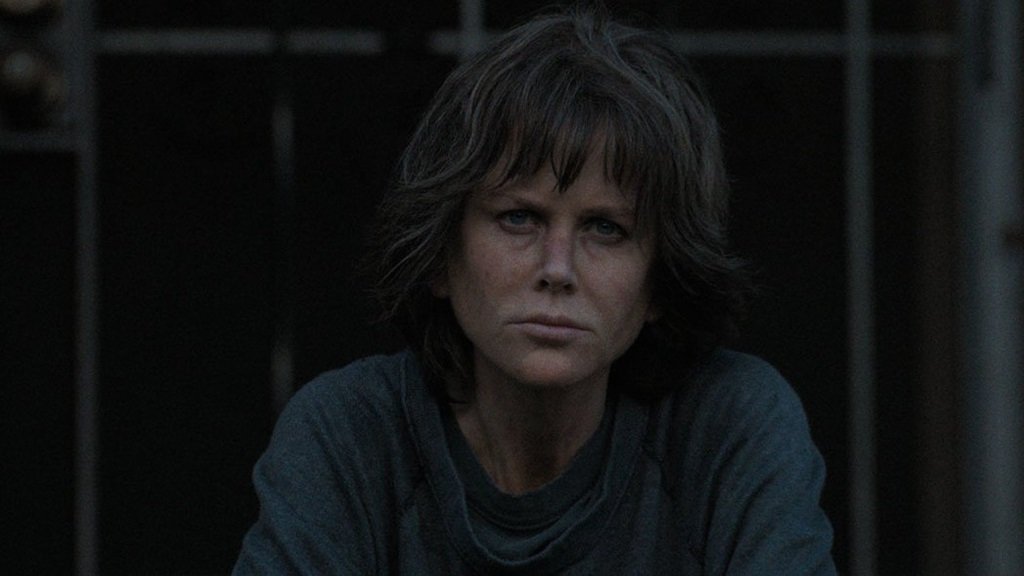 Nicole Kidman delivers a ferocious performance as a damaged police detective in Karyn Kusama’s hard-edged Destroyer (2018, R), a neo-noir crime thriller with a sun-blasted look and a sleek narrative that jumps back in time to revisit the undercover case that haunts the drama.

Toby Kebbell, Tatiana Maslany, and Sebastian Stan costar but Kidman dominates this savage film. She should have earned an Oscar nomination; she ended up with a Golden Globe nomination. Streaming on Hulu.

Netflix launches a half-dozen new shows this week but I call your attention to Special, a semi-autobiographical comedy created by and starring Ryan O’Connell as a young gay man with cerebral palsy (8 episodes under 15 minutes apiece), and Huge in France with Gad Elmaleh as a French comedy star (which in fact he is) who moves to Los Angeles and becomes an instant nobody. Elmaleh developed the Netflix Original Series for his English language debut.

The Acorn TV original series Queens of Mystery stars Olivia Vinall as a newly promoted police detective who gets unsolicited help from her three aunts (Sarah Woodward, Julie Graham, and Siobhan Redmond), all successful crime writers eager to dive into real-life cases. The first two-part mystery is now streaming on Acorn TV and new mysteries debut each Monday through April 22.

Appointment TV becomes appointment streaming as the eighth and the final season of Game of Thrones begins Sunday night on all HBO services.

The Criterion Channel has relaunched as a new streaming service spotlighting classic and contemporary films from around the world, from international masterpieces to Hollywood classics to American independent visions.

The opening launch spotlights a trove of American film noir classics from Mildred Pierce (1945) and the newly-restored Detour (1945) to The Big Heat (1954) and Murder by Contract (1958), plus a collection of films from David Lynch, a selection of Italian masterpieces scripted by Suso Checci d’Amico including Bicycle Thieves (Italy, 1948, with subtitles) and Rocco and His Brothers (Italy, 1960, with subtitles), and the landmark American independent drama Wanda (1970, not rated) from director Barbara Loden. That is in addition to hundreds of classics from such filmmakers as Akira Kurosawa, Ingmar Bergman, Satyajit Ray, Michael Powell, Rainer Werner Fassbinder, and Agnes Varda.

The Criterion Channel is $10.99 a month or $99.99 a year (after a 14-day free trail) and is available via Roku, Amazon Fire, and AppleTV as well as browsers and mobile devices.

Felicity Jones is Ruth Bader Ginsburg in On the Basis of Sex (2018, PG-13), which dramatizes her early career as an equal rights champion, and Steve Carell stars in Welcome to Marwen (2018, PG-13), based on the true story of artist Mark Hogancamp (the subject of the superb documentary Marwencol). Both also on DVD and at Redbox. Also new:

Kiernan Shipka (of Chilling Adventures of Sabrina) is a deaf teenager and Stanley Tucci her father in a world invaded by creatures who hunt humans by sound in the Netflix Original film The Silence (2019, PG-13), which takes a similar premise to A Quiet Place and adds a sinister human cult to the mix.

Zoe Lister-Jones and Adam Pally star in Band Aid (2017, R), a comedy about a married couple who start a band as a form of therapy.

Foreign affairs: a Singapore police detective searches for a missing Chinese migrant worker in the award-winning A Land Imagined (Singapore, 2018, not rated, with subtitles), which makes its US debut on Netflix. Also new:

The original Cloverfield (2008, PG-13), directed by Matt Reeves (Dawn of the Planet of the Apes) from a screenplay by Drew Goddard (The Martian), is a 21st century Godzilla movie for the camcorder generation.

Streaming TV: the final season of the TNT drama The Last Ship is now available.

New this month is the classic courtroom drama Rumpole of the Bailey: Series 1 & 2 (1978-1980) with Leo McKern (additional seasons roll out every couple of weeks) and the BBC documentary Bollywood: The World’s Largest Film Industry (2018).