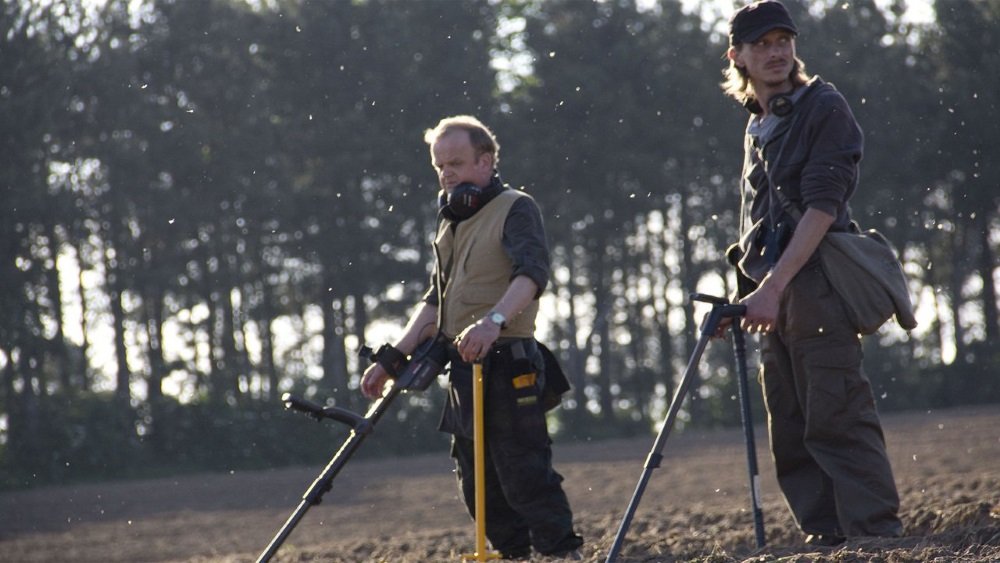 Mackenzie Crook (who played Gareth in the original British The Office) writes, directs, and stars in Detectorists: Season 1 as Andy, one half of a team of obsessed detectorists (the correct name for someone who uses a metal detector, as they are quick to remind anyone and everyone) searching for ancient Saxon treasures in their little pocket of rural Great Britain. Andy lives with his longtime girlfriend (Rachael Stirling), who doesn’t share his obsession but understands his passion and his connection to the eccentric characters of their local club, while his best friend Lance (Toby Jones) still moons over his flaky ex-wife (Lucy Benjamin), who constantly takes advantage of Lance’s fantasies of winning her back from her self-absorbed boyfriend.

The half-hour comedy is set within a distinctive little culture of folks whose idea of a good time is taking their metal detectors to open fields for hours on end, pushing through coins and nails and beer can pop tops strewn through the sod in the hopes of unearthing ancient history. The humor, however, is amiably low key and the easy pace focuses on the characters, their frustrations, and their very human core. Crook lingers on throwaway conversations between Andy and Lance, easygoing moments that define their friendship, and the bad decisions that threaten to unravel the things that really matter: friendship, romance, trust. The meandering pace gives the series the space to settle in to the characters and their culture and the underplayed humor allows the actors to fill out the characters.

The series was produced for BBC and the six half-hour episodes of the first season provides a satisfying arc while leaving things open for a second season, which has already been announced on British TV.

Queue it up on Netflix or watch it on Acorn.

I’ve logged on to Netflix to watch ‘Detectorists’. Although the info is there, I can’t seem to ‘play’ it. Is it not yet available?

It’s is streaming fine for me. I note that your E-mail is .uk. Are you in Great Britain? British and American Netflix offerings are not always the same. Perhaps Netflix UK does not offer ‘Detectorists’ at this time.