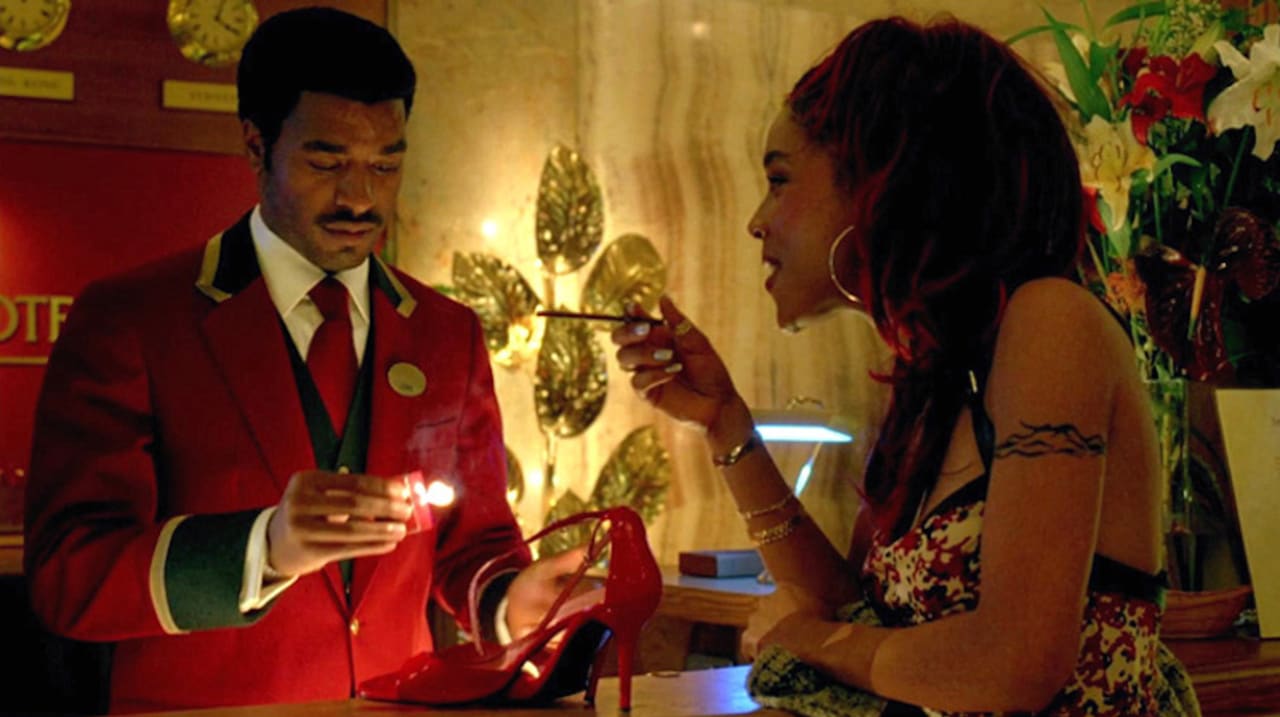 In Dirty Pretty Things (2003), Chiwetel Ejiofor plays Okwe, a once respected Nigerian doctor just trying to preserve his dignity and integrity under the radar of London society. As an immigrant awaiting resident status, he spends his days hustling as a cabbie with a counterfeit license and his nights working the front desk of a would-be luxury hotel, chewing narcotic leaves to stay awake.

In his rare relaxed off hours he plays chess with a Chinese surgeon shrugging by as an overqualified morgue attendant (Benedict Wong) and secretly shares an apartment with a scuffed young Turkish asylum seeker who strikes a tough pose but survives on resilience and determination (Audrey Tautou, satisfactorily kissing off her Amelie cutenes). Okwe plays protective big brother while immigration officials relentlessly harass and hound them.

When Okwe discovers a human heart clogging a toilet in a hotel room rented by the hour by a flirtatious, street-smart hooker (Sophie Okonedo), he steps into an even darker circle of the underworld: black market organs sold by desperate illegals. Sergi López is the thoroughly despicable yet almost likable hotel concierge who blackmails Okwe into becoming his black market surgeon.

The details feel right in Stephen Frears’ social portrait of London’s sub-strata of immigrants, illegals, and asylum seekers until it takes a sliding turn into a black market caper.

The poetic justice is a bit precious for a film otherwise grounded in a tough reality, but there is a guilty satisfaction to it all, and Ejiofor’s haunting performance burns itself into the film, turning the veritable saint on Earth into a moral man seething at the injustice around him even as he tries to lose himself in the population of social invisibles.