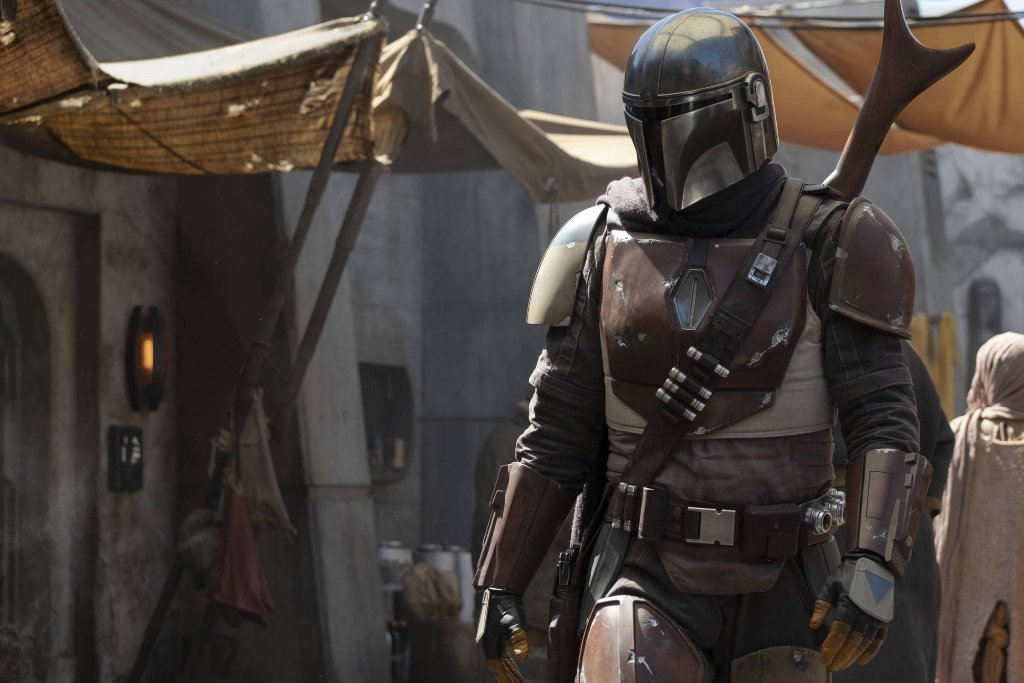 Disney+, the most ambitious streaming service to launch in years, arrives this week with a mix of movies from the Disney vaults and the Marvel and Star Wars franchises and a slate of original programs. “The Mandalorian” (TV-PG) is the marquee offering the new service, a big-budget live action adventure set on the frontier of the “Star Wars” universe created by Jon Favreau (who launched the cinematic Marvel universe with “Iron Man”) and starring Pedro Pascal as an intergalactic bounty hunter.

Other originals include the mockumentary “High School Musical: The Musical: The Series” (TV-PG) and edu-tainment series “The World According to Jeff Goldblum” (new episodes arrive each Friday) and the movies “Lady and the Tramp” (2019, PG), a live-action/CGI remake of the animated classic, and holiday comedy “Noelle” (2019, G) with Anna Kendrick and Shirley Maclaine.

There are over 400 movies and 7,500 TV episodes in the launch, and no R-rated content. It begins at $6.99 a month and offers a 7-day free trial. The service was overwhelmed at launch and customers faced streaming issues so you may need to be patient.

The indie success story of the year, “The Farewell” (2019, PG) follows the story of a Chinese-American woman (Awkwafina) who can’t understand why her family won’t tell her grandmother she has cancer. Filmmaker Lulu Wang, drawing from her own experience, uses humor and culture clash to explore death, grieving, and family relations. It’s poignant and funny and resists sliding into sentiment. Cable On Demand and VOD, also on DVD and at Redbox.

A slacker postman is assigned to remote northern office and meets a mysterious woodsman in “Klaus” (2019, PG), a Netflix Original animated holiday feature featuring the voices of Jason Schwartzman, J.K. Simmons, and Rashida Jones. First-time director Sergio Pablos, a veteran animator and co-creator of “Despicable Me,” brings a Looney Tunes sense of whimsy to the Christmas tale. Streaming on Netflix.

Kat Dennings stars in the new Hulu Original comedy series “Dollface” as a young woman who gets abruptly dumped and tries to reconnect with friends she abandoned during her romance. Shay Mitchell, Brenda Song costar and Beth Grant voices a cat who offers comic observations. All ten episodes now streaming on Hulu.

The fourth and final season of the alternate history drama “The Man in the High Castle,” inspired by the Philip K. Dick novel about a world where the Axis powers won World War II, follows the fight to take America back from the Nazi occupation. 10 episodes streaming on Amazon Prime Video.

But perhaps the most anticipated streaming TV release this month is the third season of “The Crown,” which drops on Sunday on Netflix with a new cast bringing the series into 1960s and 1970s.

Classic pick: The James Bond movies have been variously available on Amazon Prime for years, usually in packages of six or eight at a time. For the first time ever, all twenty official James Bond films before the Daniel Craig era, from “Dr. No” (1962) starring Sean Connery to “Die Another Day” (2002, PG-13) with Pierce Brosnan, are available to stream on Prime Video. Consider it the ultimate streaming 007 festival.

Available same day as select theaters nationwide is “Feast of the Seven Fishes” (2019, not rated), a romantic comedy set at an Italian family holiday gathering.

Alicia Vikander and Riley Keough star in the Netflix Original film “Earthquake Bird” (2019, not rated), a psychological thriller about Americans in 1989 Tokyo, adapted from the Susanna Jones novel by director by Wash Westmoreland.

A man who never leaves his house finds trouble coming to him in the dark comedy “House Arrest” (India, 2019, with subtitles).

International TV: rebellious rich kids take on the law and organized crime when they start selling MDMA in “The Club: Season 1” (Mexico, with subtitle) and elite high school students trapped on an island battle to survive mysterious forces in “The Stranded: Season 1” (Thailand, with subtitles).

True stories: the non-fiction limited series “Maradona in Mexico” (Argentina, 2019, with subtitles) follows Argentinian soccer legend Diego Maradona to a Mexican town in the center of the Sinaloa Cartel.

The first season of the Showtime Original series “Ray Donovan” (2013) with Liev Schreiber is free to Prime Video subscribers through November.

Mark Wahlberg and Rose Byrne get an “Instant Family” (2018, PG-13) when they take in three foster children in this family comedy (Prime Video and Hulu).

Got a little holiday cheer with your horror in “Anna and the Apocalypse” (2018, R), a British zombie comedy set at Christmas (Prime Video and Hulu).

Helena Bonham Carter stars in “The Wings of the Dove” (1997, R), a devastating adaptation of the Henry James novel about a scheme to inherit a fortune through a deceitful romance with a dying American heiress.

Patrick Stewart is Merlin to a group of schoolboys charged with saving the world in the adventure fantasy “The Kid Who Would Be King” (2019, PG) and Matt Bomer stars in the character drama “Papi Chulo” (2018, R).

The stars come out for “Sesame Street’s 50th Anniversary Celebration” (2019, TV-Y) and the fiftieth season of “Sesame Street” begins Saturday morning on all HBO platforms.

The British dark comedy “Back to Life” makes its U.S. debut with all six episodes now available on all Showtime platforms.

Also new to Showtime are the documentary “Pariah: The Lives and Deaths of Sonny Liston” (2019, TV-MA) and the tenth season of “Shameless” (TV-MA), with new episodes each Sunday.

Starz brings two more British shows stateside: “Dublin Murders,” a crime drama based on the novels of Tana French (new episodes on Sunday nights) and the entire first season of “In the Long Run,” a BBC sitcom of culture clash in 1980s London created by Idris Elba.

Two legends of independent filmmaking share their stories in “Cult-Tastic: Tales from the Trenches with Roger and Julie Corman,” the first original series from Shout! Factory TV.

Also on Criterion Channel is a “Caught On Tape” collection of films dealing with surveillance and paranoia, from the seventies American classics “Klute” (1971, R) with Jane Fonda and Donald Sutherland and Francis Ford Coppola’s “The Conversation” (1974, R) with Gene Hackman to Michael Haneke’s “Caché” (France, 2005, R, with subtitles) and the Oscar-winning “The Lives of Others” (Germany, 2006, R, with subtitles).

“Julius Caesar” (2018, not rated), a British production featuring an all-female cast, was originally made for British TV and shown on PBS stateside. It’s now on Broadway HD along with the musical comedy “Nunsense” (1993) and all six sequels.