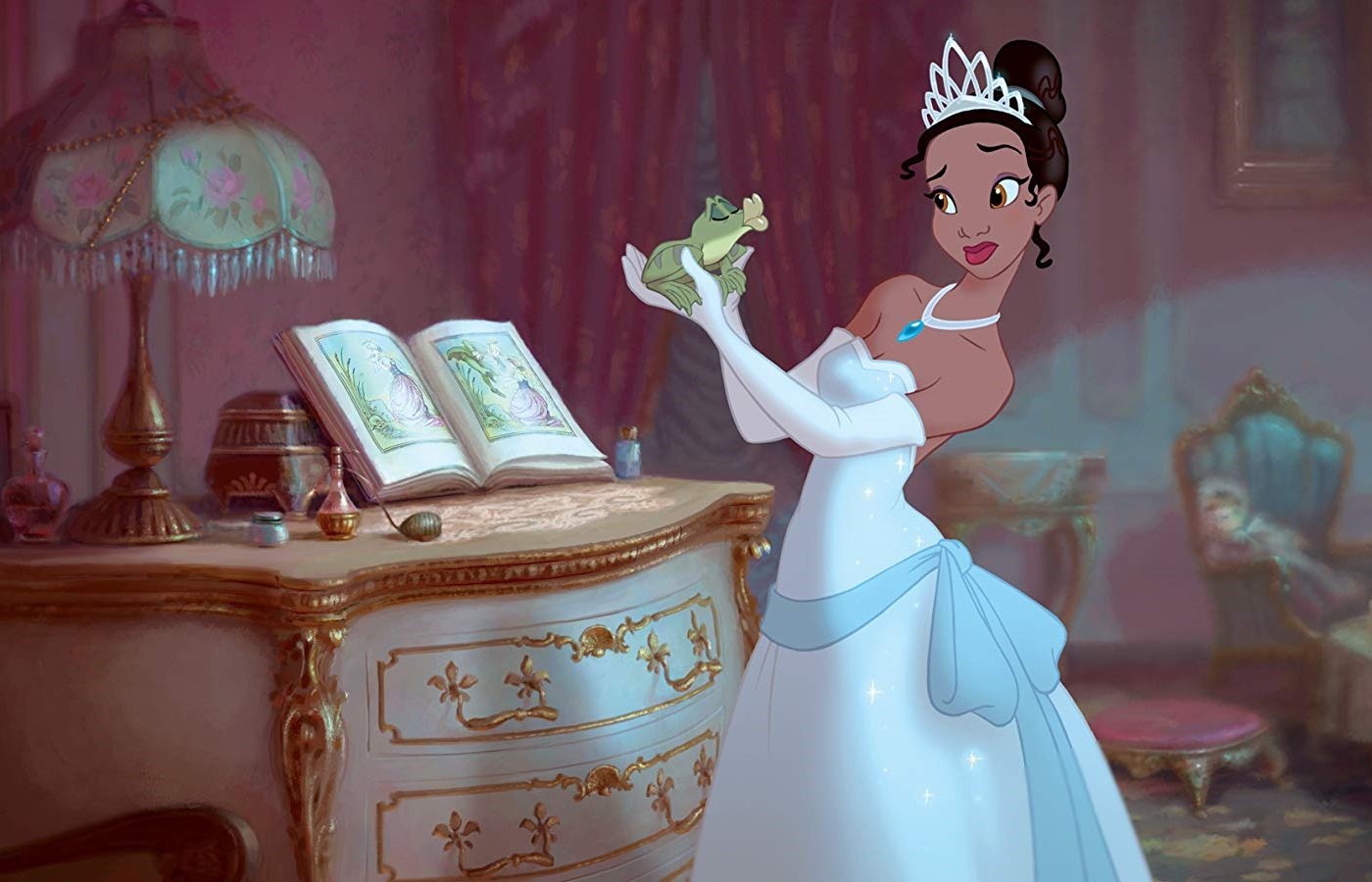 Pixar auteur John Lasseter gave new life to animated cinema with his CGI revolution but he never forgot the old-school art of hand drawn animation that made Disney’s reputation and he courted John Musker and Ron Clements to make the studio’s first new “princess” film since their own The Little Mermaid and Aladdin.

The Princess and the Frog (2009), set in New Orleans in the twenties, turns the fairy tale heroine into a driven waitress (voiced by Anika Noni Rose) saving to open her dream restaurant, the prince (Bruno Campos) into a jazz-loving but penniless playboy on the prowl for a rich marriage, and the witch into a voodoo villain (Keith David).

It’s not exactly one of their masterpieces—it’s a familiar story with new duds but little sense of high stakes—but it’s lovingly designed, directed as a lively pace without tipping into excess, and filled with toe-tapping musical gumbo of jazz, zydeco, swing, blues and show-tune dynamism by Randy Newman, who has New Orleans music in his blood. And Disney’s first animated fairy tale with a distinctly American setting also features its first African-American heroine, who saves the prince as much as he saves her. The reviews at the time of release remarked on how the film pretty overlooked the reality of race relations in twenties-era American south, and it’s true: this is an upbeat fantasy with a hard-working young black woman following her dreams in the face of impossible odds, not a realistic portrait of life in the era. I’m willing to go with the fantasy and the message that comes with it. The alternative just seems so… dispiriting.

It was nominated for three Academy Awards, for best animated feature and two nods for Randy Newman’s music.

The Princess and the Frog [DVD]

The Blu-ray and DVD features informative and lively commentary by co-writers and directors John Musker and Ron Clements with producer Peter Del Vecho and deleted scenes (which, since they were deleted before they were animated, are presented as sketches and storyboards set to scratch voice tracks) with helpful introductory comments explaining why they were cut. Exclusive to the Blu-ray edition is the 22-minute “Magic in the Bayou: The Making of a Princess,” and true to form it’s a fine portrait of how an animated Disney film comes together, and the featurette “Bringing Life to Animation,” which compares reference footage with live actors to the finished animated film, along with shorter featurettes, art galleries and interactive games and activities. The Blu-ray combo pack also includes a bonus standard definition DVD and a digital copy for portable media players.