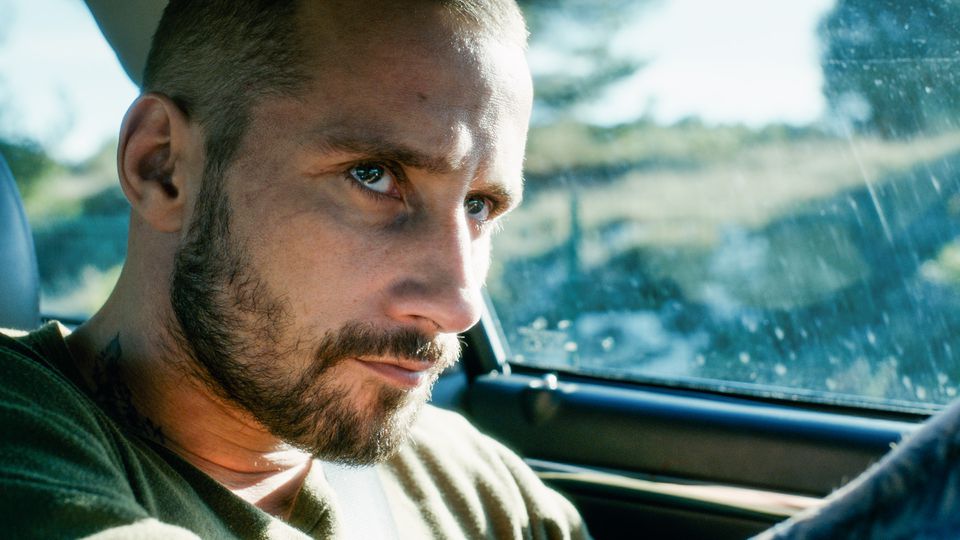 Alice Winocour’s psychological thriller Disorder (France, 2015) stars Matthias Schoenaerts as Vincent, a French Special Forces soldier recovering from hearing loss and suffering from PTSD from his service in Afghanistan. While he awaits the medical verdict, he takes a security job for a Lebanese businessman throwing a lavish party filled with wealthy businessmen and government officials, which turns into a week-long assignment “babysitting” the man’s beautiful wife Jessie (Diane Kruger) and young son while he’s out of the country on business.

The disorder of the title isn’t limited to Vincent’s PTSD and alienation. His entire world is wired into violence and instability. He’s onto his employer’s dangerous business from the party scene and already alert to the potential for violence, and TV reports a steady stream of attacks and murders and crimes. This is a dangerous world and Vincent is on high alert and constantly on edge, sensing threats everywhere and reacting with sudden action without warning.

Winocour intensifies the experience by channeling Vincent’s perspective. The camerawork is smooth yet unsettled, observing scenes from a distance like a voyeur and constantly scanning the landscape like a sniper. This isn’t the tired and tiring shakycam style but more hyperalert, attuned to all movement and quick to take in the entire scope of the environment. The editing is jagged and fractured, suggesting his split concentration and a hypersensitivity constantly on alert, and the soundtrack filled with ambient noise and audio scanning: electronic static in his earpiece, conversations on the fringes, and an electronic score that suggests a constant buzzing in his ears and mind. It all smacks of paranoia until they are attacked by masked men, at which point Vincent’s instincts kick into high gear to protect Jessie and her son. He’s instinctively protective, ferociously so, but also disconnected and alienated and socially awkward, unable to communicate

Winocour focuses on the tension and instability and Vincent’s alienated presence as a ferociously effective soldier. He’s instinctively protective, ferociously so, keyed up and constantly on guard and on alert, but he’s unable to let his guard down and relate socially to anyone. It’s a crime drama and a psychological thriller and ultimately a piercing drama with a tragic edge that shows how war can destroy even the survivors.

and other services. Availability may vary by service.
Disorder [DVD]

Pingback: What to stream: 'Springsteen' on Netflix, 'Vanity Fair' on Amazon Prime Video, 'A Simple Favor' on VOD - Stream On Demand
Comments are closed.