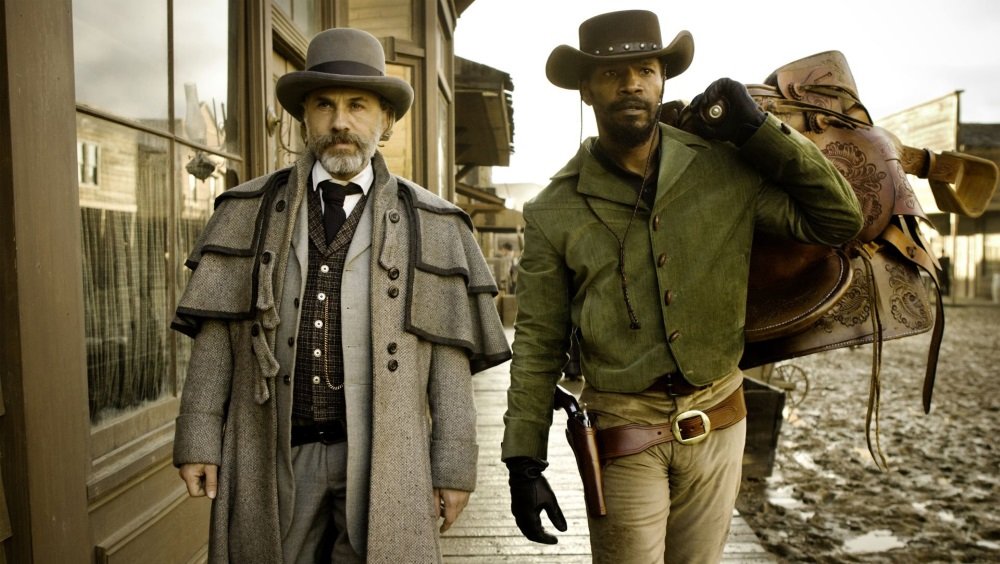 In Django Unchained (2012), Quentin Tarantino takes on one of his favorite genres: the spaghetti western, with all its extreme violence, operatic drama, eccentric characters, and brutal portrait of frontier existence.

But Tarantino being Tarantino, he doesn’t just make a big, violent, sprawling western filled gunfights and clever talk and driven by revenge and Old Testament justice. For one thing, he tackles slavery, albeit in the guise of a pulp adventure with bounty hunters and the Siegfried myth played out in the pre-Civil War South. For another, it’s built on a swooning love story and a powerful friendship.

Jamie Foxx is Django, first seen in a merciless chain gang march across the screen, who is bought by German bounty hunter Dr. King Schultz (Christoph Waltz) to accomplish a mission. King is disgusted with the whole concept of slavery (and a little guilty that he’s bought into the culture for this job) so he strikes a bargain. In return for help, he promises to free Django and give him a cut of the bounty. But something happens along the way. They become friends, colleagues, and even partners, and Schultz commits himself to Django’s quest to find his wife (Kerry Washington) out of a sense of justice and even paternal affection. It’s Tarantino’s epic romance and most powerful buddy film to date, and a liberation fantasy to boot.

The music is just as eclectic, from clips from spaghetti western scores to R&B, soul, rap, and even Jim Croce’s “I’ve Got a Name,” which Tarantino turns into a liberation anthem in a beautiful moment to self-reclamation. Django is a free man now and he has a name.

Leonardo DiCaprio is perfectly arrogant and smarmy as the plantation owner and “Mandingo fighter” kingpin (pitting slaves against each other in bare-knuckle battles to the death) Calvin Candie, and he dances through the part with all the flamboyance of a privileged ponce playing the cultured southern gent. Samuel L. Jackson twists the shuck and jive manner of classic Hollywood portraits of “lovable” slaves into a perverse portrait of black power behind the white throne. Tarantino packs the supporting cast with a memorable line-up of character actors—Don Johnson, Dennis Christopher, Walton Goggins, and a cameo by Franco Nero, the original Django—and fills the film with the twists, tales, and witty touches that make Tarantino’s films so memorable.

and other services. Availability may vary by service.
Django Unchained [DVD]

The Blu-ray and DVD features the 12-minute “Remembering J. Michael Riva: The Production Design of Django Unchained,” which is both a production featurette and a tribute to the production designer, who died just before the film’s release. The other two supplements are actually just short promos for the “Tarantino XX Blu-ray Collection” and “Django Unchained” soundtrack.

Exclusive to the Blu-ray Combo Pack are two additional featurettes: “Reimagining the Spaghetti Western: The Horses and Stunts of Django Unchained” and “The Costume Designs of Sharen Davis,” both of which get into the creative choices and contributions by the artists and comments by the actors on how those approaches shaped their characters. Also includes a bonus DVD, a digital copy of the film for portable media players, and an UltraViolet digital copy for download and instant streaming. 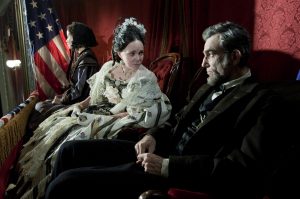