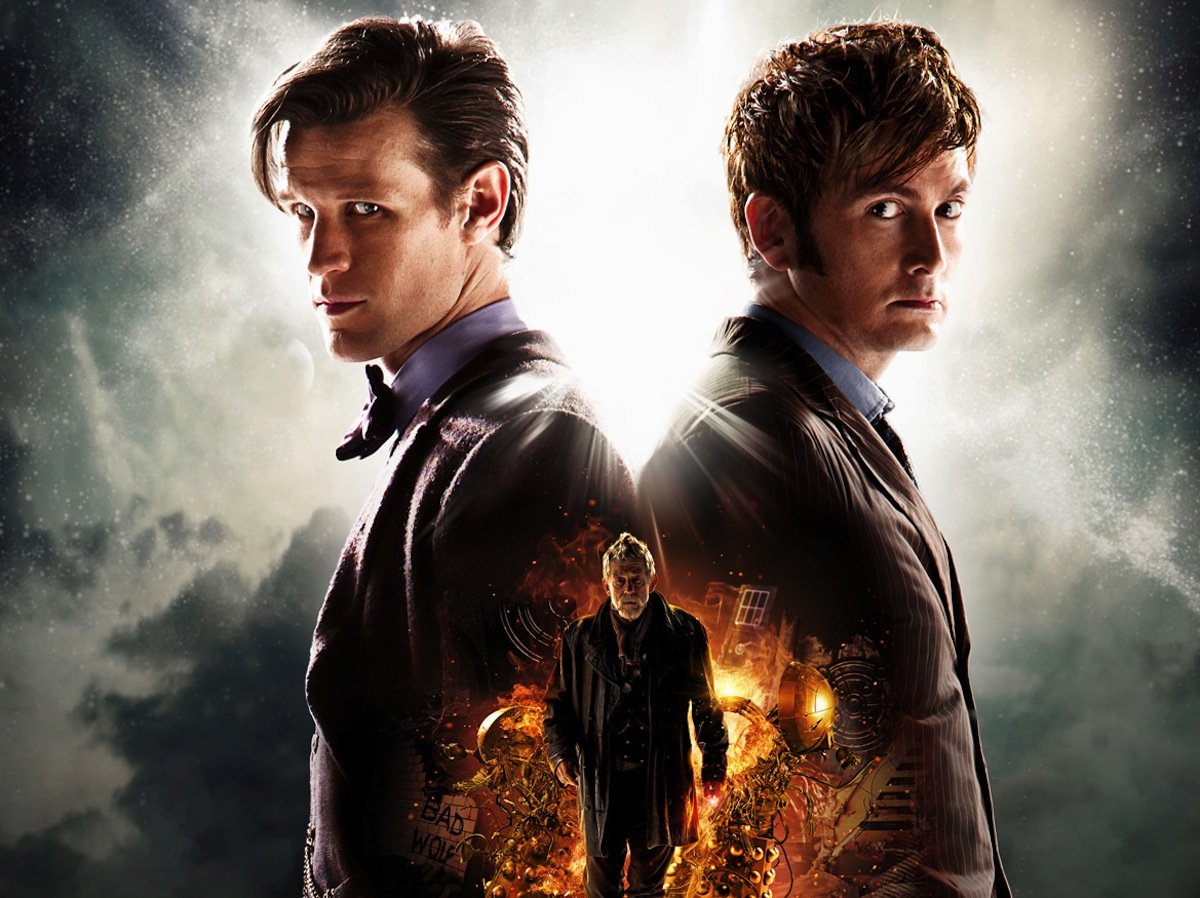 Whovians rejoice! The 21st century revival of the British TV’s greatest contribution to cult science fiction is streaming once again and Amazon Prime has it. The first eight seasons of Doctor Who (2005-2014) are now available, with season nine to follow later this year.

After a 26-year run and seven different actors portraying the good doctor (eight if you include Paul McGann), and an over 15 year break off the air (not counting the 1996 TV-movie), Russell T. Davies revived the series after a 15-year hiatus with Christopher Eccleston as the rogue Time Lord, hopping through time and space in his souped-up Tardis (once again hidden inside a seemingly ancient Police Public Call Box), bringing a dynamic sense of energy, a fun-loving sense of humor and a childlike love of adventure to the role. Billie Piper is his spunky companion Rose, a live wire of a working class London girl who jumps in to the Tardis and across the universe with The Doctor, and she sticks around as Eccleston hands the mantle of the Doctor off to David Tennant, who made the part his own for three seasons and a collection of specials, with Freema Agyeman and Catherine Tate as his companions and Kylie Minogue guest starring in a galactic “Poseidon Adventure” Christmas Special on the interstellar spaceship Titanic.

Davies created a colorful, stylish show filled with humor and action, with more self-contained episodes than the serial format of the old low-fi show and a new slant on the Time Lord mythology. Before he passed the TARDIS off to the prolific and creative Steven Moffat in the fifth season, he and Tennant left fans with five hour-long “specials” that take what was inherent in this incarnation of the Doctor and finally, fatefully transform the last of the Time Lords from happy-go-lucky time- and space-traveler into a tragic hero on a collision course with destiny and a death foretold.

Moffat carries on the tradition in the fifth season with a brand new Doctor in Matt Smith. His boyish energy and animated face (seriously, he looks like a clay animation character) channels all we’ve come to love in the last of the Time Lords. Red-headed spark plug Karen Gillan gets an even more active role than usual as his companion and Arthur Darvill clicks as her devoted boyfriend, as much a hero in the quantum adventure as the Doctor himself. Moffat has a way with weaving ingenious stories through the intricate timelines, which he first introduces with the enigmatic River Song (Alex Kingston) and he drafts Neil Gaiman for a delightful season six episode that turns the TARDIS into a flesh and blood character with her own story. And it gets a little serious too, not something we’re used to with Smith’s rubbery Doctor, a guy who bounces all over the screen and the scripts with childlike enthusiasm. Because even the Doctor can’t outrun his destiny. But that doesn’t mean he hasn’t got something up his sleeve.

Season seven welcomes a new companion, Clara (Jenna-Louise Coleman), a sassy, self-assured young woman who climbs aboard the TARDIS with confidence, wit, self-possessed character, and courage, and season eight presents Peter Capaldi as the new Doctor, where the transition from the boyish, rubber-faced Smith to the aged, tetchy character is rough on both the Doctor and Clara.

In the midst of all this beautifully organized chaos is the 50th anniversary special The Day of the Doctor, with Doctors David Tennant and Matt Smith meeting up with the mysterious “War Doctor” (John Hurt) as they converge on the moment that destroyed the Time Lord home world and the Dalek race. The tragic past of the Doctor has been the dark shadow over his playful personality and frivolous front since Russell Davies first brought him back but this episode is the first to delve into the forge that orphaned the last of the Time Lords, and it gives him a second chance with the greatest Time Lord dream team ever. Moffat, the cleverest of Doctor Who show-runners, approaches it with the same clockwork precision he lavishes on his season arcs, where every tossed-off curve or surprise twist is actually ingeniously woven into the big picture. Plus it’s great fun to see the personalities of Tennant and Smith bounce off one another.