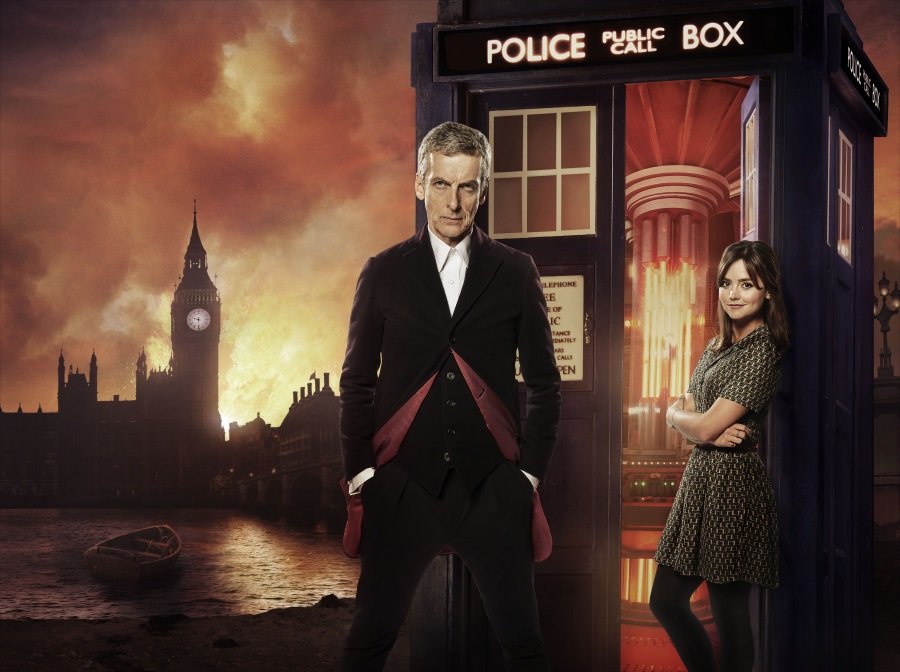 Peter Capaldi takes over as The Doctor in the eight season debut of Doctor Who, “Deep Breath,” an extended episode that drops us in Victorian London as the Doctor tries to recover his memories while he recovers from his latest regeneration and his companion Clara (Jenna Coleman) struggles to come to terms with this new, older incarnation of the friend she had a crush on. The episode features a dinosaur, spontaneous combustion, and old allies Madame Vestra (Neve McIntosh), the high society lizard-woman agent, and her loyal solider Strax (Dan Starkey).

Peter Capaldi is the oldest Doctor to appear in the 21st century reboot of the show (though there were plenty of aged incarnated in the original run of the series). The 12-episode series charts the evolution of the new dynamic as both come to terms with the sudden age discrepancy—recall the cute flirtations and romantic inklings she shared with Matt Smith in the previous season—and Clara gets a boyfriend, Danny (Samuel Anderson), whose fate takes Clara and The Doctor on a unique journey in episode 11. For the rest of it, series showrunner Stephen Moffat tosses them into new end-of-the-universe situations and a new character to the Whoniverse: Missy, whose obsessive interest in The Doctor is made clear in the season finale, which sends the Cybermen to the streets of London.

Queue it up on Netflix or watch it on Hulu

And don’t forget that you can also see the original 20th century incarnation of the show—18 seasons worth of shows—on Netflix.