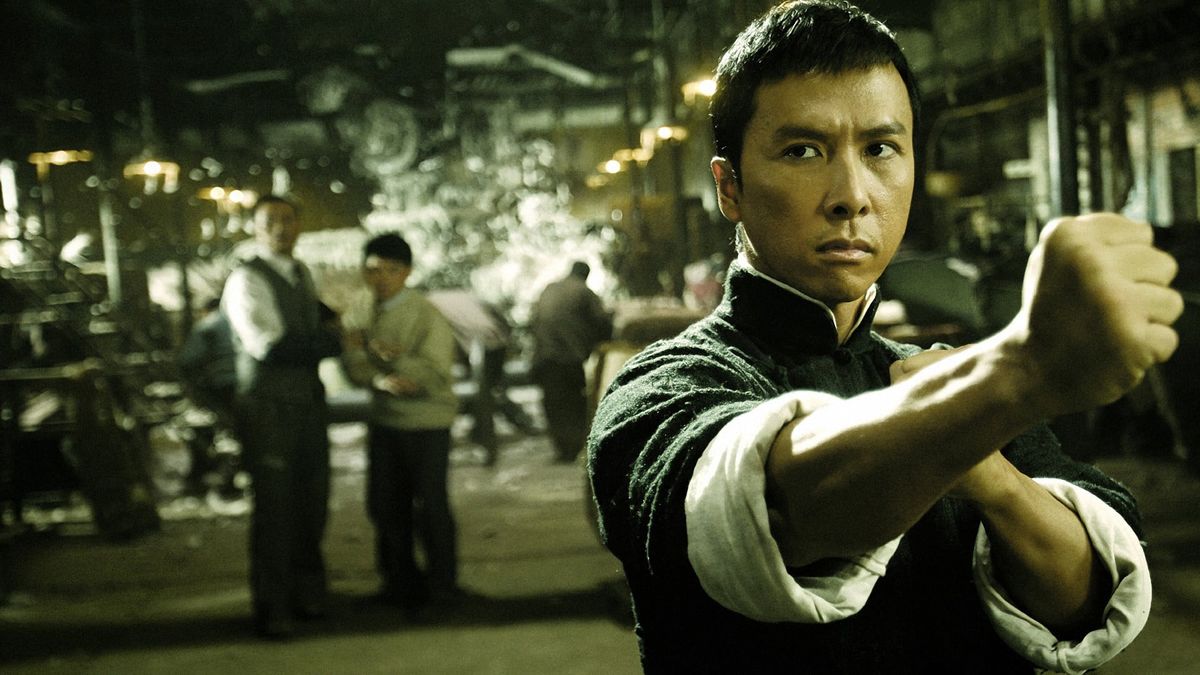 Hong Kong martial arts star Donnie Yen plays the legendary Ip Man (Hong Kong, 2008), teacher and grandmaster of Wing Chun, in this biographical drama (one in a long line of such tributes) based on the master’s life during the Japanese occupation of China.

Yen is a superb screen fighter with an often bland presence. Here he creates the finest screen character of his career as the dedicated but modest master who becomes a teacher to the ordinary citizens facing the oppressive rule of the occupying Japanese army and the predatory attacks of Chinese bandits.

It’s all quite conventional (including the inevitable showdown match between the pacifist Ip Man and the brutal Japanese commander who wants prove the superiority of Japanese martial arts and humiliate the Chinese citizens under his rule) and nonetheless rousing. Yen, a master martial artist who learned Wing Chun for the role, is a model of martial grace and physical control, meeting showy moves and furious force with minimal expenditure of energy. He’s the calm that beats the storm.

The film won Best Film and Best Action Choreography at the Hong Kong film awards and spawned a series of films that follows Ip Man through the 1960s.

Rated R, in Cantonese, Mandarin, and Japanese with English subtitles

Add to My List on Netflix or to My List on Peacock or stream free on Kanopy, which is available through most public and college library systems.

Available in standard edition and 2-Disc “Collector’s Edition” on both DVD and Blu-ray, that latter featuring the 18-minute “The Making of Ip Man” (more promotional featurette than making-of documentary), deleted scenes, cast and crew interviews and a shooting diary among the supplements.