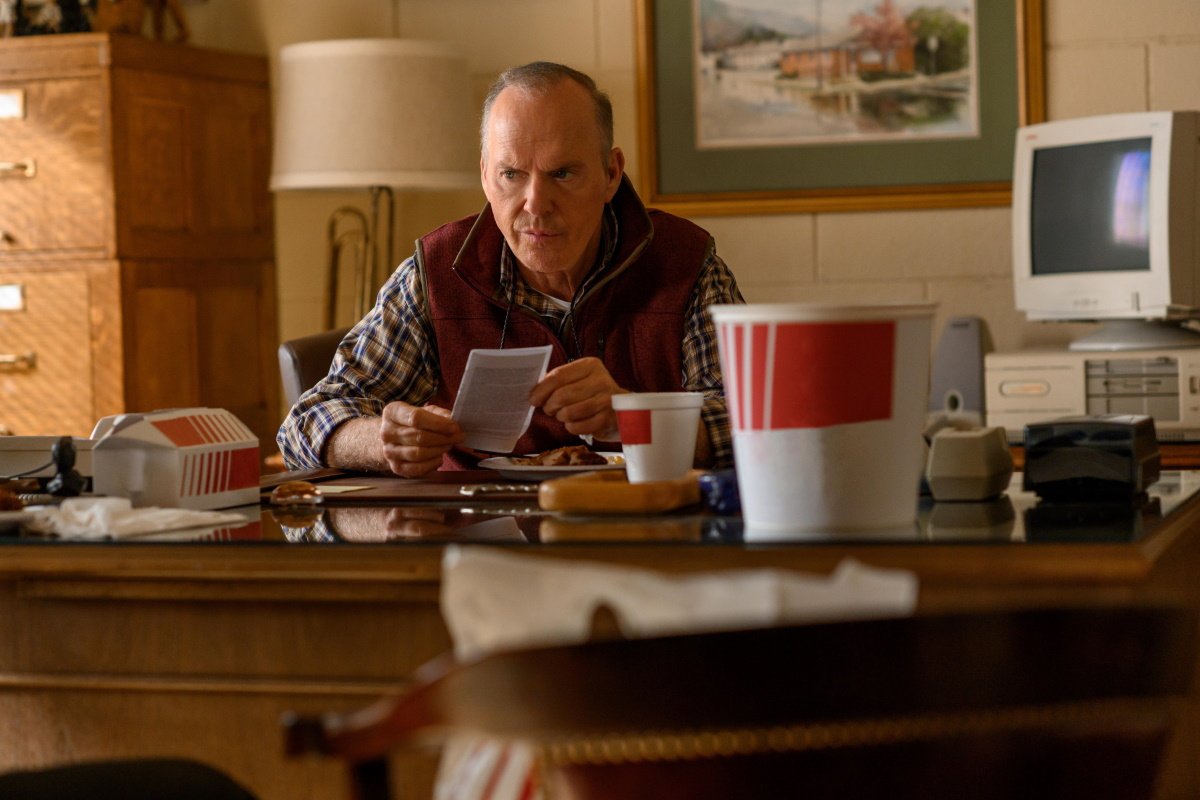 “Dopesick“ (TV-MA), based on nonfiction book by Beth Macy, looks at OxyContin, Big Pharma, and how the opioid crisis ravaged rural America through a limited series drama. The sprawling story reaches from Sackler Family boardrooms to a small Appalacjian community and the salesmen, doctors, and law enforcement agents in between. Michael Keaton, Peter Sarsgaard, and Rosario Dawson topline an impressive cast and Emmy-winner Danny Strong writes and produces. Three episodes available, new episodes on Wednesdays. (Hulu)

Crime comedy “Guilty Party: Season 1“ (not rated) stars Kate Beckinsale as a disgraced journalist who tries to help a young mother (Jules Latimer) who has been sentenced to life for a crime she says she did not commit: maiming and murdering her husband. Two episodes available, new episodes on Thursdays. (Paramount+)

The documentary “The Velvet Underground“ (2021, R) from filmmaker Todd Haynes looks at the art and cultural impact of the New York rock group that straddled high art and street culture, with new interviews and archival film clips and musical recordings. Streams same day it debuts in theaters. (Apple TV+)

“Halloween Kills“ (2021, R), the sequel to the 2018 revival, continues the horror franchise with Jamie Curtis back in the role of Laurie Strode and Judy Greer as her daughter taking on an unstoppable psychopathic killer. Streams same day it debuts in theaters. (Peacock)

A married couple (Noomi Rapace and Aksel Hennie) plot to kill one another on a weekend getaway in “The Trip“ (Norway, TV-MA, with subtitles), a blood-spattered horror comedy from director Tommy Wirkola (“Dead Snow”). (Netflix)

“I Know What You Did Last Summer: Season 1“ (TV-MA), a teen horror series based on the same novel as the iconic 1997 film, retells the story of teenagers stalked by killer because of a fatal secret. Four episodes available, new episodes each Friday. (Amazon Prime)

“Fever Dream“ (Chile, 2021, R, with subtitles) is an appropriate name for this South American thriller, a mix of parental nightmare and environmental horror from Peruvian filmmaker Claudia Llosa. (Netflix)

The lines between movies, memory, and reality blur in “Censor“ (2021, not rated), about a film censor of horror films in 1980s England that pays tribute to its inspiration. (Hulu)

For kids and families there’s “Just Beyond: Season 1“ (TV-PG), an anthology of supernatural stories inspired by the writings of R.L. Stine, and the comedy “Under Wraps“ (2021, TV-G) about three friends and the mummy the inadvertently raise from the dead. (Disney+)

Dev Patel stars as the nephew of King Arthur in “The Green Knight“ (2021, R), a medieval odyssey adapted from the epic Arthurian poem by filmmaker David Lowery. Also on DVD and at Redbox.

Morgan Freeman, Michael Caine, and Alan Arkin are retired buddies who plot a bank robbery in the comedy “Going in Style“ (2017, PG-13).

Streaming TV: the final season of “Shameless“ (TV-MA), which became a cult hit on Showtime, is now on Netflix. There are also new seasons of family-friendly “The Baby-Sitters Club“ (TV-G), science fiction thriller “Another Life“ (TV-MA), and mystery ​​“In the Dark“ (TV-13) with Perry Mattfeld.

True stories: “Convergence: Courage in a Crisis“ (2021, R) tells the stories of unsung heroes in all levels of society stepping up during the Covid crisis. Also new: “Rita Moreno: Just a Girl Who Decided to Go For It“ (2021, PG-13), a portrait of the EGOT-winning performer, and “The Movies That Made Us: Season 3“ (TV-MA), which spotlights 1970s and 1980s horror films.

Kid stuff: “Karma’s World: Season 1“ (TV-Y) is an animated musical about a middle school kid with a gift for rhymes and lyrics.

A Toronto drug dealer tries to save a 15-year-old robber from retaliation in the crime drama “Akilla’s Escape“ (2021, not rated).

Ciarán Hinds is “The Man in the Hat“ (2021, not rated) driving through France in a convertible in this whimsical odyssey.

Do the time warp again with “The Rocky Horror Picture Show“ (1975, R), the best Halloween musical ever.

Streaming TV: America Ferrara stars in “Ugly Betty: Complete Series“ (2006-2010, TV-PG), the American dramedy based on the Mexican telenovella set in the world of high fashion.

International TV: the espionage thriller “Deutschland 83: Season 1“ (Germany, 2015, TV-MA, with subtitles) is set West Germany before the fall of the Berlin Wall.

The animated miniseries “Aquaman: King of Atlantis“ (TV-PG) is a somewhat whimsical approach to the hero’s first year on the throne. Also new: the first six seasons of the animated “Teen Titans Go!“ (TV-G) from the Cartoon Network.

Season five of “SEAL Team“ debuts a day after episodes debut on CBS for the first four episodes, before it leaves the network to become a Paramount+ exclusive series. New episodes on Mondays.

The four-part docuseries “Buried“ (TV-14) takes on a murder case reopened after a repressed memory was recovered.

The two-part true crime documentary “Trial in the Outback: The Lindy Chamberlain Story” (not rated) looks back at the woman tried for murder when she claimed a dingo killed her baby in rural Australia. (Sundance Now/AMC+)

In “Hostages: Season 1“ (India, 2019, not rated, with subtitles), gunman take a doctor’s family hostage to force her to kill the Prime Minister in a routine surgery.

The Emmy-winning landmark miniseries “Brideshead Revisited“ (1981) with Jeremy Irons and Anthony Andrews is available in a newly remastered edition. Also newly added is the original “House of Cards Trilogy“ (1990-1995, TV-14) with Ian Richardson.

The documentary “Crutch“ (2021, not rated) chronicles Bill Shannon who became a renowned performance artist, skate punk, and break-dancer on crutches and “The Prison Breaker“ (not rated) looks at criminal Richard Lee McNair.

“Strangers in Paradise: 9 Films by Jim Jarmusch” celebrates the master of deadpan humor and stark beauty with films from “Stranger Than Paradise“ (1984, R) to “Only Lovers Left Alive“ (2013, R).