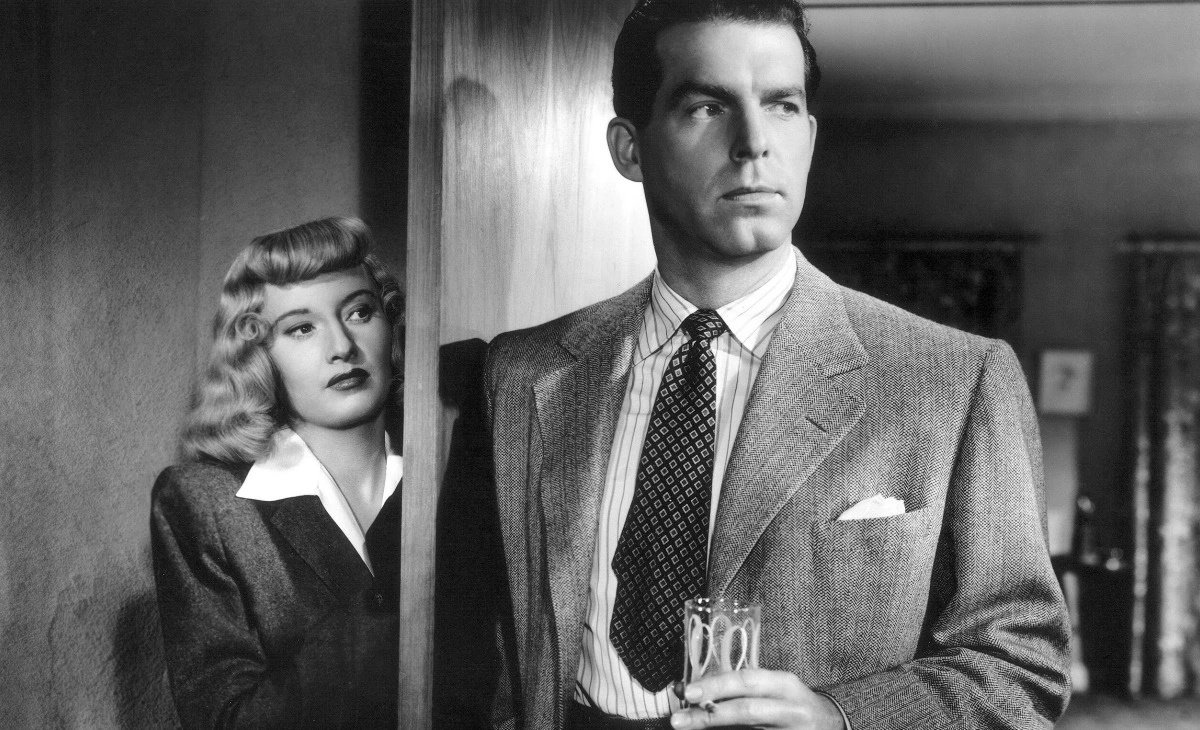 A masterpiece of film noir double dealing, Double Indemnity (1944) codified the moral depravity and sexual charge of the nascent genre at its most cynical.

Barbara Stanwyck is perfectly heartless as Phyllis Dietrichson, the icy adulteress who plants the seeds of murder in the mind of conniving insurance agent Walter Neff (Fred MacMurray). He plots the cold-blooded murder of her rich husband, only to discover that sharing a murder does not necessarily bring lovers closer together.

Director Billy Wilder shocked audiences and tweaked the morality watchdogs with this ruthless adaptation of James M. Cain’s notorious novel. He scripted the adaptation with crime fiction master Raymond Chandler and they filled the tawdry tale of murder with pulp poetry. As Neff’s boss Keys explains, murder is not like taking a trolley ride. They can’t get off at separate stops. “They’re stuck with each other and they got to ride all the way to the end of the line and it’s a one-way trip and the last stop is the cemetery.” It reads fine on the page but as delivered by Edward G. Robinson is has the ring of fate.

Double Indemnity gave the cinema a double-crossing siren whose call lures our mercenary narrator to his inevitable doom. It made Stanwyck the queen bee of film noir and Phyllis Dietrichson is her definitive incarnation: a platinum blonde with a heart of brass and a tarnished soul.

MacMurray played light romantic leads and comedy roles before taking on the easily-tempted Neff. It gave him a new career playing tough guys and cynics. Robinson’s persistent investigator Keys brings the only real warmth to this chilly film noir. His relationship to Neff is the closest this film comes to real love. The rest is simply fatal attraction. Cinematographer John F. Seitz brings a hard edge to the shadowy style and the great Miklos Rosza gives it one of the great scores.

It was nominated for seven Academy Awards, including best picture, director, screenplay, best actress (Stanwyck), and cinematography. It was just a little too cynical and sour to win anything in that era but it became one of the essential touchstones of film noir.