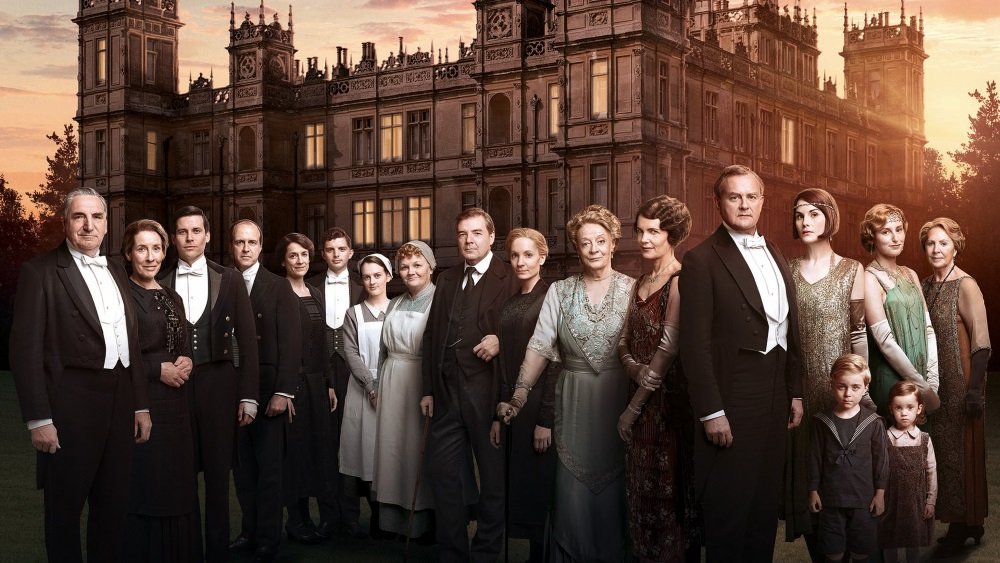 Downton Abbey: Season 6 is the final run for the BBC series that revived the Upstairs Downstairs melodrama of the families living on inherited wealth and the servants who work for them as a portrait of a culture going extinct in the 1920s. It became a phenomenon in both Britain and the U.S., where it became the most popular show on PBS, and won multiple Emmy Awards and Golden Globes over its first five seasons. It’s an odd kind of social commentary filled with a nostalgia for that kind of class system, at least as practiced by patriarch Lord Crawley (Hugh Bonneville) and his family, notably his more modern-thinking (but still class-conscious) daughter Lady Mary (Michelle Dockery), and supported by the servants raised in this way of life, notably head butler Carson (Jim Carter).

The sixth and final season of the series delivers happy endings all around, as if rewarding viewers for their devotion to the lives of the wealthy and the service classes alike. Tom (Allan Leach), the working class mechanic who married into the family, returns to the manor. There are marriages (both among the aristocrats and the servants) and opportunities for the characters to grow and learn as the series observes the passing of an era (one family is forced to sell their manor and the Crawleys open their home to visitors as a fundraiser). Cousin Rose (Lily James) comes back for the finale and, of course, Maggie Smith offers her hilariously withering commentary throughout as Violet Crawley, the Dowager Countess.

The show has a passionate following and the final season brings it all to a satisfying, audience-pleasing end that never dares question the privileges of inherited wealth and title. And, of course, there is no violence, foul language, or nudity, though there are the occasional breaches of etiquette.

Pingback: What to watch: Jane Austen vs. the undead plus new additions to Netflix, Amazon Prime and Hulu - Stream On Demand
Comments are closed.