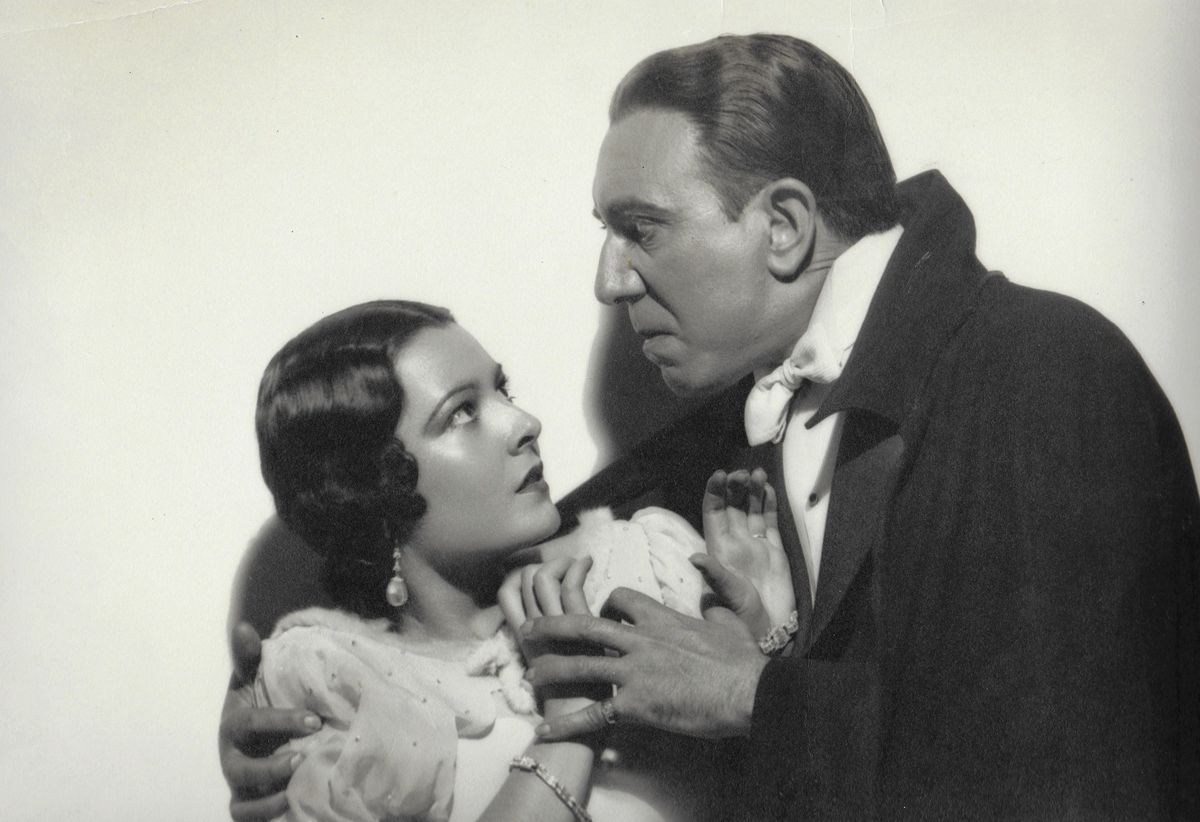 Horror movie historian David J. Skal discovered a forgotten Universal horror film, the Spanish language version of Dracula (1931), in 1989. It’s still little known, and that’s a shame, for it is a fascinating movie with sexy style far different from the Bela Lugosi film.

Shot at night on the same Universal sets as Tod Browning’s classic, after his crew went home for the evening, from a translated version of the same script, this version features a cast of Mexican and South American actors under the direction of George Melford. It’s the same story but an entirely different movie with a separate case and crew.

The lovely Lupita Tovar makes a much sexier Minna (named Eva here), signaling her transformation to the dark side by rising from her bed in a low-cut, and very revealing, nightgown, as if displaying her newfound sexual aggressiveness.

Carlos Villar’s Dracula, however, is nowhere near as charismatic as Bela Lugosi’s performance. Though his portrayal improves over the course of the film, he never comes close to Lugosi’s intensity or aristocratic demeanor.

While practically identical in many ways, Melford creates a more atmospheric set and sets his camera prowling though it in key moments, resulting in a more elegant film. He punctuates scenes with striking compositions and startling close-ups, and paces the film more evenly (even though it emerges 30 minutes longer).

When this version was released in 1992 in the US (in a subtitled print), a small but fervent coterie of fans proclaimed it superior to Tod Browning’s original. Whether or not you agree, it’s a fascinating alternate version and a marvelous film in its own right.