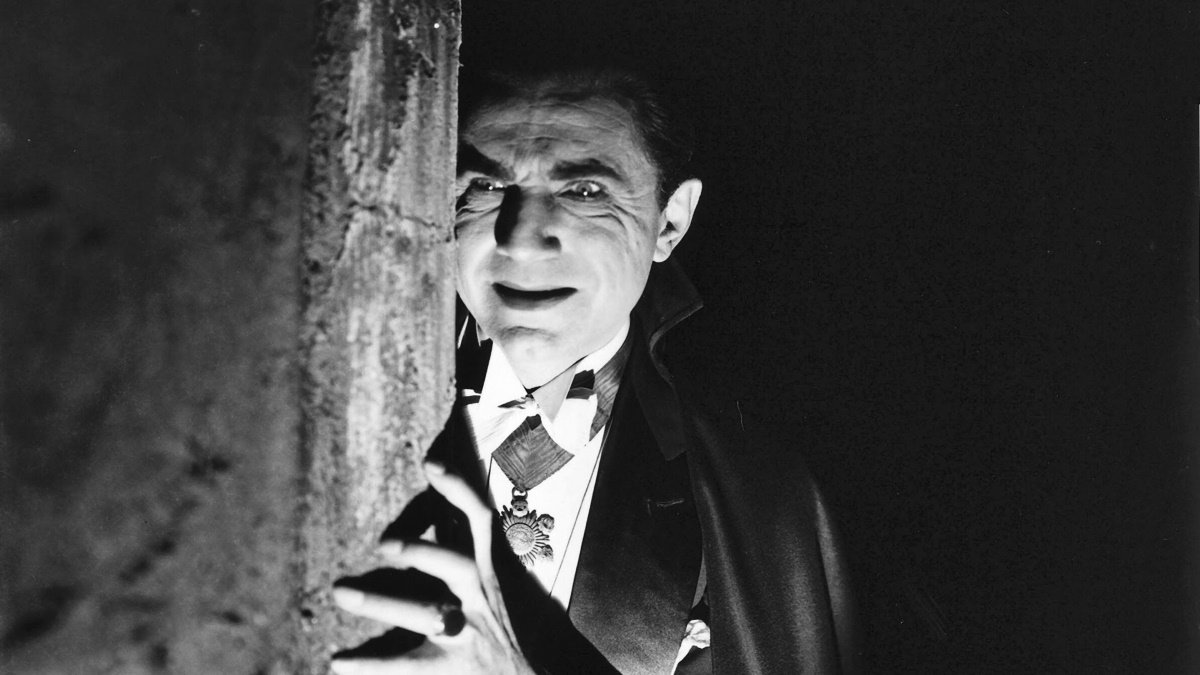 The original Dracula (1931) may be creaky, stiff, and often stagy, but the first official adaptation of Bram Stoker’s novel will remain memorable for its gorgeous gothic images, for Bela Lugosi’s legendary, iconic performance, and for setting off the cinematic fascination with vampires.

“I… am Dracula,” he intones with his thick Hungarian accent after making his entrance down the stone staircase of his ancient, musty mountain castle. “I bid you welcome.” The opening moments of the film, directed by Tod Browning and shot by the great cinematographer Karl Freund, set the moody Gothic tone through largely wordless sequences as Renfield (Dwight Frye) arrives at Dracula’s castle, and Browning uses sound effects and ominous silence to enhance the eerie atmosphere—there is no score, apart from brief strains of “Swan Lake.” As wolf howls echo in the distance, Dracula smiles with appreciation. “Listen to them. Children of the night. What music they make.”

Renfield becomes Dracula’s servant as the Count heads to London to enter high society and a new feeding ground. This is where the rest of the cast enters the drama: Dr. Seward (Herbert Bunston), who runs the sanitarium where the now mad Renfield raves and feeds on spiders; his daughter Mina (Helen Chandler), her fiancé John Harker (David Manners), and her best friend Lucy (Frances Dale). It’s at this point that vampire hunter Van Helsing (Edward Van Sloan) arrives to provide exposition and the poetic expressionist imagery gives way to something more like a drawing room stage drama.

In part that’s because this version is not actually based on the novel but on the stage play, which took liberties with Stoker’s story. It was a Broadway hit in 1927 with a mesmerizing young Hungarian actor named Bela Lugosi in lead, though he was not the original choice for the film. Universal Studios initially purchased it as a vehicle for Lon Chaney and his longtime collaborator, director Tod Browning. When Chaney died, Lugosi made movie history as the Transylvanian count with the hypnotic stare.

It may not be the definitive version, but it’s easily the most famous, a veritable cultural touchstone, and it was a smash for Universal Studios, becoming their biggest hit of 1931 and leading the way for a decade of Gothic horrors.

Lugosi lived in the shadow of the famous character for the rest of his life. His performance and appearance influenced the way vampires were presented in movies for decades. He resisted returning to the character but he never had a success as big as this. When he finally gave and donned the cape for one last turn, it was in the comedy Abbott and Costello Meet Frankenstein (1948).

It was added to the National Film Registry in 2000.

Universal released the film with both the original version and a version featuring a new score by Philip Glass, whose lovely, lush music (performed by the Kronos Quartet) smooths out Browning’s direction and drenches the numerous wordless passages in mood, but becomes distracting during dialogue scene, fighting for attention as the crisp, clean analogue recording rises above the warm, hiss-laden analogue 1931 soundtrack even at its quietest levels. These editions also include the Spanish language version that was shot at night on the same sets with a different cast and crew.