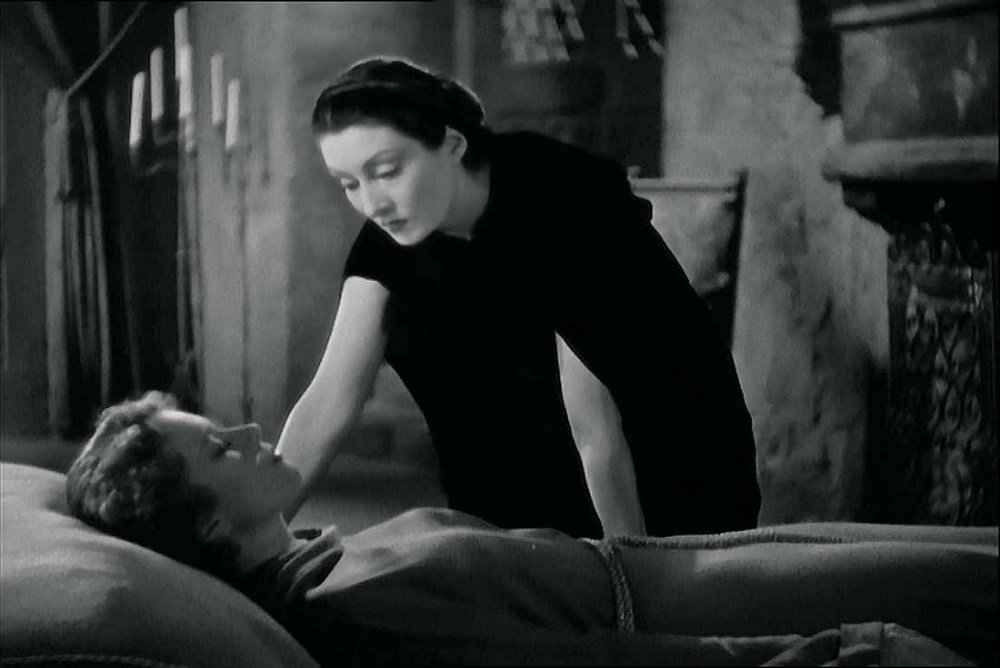 Gloria Holden, tall, dark, and continental, is the aristocratic title character fighting her nature and seeking a cure for her affliction. A sympathetic psychiatrist (Otto Kruger) encourages her to “face her fears,” but when she lures a pretty young street walker to her room to model for a painting, the temptation over her fleshy offering proves too much to overcome. Edward Van Sloan reprises his role as Van Helsing, held by the police for the murder of Count Dracula (the film opens on the final scene from Dracula) but released in the nick of time to help Garth, now at the mercy of the bitter and vindictive vampire.

Director Lambert Hillyer makes the most of his low budget, with austere, angular sets and an almost abstract sense of the foggy city night. Holden’s mysterious face and tall, willowy body makes her an even more striking vampire than Lugosi, and Irving Pichel’s offbeat servant is like an American gangster with the breeding of a European aristocrat: thick, thuggish, but always proper.

The script falls into the usual rut of Universal’s later horror films, losing the mood in the busy plot, but the smooth style and Holden’s dignified performance lifts this above most Universal sequels.