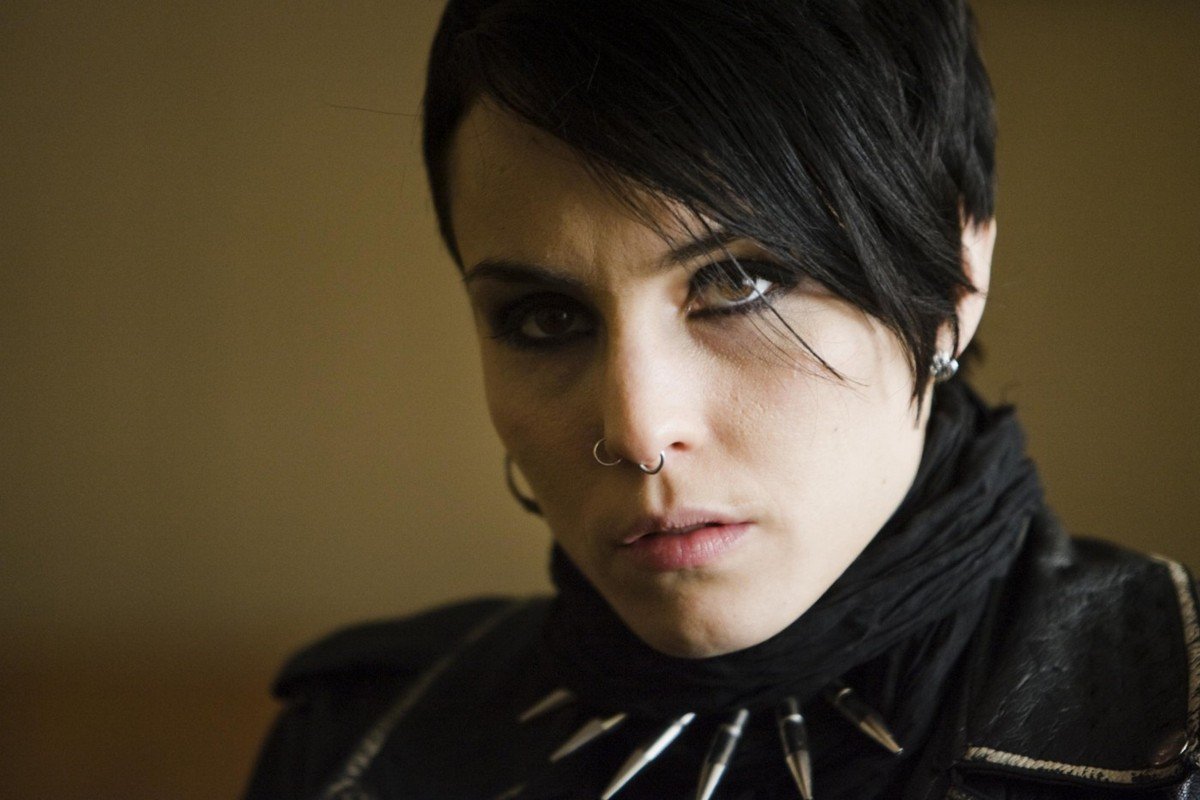 Stieg Larsson’s Millennium Trilogy, a trio of novels that teams up a disgraced journalist with a punk hacker, was an international phenomenon. The books sold millions in translation across the globe and were brought to the screen in Sweden, both in feature films and extended versions for TV. David Fincher directed an English-language version of the first novel, in my opinion a superior adaptation, but for many the original Swedish take offers the definitive screen versions of Lisbeth Salander and Mikael Blomkvist. It was released both as a trilogy of feature films and in an extended version as a Swedish TV mini-series.

Niels Arden Oplev brings a workmanlike approach to his adaptation The Girl with the Dragon Tattoo (2009) but the film works nonetheless thanks to a strong story and Noomi Rapace’s downright feral incarnation of Lisbeth Salander, an angry delinquent that life has hardened into a ferocious young woman. She’s got to be hard to survive this predatory world, even before she get involved in a decades old murder mystery that stirs up old secrets. Michael Nyqvist gets top billing as the ostensible hero of the story, investigative journalist Mikael Blomkvist, who comes out of prison after serving time for libel (he was framed, natch) and agrees to take the cold case, but Salander, who uses her hacking skills for freelance investigations for clients who don’t care how she gets her information, takes an interest in Mikael. It’s the first altruistic act we’ve seen from her… even if it is a matter of vengeance. And vengeance is something she knows about, and exacts with fury.

The Girl Who Played With Fire (2009) is an improvement on the first film, moving away from the murder mystery conventions of the first film to focus on the terrible past of Salander that returns with a vengeance. Emphasis on vengeance: this hits territory just as dark as the first film, but far more personal. Director Daniel Alfredson is no action director and fails to create anything resembling tension but he is more responsive to the characters and puts the relationship between Lisbeth and Mikael at the center of the thriller, all the more impressive given that they hardly ever share the screen. That relationship is more powerful and convincing this time around, not a narrative contrivance but a personal connection despite Lisbeth’s instincts to keep everyone at arm’s length. But the film belongs to Lisbeth, who is active, smart, fierce, angry, and focused, with Mikael in support.

The Girl Who Kicked the Hornet’s Nest (2009) wraps up the tale with more efficiency than excitement. Director Alfredson goes through the motions of the exposition-heavy plot like it was a checklist and only the fierceness of Rapace’s incarnation of Lisbeth and Nyqvist’s conviction as the loyal Mikael give any personality to the passionless portrait of justice. By the end of the film it becomes an arch, stilted courtroom drama where the tables are turned with such colorlessly systematic precision that the poetic justice feels spoon fed. And yet the story is so vivid and Lisbeth such a riveting creation that they pull the films through and deliver a satisfaction to the closure.

Not rated, in Swedish with English subtitles

The Girl with the Dragon Tattoo [Blu-ray]

The Girl Who Played with Fire [Blu-ray]

You can get both the original theatrical version and Dragon Tattoo Trilogy: Extended Edition, the TV miniseries presentation, which offers the most complete screen version of the story. The Blu-ray and DVD box sets from Music Box itself is a simple, handsome design: four slim paperboard cases in a heavy protective slipsleeve. The first three discs are the same editions that were released individually, but the fourth “Bonus Disc” is exclusive to this set. “Millennium: The Story,” a 49-minute English-language documentary, is the most substantial supplement in this presentation. Produced in 2009, before the second and third films were released, is more focused on the books, the phenomenon (we tag along the “Millennium Tour” that has become a tourist attraction in Stockholm) and the life and inspirations of author Stieg Larsson, who had already died. The disc also includes Swedish-language interviews with stars Noomi Rapace (20 minutes) and Michael Nyqvist (13 minutes), an interview featurette with the cast and crew of The Girl Who Played With Fire and The Girl Who Kicked The Hornet’s Nest (14 minutes) and a short featurette on the fight scene between Niederman and Paulo Roberto in The Girl Who Played With Fire (9 minutes), all subtitled in English, plus galleries of trailers and posters from all the films.