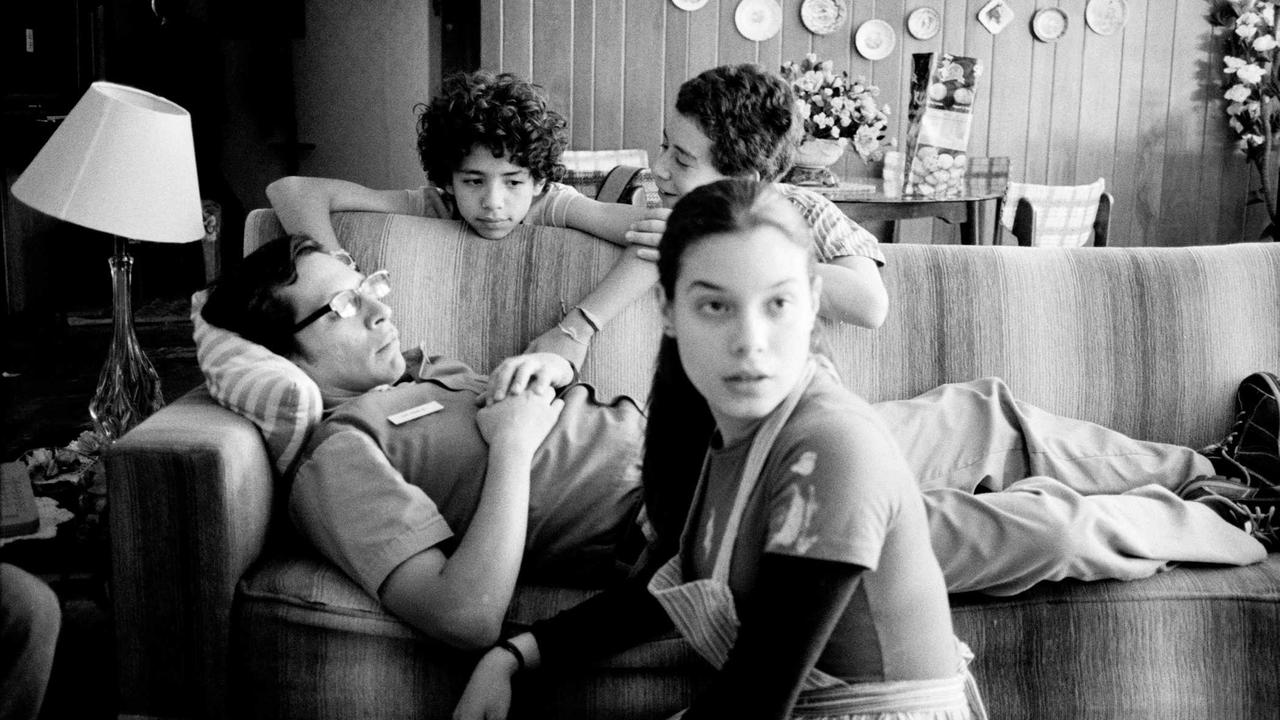 The spirits of Jim Jarmusch and Kevin Smith hover over Duck Season (Mexico, 2004), a breezy slacker comedy set on a comatose Sunday afternoon.

Moko (Diego Cataño) and Flama (Daniel Miranda) are 14-year-old buddies with nothing more elaborate planned than a home alone day of X-Box and junk food when a rolling blackout turns electronic gaming into an exercise in futility. Enter 16-year-old neighbor girl Rita (Danny Perea), who borrows their kitchen to bake a cake or three, and Ulises (Enrique Arreola), a stubborn pizza delivery guy who arrives 11 seconds past the promised half-hour deadline (at least according to Moko’s watch) and refuses to leave until he gets his cash.

Rita turns the kitchen into a comestible disaster area and flirts with Moko (who, despite talking a good story, hasn’t a clue how to respond) and Ulises tries to ease Flama’s anxiety over his parents’ contentious divorce by suggesting he was adopted. The boys simply shrug and take them in stride.

Shot in black-and-white and directed at the lolling pace of an all-night bull session by filmmaker Fernando Eimbcke, Duck Season never pretends to make anything more of this time spent in amiable company. There are no life-changing revelations or defining bonding moments, just day tripping captured with a deadpan appreciation of the quirky absurdity of it all. Killing time has rarely been so much fun.

It won 11 Ariel Awards (Mexico’s answer to the Oscars) including best picture, director, actor, actress, and screenplay, and was nominated for a Film Independent Spirit Award.

Rated R, in Spanish with English subtitles, black and white

It’s not on Blu-ray or DVD but sometimes can be found on SVOD through Amazon Video, iTunes, GooglePlay, Vudu and/or other services. Availability may vary by service.