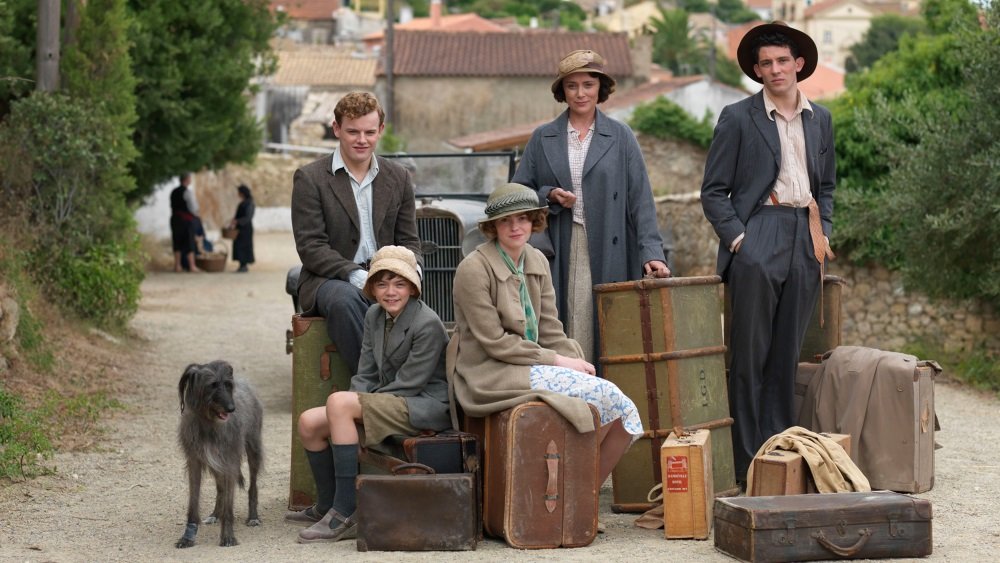 The Durrells in Corfu: Season 1 (2016) – Based on “The Corfu Trilogy,” a series of memoirs by respected naturalist, conservationist, and author Gerald Durrell, this British series follows the adventures of Louisa Durrell (Keeley Hawes), a newly-widowed mother of four children who moves her impoverished family from England to the sunny Greek island of Corfu, a lovely but provincial place that has no electricity, in 1935.

Her eldest son, Lawrence (Josh O’Connor), is an aspiring writer with an arrogant attitude (in real life, Lawrence Durrell became a successful and respected author), daughter Margo (Daisy Waterstone) a young woman just getting interested in boys, middle son Leslie (Callum Woodhouse) a dim lad uninterested in anything but hunting in the local hills with his rifle, and youngest Gerald (Milo Parker) a burgeoning zoologist who collects enough animals to turn his menagerie into a zoo. In the first episodes the eldest kids are self-absorbed and lazy, unable or unwilling to help Louisa as she slips behind in the rent and forages for food, but they begin to grow up over the course of the season, with Margo landing a job as a companion to a reclusive countess (Leslie Caron) and Lawrence selling his first story. Louisa, however, is at the center of the show as she struggles to make a life for the family and find a place in the sleepy island life with the help of the gregarious Spiros (Alexis Georgoulis), who finds them a housekeeper (Anna Savva, who is hilarious as the judgmental but supportive Lugaretzia) and appoints himself their guide, friend, and driver.

It’s a light drama with entertaining characters, all shot on location and the gorgeous hills and sun-dappled beaches, and the cultural color of island life is as interesting as the human story. When Louisa’s demanding, blithely racist Aunt Hermione arrives to take them all back to England, you understand exactly why Louisa wants to stay. Despite all the struggles, or perhaps because of them, she has found a home in Corfu.

The British series originally played in the PBS showcase “Masterpiece” in the U.S. and a second series is in production.

, iTunes, GooglePlay and other services. Availability may vary by service.
The Durrells in Corfu [DVD]

The Durrells in Corfu [Blu-ray]