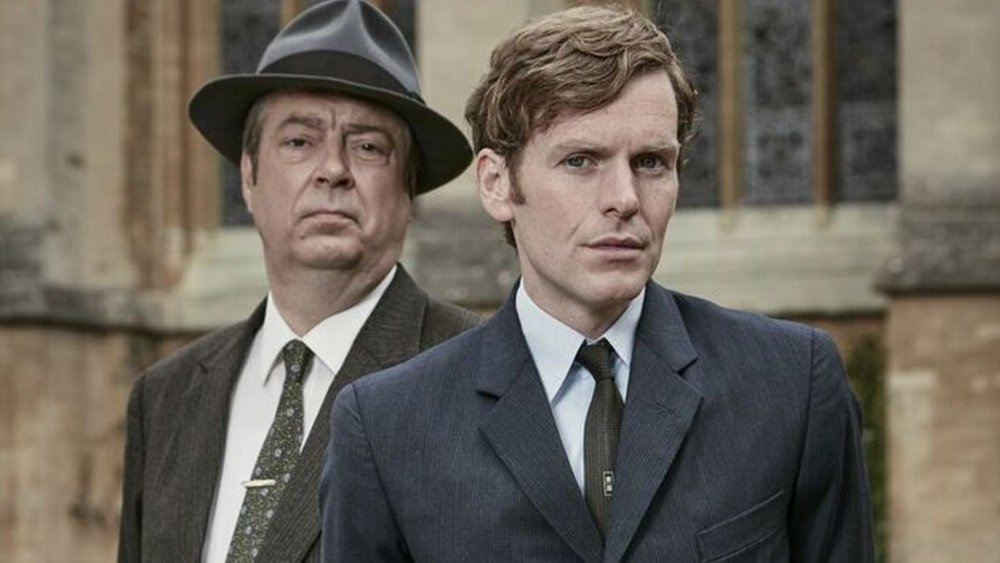 The prequel series to Inspector Morse, about the early years of DC Endeavour Morse (Shaun Evans) in Oxford, is a darker show than either the long-running Morse, one of the most popular British detective shows ever made, or the contemporary sequel Inspector Lewis.

Endeavour: Season 3 (2016) begins with Morse out of prison (after being arrested for a crime he didn’t commit) and secluding himself in a remote cabin and his senior officer DI Thursday (Roger Allum) out of the hospital after near-fatal shooting and investigating a murder which, coincidentally, occurs near Morse’s cabin. Morse can’t help but get involved in the investigation and he inevitably rejoins the department. And in the final mystery of the season, he’s taken hostage in a bank robbery gone sideways. The corruption of past seasons is played down while Morse becomes more of a tragic figure as he struggles with his fear of emotional connection. It’s like he’s afraid he can never have that kind of love himself.

Some of the mysteries get a bit far-fetched in their solutions but the portrait of Oxford in general and police culture in particular in the 1960s is fascinating. This is an era when even good cops would beat suspects to get information, something that puts the non-violent Morse at odds with Thursday, a mentor and in some ways father figure to the intellectually gifted but emotionally remote Morse. It gives this series a more complex character drama than similar British mysteries.

and other services. Availability may vary by service.
Endeavour: Series 3 [DVD]

Blu-ray and DVD editions include a featurette and cast interviews, and the discs feature the complete British versions of the shows, which are slightly edited down when broadcast on “Masterpiece Mystery” on PBS.