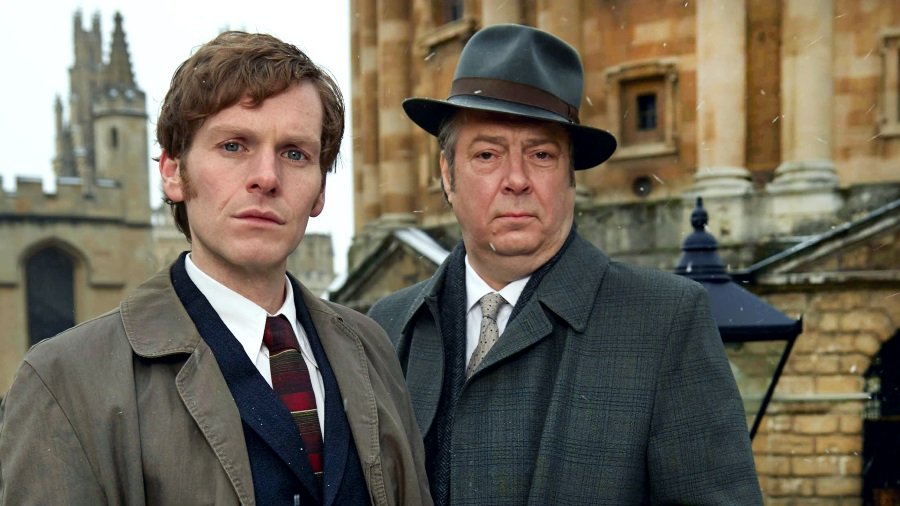 Shaun Evans stars in the British TV prequel to the long-running Inspector Morse mystery series, playing the young Morse when he was but a young Detective Constable who reluctantly returns to Oxford for a case that changes the course of his career. This production is “written and devised by” Russell Lewis, who takes the character created by novelist Colin Dexter and immortalized on TV by John Thaw and goes his own way with it, imagining Morse’s beginnings in a culture of corrupt cops and old-boy networks that protect their own. You might recognize this portrait of insular police culture from the original Prime Suspect shows or Life on Mars (the British series, of course, not the American remake).

This Morse, brilliant and dedicated yet soft-spoken and unsure of his commitment to the job in such a culture, tends to alienate the veteran officers with his intellect and his abrasive, argumentative attitude. Roger Allam co-stars as the committed head of this unit, DI Thursday, who not only recognizes Morse’s intelligence and talent but encourages it. It’s as if the discovery of an honest cop in his house has reignited his own passion for the job and doesn’t just nurture the talent, he protects this lone intellect in the bullpen from the veteran bulls.

It makes for a very different kind of show than the long-running Inspector Morse series of the eighties and nineties, more modern in its storytelling yet steeped in the period atmosphere of 1965 Oxford. The mysteries all stand on their own, but over the course of the nine episodes (to date) they reveal an environment of intolerance and abuse and, in the final mysteries, a culture of corruption that goes back decades and reaches to the most powerful people in Oxford. And on a lighter note (because it can’t all be gloomy and dire), Endeavour starts dating a nurse in his apartment building.

If you don’t already know the meaning of the title, it’s all explained in the final scene of the pilot episode. It’s worth the wait.

The show originally played on the PBS showcase Masterpiece Mystery and a third series is slated to start in 2016.

Amazon new has the pilot telefilm and the first two complete series of the show available for Prime members to stream.

Add to watchlist: Endeavour (pilot) and Endeavour: Seasons 1 and 2