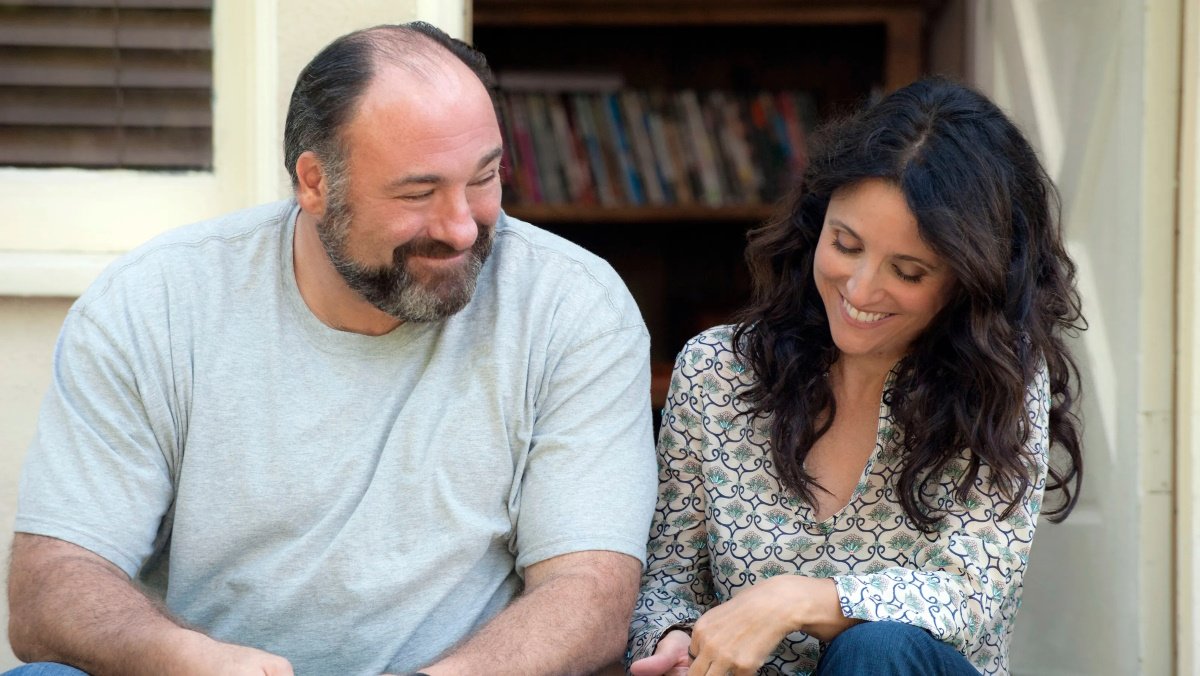 Julia Louis-Dreyfus stars as Eva, a masseuse and divorced 40-something mom finding romance again in Enough Said (2013, PG-13), a lovely little film with the final screen performance by James Gandolfini.

Eva meets Albert (Gandolfini) at a party and, though he’s not her type, as she says, he may be her match. She’s attracted to his warmth and gentleness and sense of humor, all things that Gandolfini rarely had a chance to show in his previous roles.

Dreyfus is equally good as a smart, witty woman who is “tired of being funny.” The script’s twist—Eva discovers that her new client and best friend (Catherine Keener), a woman who can’t stop complaining about her ex-husband, is in fact Gandolfini’s ex-wife—is right out of classic Hollywood plotting. The screwball situation becomes a springboard for an often bracingly honest portrait of love the second time around.

Nicole Holofcener writes and directs and fills the film with little askew observations about friendships and romances and family relationships that ring true. Dreyfus was nominated for a Golden Globe and Gandolfini’s performance and Holofcener’s screenplay were nominated for Independent Spirit Awards.

Also on Blu-ray and DVD and on SVOD through Amazon Video, iTunes, GooglePlay, Vudu and/or other services. Availability may vary by service.
Enough Said [Blu-ray]
Enough Said [DVD]