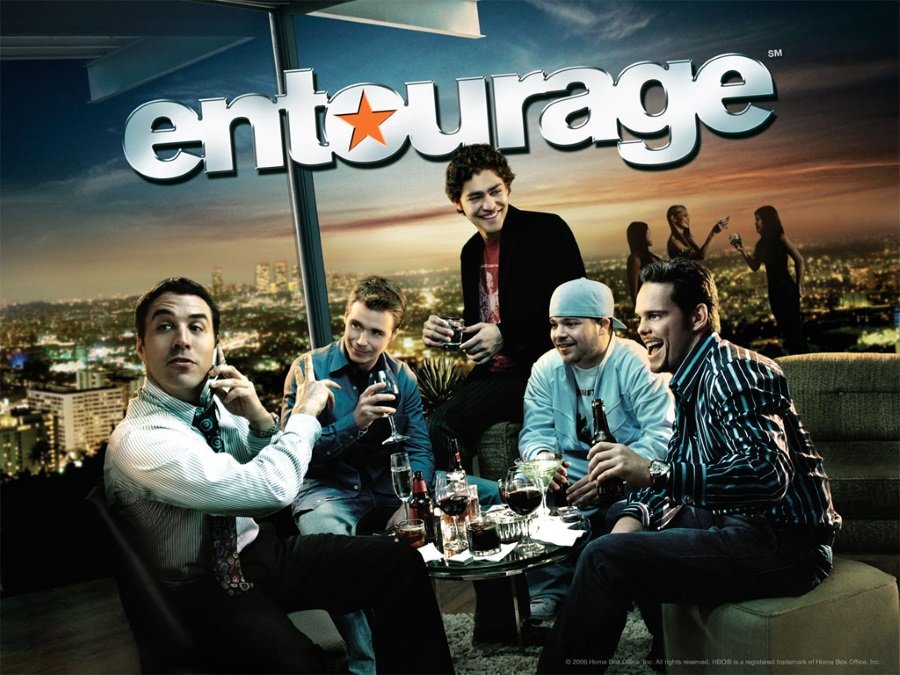 Adrian Grenier is Vincent Chase, Brooklyn kid turned rising Hollywood star, and when he follows his career to Hollywood, he brings his buddies along for the ride and for the company. It’s his posse, his entourage, in the HBO comedy inspired by the experiences of the show’s producer, Mark Wahlberg, and Amazon Instant Video Prime now has Entourage: The Complete Series.

Grenier is all easy charm and offhanded generosity as Chase, the show’s poster boy for fame and fortune, but Kevin Connolly is arguably the real star of the story as the best friend and brain trust Eric. He’s a manager in everything but name and his streetwise smarts and unflinching loyalty make him a match for Vinnie’s instinctively abrasive and casually offensive super-agent Ari Gold (Jeremy Piven). The entourage is rounded out by Kevin Dillon as Chase’s half-brother, the struggling bit player Johnny Drama, and Jerry Ferrara as the easy-going go-fer Turtle, happy to takes his place at the bottom of the pecking order as long as he gets his share of the sexual spill-off from the throngs of women Vincent attracts.

The HBO comedy series gives off an insider’s vibe mixed with street smarts and wry observations of relationship politics as it surveys the Hollywood subculture of stars and their posses and the tricky dynamics that fame, money, and status bring to old friendships as they become part of the star’s support network.

It also plays the whole trip as a testosterone fantasy of fame, wealth, sex, and surface risks with little on the line but easy money and temporary reputations. Vinnie rises to the top with his own superhero film (Aquaman, with guest star James Cameron as the director), trips up with an ambitious, self-produced epic about the rise and fall of the infamous Latin American drug lord that flops spectacularly, and recovers when Martin Scorsese casts him in his new project. Meanwhile Eric stakes out his claim as a professional manager, Johnny searches for his own project, and Turtle makes a play to start his own business. Would you believe that Vinnie’s golden touch rubs off on them all?

It’s hard to take this show seriously, with its golden boy success stories and life of affluence and parties and excess, where scandals are little more than temporary obstacles and easy drugs and sexual recklessness create problems that are shrugged off after an episode of tough love. But it was often a fun ride and you can’t fault the show for going out with the same unbelievable good fortune for all that it dispensed through the first seven seasons.

Entourage: The Complete Series features eight seasons and 96 half-hour episodes of the show, all now available to Amazon Prime members.

Entourage: The Movie will be available on disc and digital formats in September.