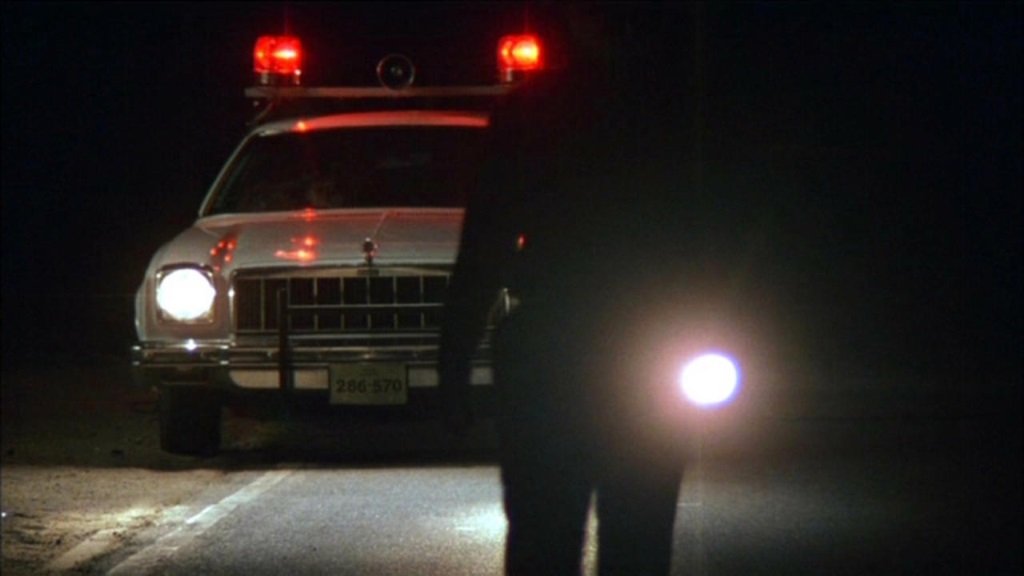 Documentaries have changed minds, championed causes, and even reversed policy, but The Thin Blue Line (1988) may be the first film to free a man from prison.

Randall Adams was on death row in Texas for the murder of a patrolman, convicted on the testimony of another suspect and a psychiatrist who made his living as a professional “expert” for prosecutors. Errol Morris set out to document the corruption of the trial process in death penalty cases and his initial interest was in Dr. James Grigson, a Dallas psychiatrist who earned the nickname “Doctor Death” for his success in convincing juries that suspects were irredeemable sociopaths.

That was before Morris dug deeper into the case and interviewed David Harris, whose testimony was instrumental in convicting Adams and who (at the time of the interviews) was on death row for another murder. Through the course of multiple interviews, Morris came to a different conclusion about just who was the sociopath here.

What began as an investigation into the corruption of the trial process in death penalty cases ended up us a meditation on the unreliability of memory and how minor differences in testimony can have a major impact on defining “the truth.”

Morris builds the film on interviews, shot looking straight on at his subjects, and stylized reenactments of the scenes as described in the testimony, which he uses to contrast the different and sometimes contradictory details offered as evidence. It’s a documentary as murder mystery, as dramatic as a Hollywood thriller with its vivid cinematography and the ominous Philip Glass score, but also a damning look at a justice system that ignores contradictory evidence to push for conviction.

The film helped reopen the case and exonerate Adams, thanks to the detail of Morris’s investigation (he once described himself as a “detective-director”), and it placed on many Top Ten lists of 1988, but the Academy of Motion Picture Arts and Sciences rejected the film from consideration in the “Best Documentary” category because of his use of impressionistic illustrations. The oversight started a critical reevaluation of the way documentaries were nominated. It remains one of the most important and influential documentaries in American cinema, and a riveting piece of filmmaking in its own right.

, iTunes, GooglePlay and/or other services. Availability may vary by service.
The Thin Blue Line [Criterion Blu-ray]

Criterion presents a special edition on Blu-ray and DVD in newly remastered transfers with exclusive interviews with Morris and documentary filmmaker Joshua Oppenheimer and a news report of the Adams case from 1989. Also available in a movie-only DVD edition.