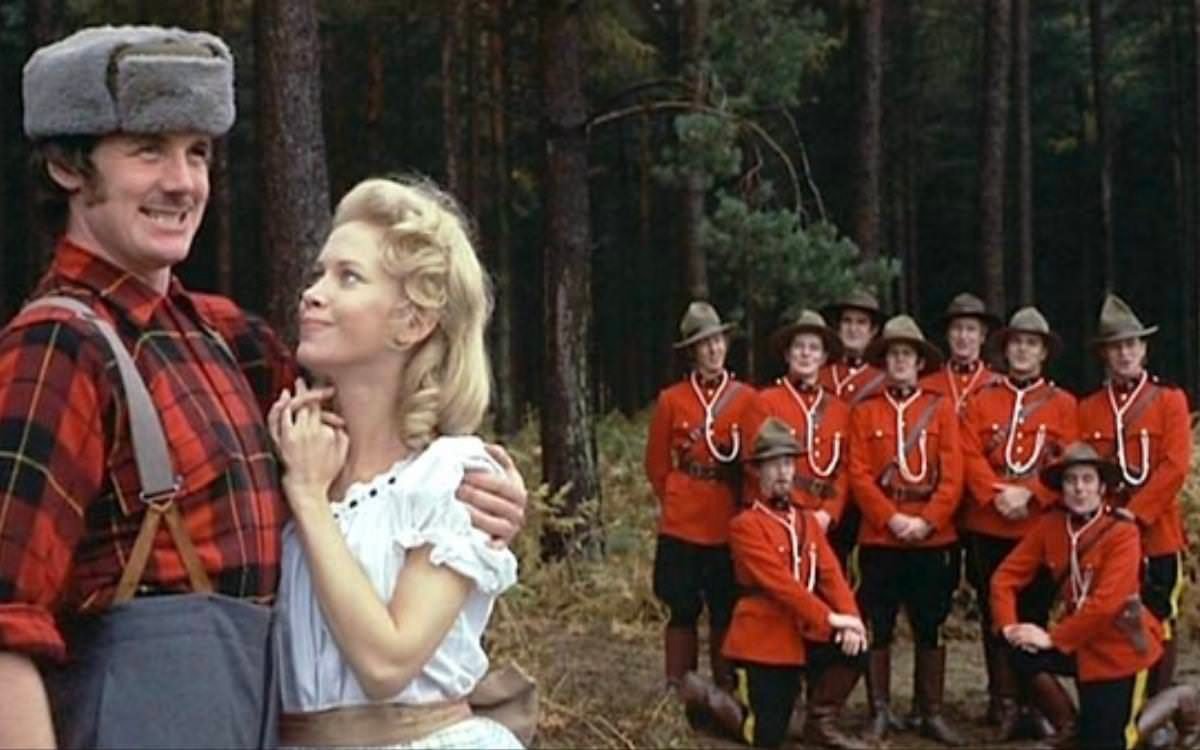 And now for something completely different. In 1969, five overeducated British comics and an American illustrator ambushed the BBC with the strangest show in British history. How they got on the air is anyone’s guess (rumors of blackmail were quickly hushed, though the Python’s penchant for sheep gags… but enough of speculation), but their irreverent writing, ludicrous gags, and mix of high culture and slapstick lunacy transformed the sketch comedy show into a stream of consciousness loony bin of absurdity interspersed with outrageous animations.

Though it lasted a mere four seasons and 45 episodes (John Cleese left the show after the third season), Monty Python’s Flying Circus developed a cult following in the UK, the U.S. (it was a rerun staple for decades on PBS), and all over the world, spawned a handful of movies and live tours, and inspired the anything-goes zaniness of Robin Williams and Steve Martin, the absurdist skits of Saturday Night Live and The Kids in the Hall, and the mix of satire and whimsy of South Park, 30 Rock and The Good Place. Graham Chapman, John Cleese, Terry Gilliam, Eric Idle, Terry Jones, and Michael Palin all carved out unique individual careers since but they never lived down the mix of sophisticated satire and music hall pratfalls that they unleashed on an unsuspecting public.

Netflix is now home to the complete run of Monty Python’s Flying Circus as well as best-of collections, tributes, concert movies, and documentaries. If you don’t know where to start, join host Steve Martin in Parrot Sketch Not Included: Twenty Years of Monty Python (1989, TV-MA), which spotlights an hour of their most famous sketches. Or dive directly into the series. The genius is there from the very first episode.

Here’s a decidedly subjective guide to the essential Pythons on Netflix, organized chronologically.

A primer in pet shot customer service, courtesy of John Cleese and Michael Palin. “He’s not pinin’! He’s passed on! This parrot is no more! He has ceased to be! He’s expired and gone to meet his maker! This is an ex-parrot!” Arguably the definitive skit of the troupe, it’s a favorite of live performances.

Sing it with me, everyone: “Oh, I’m a lumberjack and I’m okay / I sleep all night and work all day / I cut down trees, I skip and jump, I like to press wild flowers / I put on women’s clothing and hang around in bars.”

John Cleese delivers the single greatest physical performance in a Monty Python sketch with his stiff-legged locomotion transformed into an absurdist ballet.

“Nobody expects the Spanish Inquisition! Our chief weapon is surprise. And fear. Our two weapons are fear and surprise… and ruthless efficiency! Our three weapons…”

Logic and reason disintegrate in the face of pure, reflexive contradiction. Not only hilarious, this skit has is a handy teaching tool in the mechanics of debate and verbal engagement.

Michael Palin and John Cleese are at it again as erudite customer Cleese attempts to purchase some cheesy comestibles from proprietor Palin. Another classic revived in live shows and recordings.

A treatise in economics by way of a Robin Hood parody. “This redistribution of the wealth is trickier than I thought.”

Graham Chapman, Eric Idle, Terry Jones and Michael Palin are old codgers one-upping each other with stories of youthful hardship. Never performed in the series but a staple of their live shows.