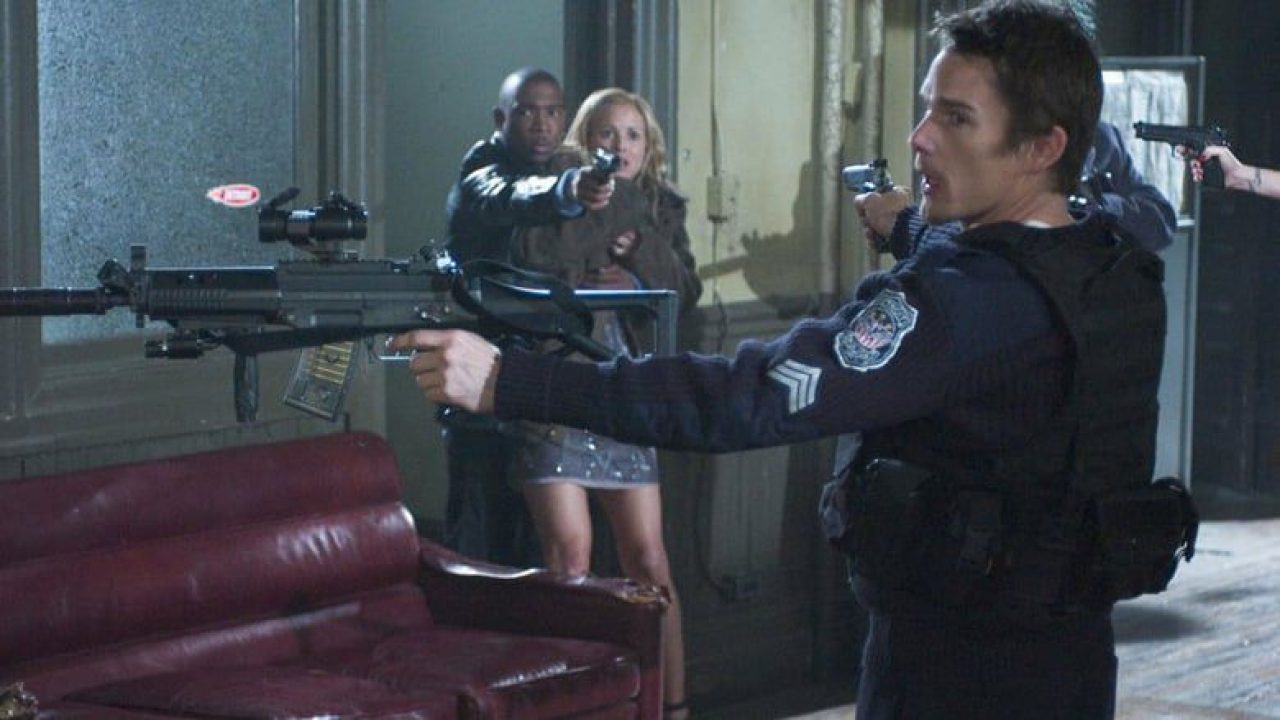 Ethan Hawke stars as a former undercover cop who hit the bottle and retreated to desk work after one case went horribly wrong. Now a gun-shy station commander overseeing the last night of his police station during a New Year’s Eve snowstorm, he’s pulled out of his hole when his skeleton staff is attacked by a platoon of corrupt cops. They want a high-profile gangster (Laurence Fishburne), who has been stashed in the station’s temporary holding cell. Hawke, refusing to cave in, stands his ground during the siege with rag-tag collection of cops, civilians, and small-time crooks, making for a situation just as volatile inside as out.

The casting is excellent (especially Brian Dennehy as the veteran cop on the verge of retiring) and the physical setting is perfect. The screenplay opens up Carpenter’s insular film with backstories for both the heroes and villains (Carpenter left the attack almost unmotivated and the randomness gave the violence a scarier edge).

Yet Jean-François Ríchet, a French director making his American debut, keeps it a lean, clean, tough little movie that doesn’t overplay its story or overcomplicate the narrative/ He makes this low-budget thriller is far more engrossing and satisfying than the empty big-budget overkill that gluts the action movie market.

On Blu-ray and DVD, with a thirty-minute made-for-cable featurette, short featurettes on the weapons, production design, and stunts, interviews, and deleted scenes.