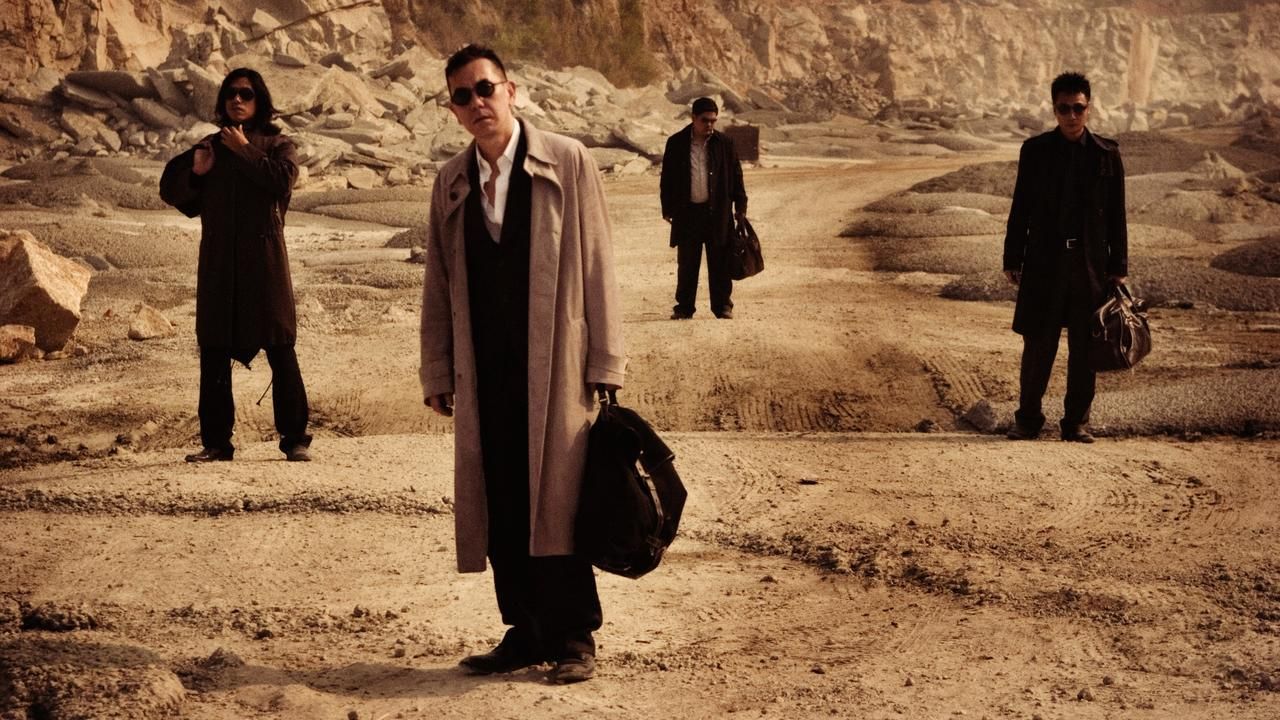 For Exiled (Hong Kong, 2006), he delivers an elegant genre exercise. Though not technically a sequel to The Mission, most of that film’s cast are back in comparable roles and a premise that turns a simple hit into a buddy crime odyssey.

The former comrades in arms (in this case, arms do mean guns) find themselves on opposite sides when the boss puts out a contract on one of them and the remaining quartet are divvied up on opposite sides of a gangland hit. Anthony Wong anchors the cast as the impassively cool leader Blaze, who manages to call a truce in the midst of chaos and bring them together for on final mission.

There’s not much to the plot but the play of criminal codes and personal loyalties in an underworld that puts duty against friendship in a bullet ballet of romantic nihilism. To reduces the almost random series of events to an abstract plot of wordless set-pieces, meticulous compositions, and iconic imagery. He favors the geometry of formal staging and the play of glances and nods in silent teamwork over the spectacle of violence, and his slowly gliding camera gives it all the dreamlike quality fitting the delirious twists and surreal situations. The purity of expression is to die for.

Also on Blu-ray and DVD and on SVOD through Amazon Prime, iTunes, GooglePlay, Fandango, Vudu and/or other services. Availability may vary by service.
Exiled [DVD]

The DVD includes “The Making of Exiled” (in Cantonese with English subtitles) and six minutes of “Behind the Scenes” footage (without subtitles), plus an optional English dub soundtrack for the film.