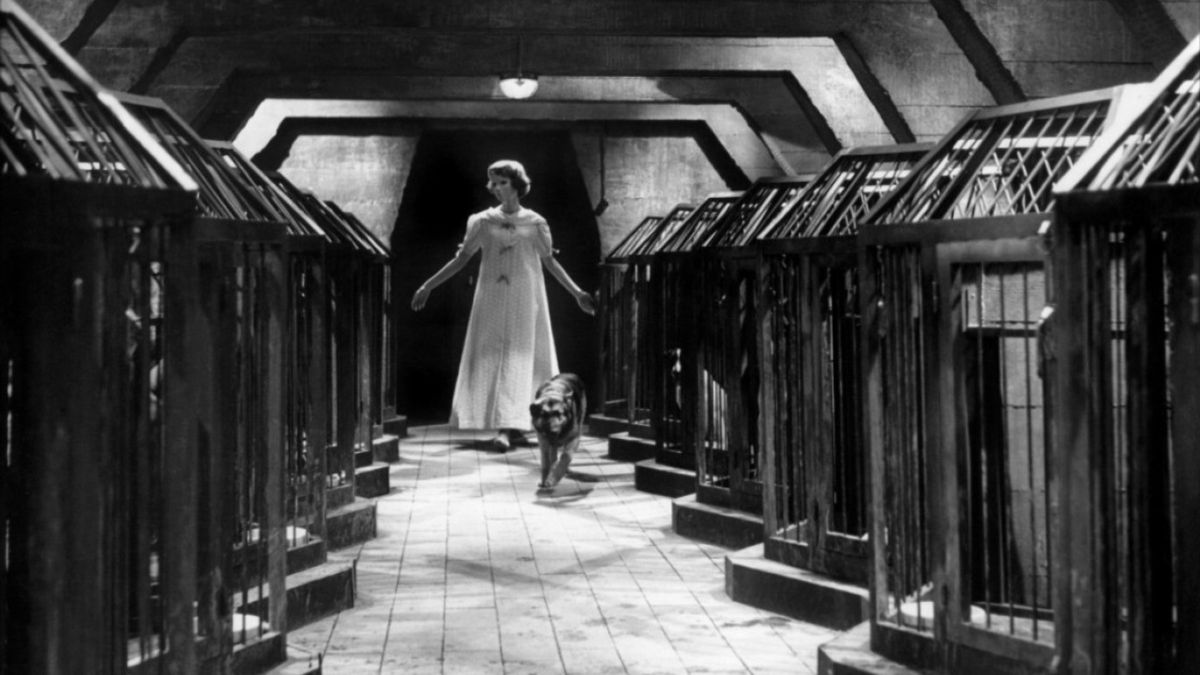 George Franju’s perverse and poetic Eyes Without a Face (France, 1959) is at once lyrical, haunting, and deviant, an elegantly horrifying classic of sadism and shadowy grace.

A famed plastic surgeon (Pierre Brasseur), wracked with guilt over disfiguring his once beautiful daughter (Edith Scob) in car wreck, lures young woman to his secluded mansion with the help of his mistress Louise (Alida Valli) and performs brutal, bloody experiments upon them, sacrificing their beauty and their lives to restore his daughter’s face. She wanders like a lost fawn through the house, her scarred face hidden behind a blank mask that exposes only her sad, lonely eyes.

Franju’s cool presentation gives an unsettling edge to the picture, from the uncomfortably quiet family dinners to Christiane’s hesitant explorations of her father’s laboratory to the unflinching views of Genessier’s bloody operations. Reminiscent of Cocteau’s fantasy imagery in Beauty and the Beast, Franju creates an eerie poetry of the doctor’s sadistic experiments, culminating in an astonishingly brutal and beautiful finale. The screenplay was co-written by Pierre Boileau and Thomas Narcejac, authors of the novels which became Les Diaboliques and Vertigo.

In French with English subtitles, black and white.

, iTunes, GooglePlay, Vudu, and/or other services. Availability may vary by service.
Eyes Without a Face (Criterion Collection) [Blu-ray]

Eyes Without a Face (The Criterion Collection) [DVD]

The Criterion Blu-ray features a new interview with actress Edith Scob plus the supplements from the earlier DVD release, including Blood of the Beasts, Franju’s 1949 short documentary about Paris slaughterhouses, archival interviews with Franju, and excerpts from the documentary Les Grands-pere du Cinema featuring screenwriters Pierre Boileau and Thomas Narcejac, plus a booklet with essays by novelist Patrick McGrath and film historian David Kalat