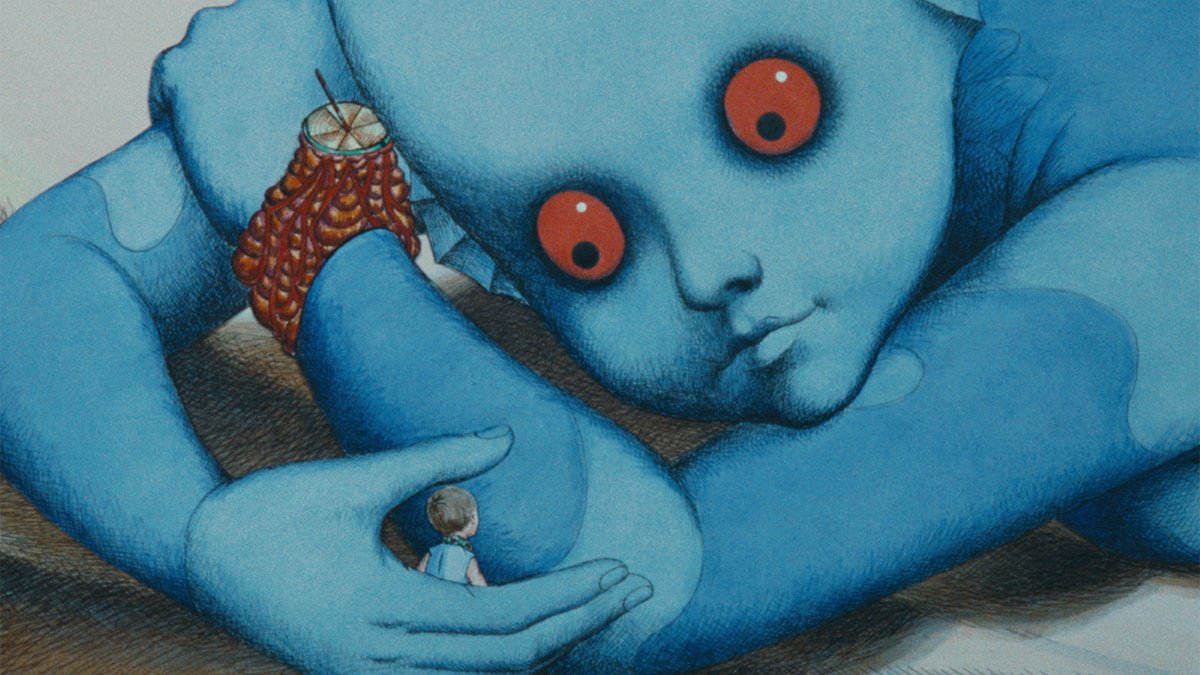 La planète sauvage, the original French title of Rene Laloux’s legendary animated feature Fantastic Planet (France, 1973), is a better indication of the torments that await the inhabitants of this cult science fiction classic. The oppressed (and very human-like) Oms live in a world ruled by blue-skinned giants called the Draags, who treat the diminutive Oms as pets at best and vermin at worst.

More fantasy than science fiction, this strange, metaphorical portrait, adapted from the novel Om En Serie by Stefan Wul, plays out in a world as psychedelic as Yellow Submarine but far more predatory. Laloux creates a culture where intellect is disconnected from morality and sensual decadence rules. The animation and storytelling is oddly static but the weird, lush landscapes, bright pop-art colors, and bizarre imagery (designed by famed French illustrator Roland Topor) create an alien world of wonder and terror, which Laloux presents from an eerie remove.

If the mix of “David and Goliath” and civil rights appears simplistic, it’s hard not to see their fight against oppression reflected in the civil rights struggle in America, the French in Algeria, Apartheid in South Africa, and (when injustice takes a turn to wholesale annihilation of the “inferior” race) the Holocaust itself. But then, science fiction and fantasy has always been a natural crucible for metaphor.

It won a special award at the Cannes Film Festival in 1973.

The Criterion Collection Blu-ray and DVD releases includes the earlier animated shorts Les temps morts (1965) and Les escargot (1966) from Laloux and Topor, the 2009 documentary Laloux sauvage on Laloux, a 1974 French television profile of Topor’s work, and an archival interview with Topor, plus a fold-out insert with an essay by animation specialist Michael Brooke.