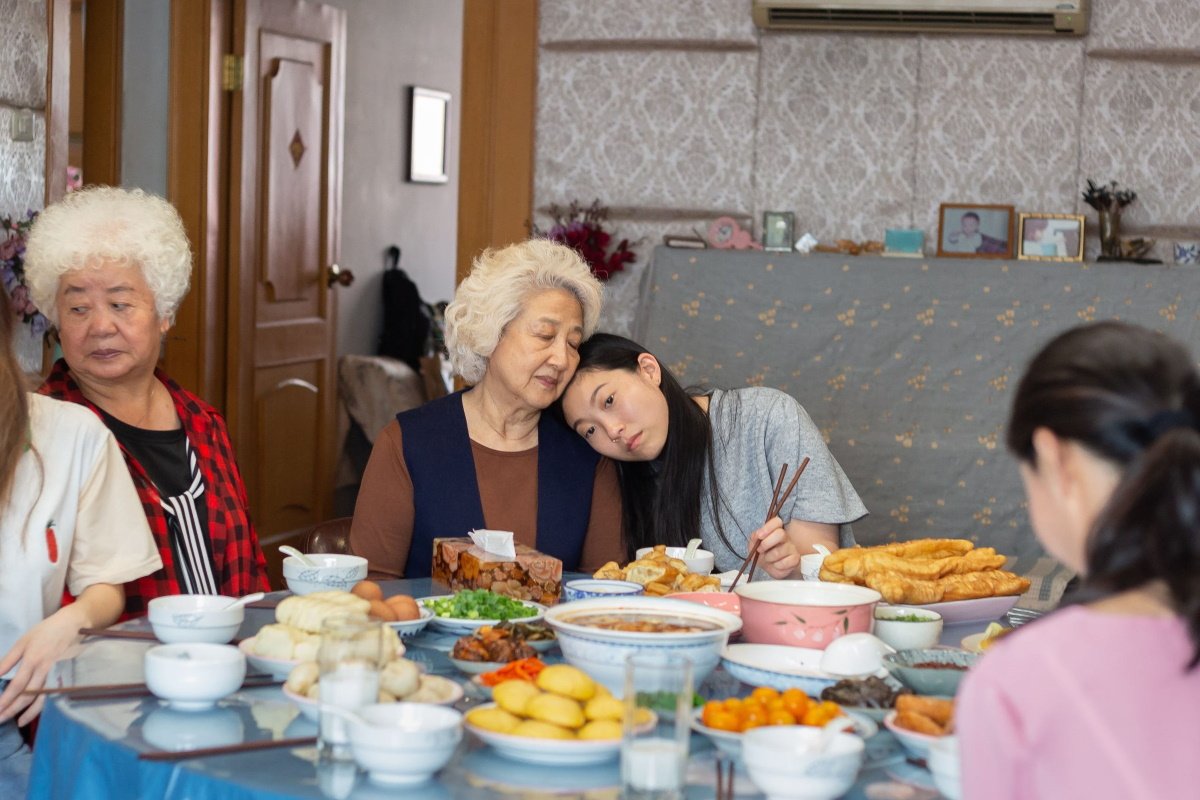 The gentle indie comic-drama “The Farewell” (2019, PG, with subtitles) follows the story of a Chinese-American woman (Awkwafina) who can’t understand why her family won’t tell her Chinese grandmother she has cancer. It was “inspired by a true lie,” as the ad campaign proclaimed, and it gives filmmaker Lulu Wang a platform to use humor and culture clash to explore death, grieving, and family relations. It was snubbed at the Oscars but won a Golden Globe and two Film Independent Spirit Awards. Streaming on Amazon Prime Video.

“A Shaun the Sheep Movie: Farmageddon” (2019, G), a sequel to the dialogue-free comedy from England’s Aardman Animations, delivers hilarious visual gags and absurd humor as the farmyard animals help an adorable alien that crash lands in rural England. Netflix gives the all ages comedy its U.S. debut.

Zoë Kravitz takes the lead as a record store owner with a bumpy love life in “High Fidelity: Season 1” a remake/reworking of Nick Hornby’s novel and the 2000 movie adaptation that references pop music to navigate the difficulties of relationships. All ten episodes streaming on Hulu.

Free pick: “The Last Black Man in San Francisco” (2019, R) is a poetic and personal drama about family, legacy, and our connections to our roots in the era of gentrification. It also offers a new perspective on the beauty of San Francisco. It won two awards at the Sundance Film Festival. Streaming on Kanopy, which is available through most library systems.

Matt Damon and Christian Bale star in “Ford v Ferrari” (2019, PG-13), which retells the true story of the Ford Racing Team taking on the Italian champions at the 1966 Le Mans race. It won Oscars for film editing and sound editing. Also on DVD and at Redbox.

Miike Takashi’s “First Love” (Japan, 2019, not rated, with subtitles) does indeed have a gentle love story, but it’s caught between warring gangs in very entertaining and very violent crime thriller.

Available same day as select theaters nationwide is “Olympic Dreams” (2020, PG-13), a romantic comedy with Nick Kroll and Alexi Pappas shot on location at the 2018 Winter Olympic Games, and road movie/caper comedy “Come as You Are” (2019, TV-MA).

“Good Time” (2017, R) gives Robert Pattinson a deliciously mercenary role as a scuzzy, jittery small-time thief trying to score bail money to get his mentally disabled brother out of jail. The jittery thriller is directed by Benny and Josh Safdie, who went to make “Uncut Gems.”

“Captain Underpants Epic Choice-o-Rama” (2020) is an interactive animated comedy for kids based on the best-selling storybooks.

Two additional Netflix Original movies debut: Bill Pullman in Cold War espionage thriller “The Coldest Game” (2019, TV-MA), and “To All the Boys: P.S. I Still Love You” (2020, not rated), a sequel to the 2018 high school romantic comedy.

The first five episode of reality dating show “Love is Blind” are now available, with five more arriving over the next weeks.

International affairs: a billionaire’s daughter fakes a relationship with a struggling boxer in the romantic comedy “Isi & Ossi” (Germany, 2020, not rated).

International TV: the limited series “Afsos” (India, 2020, not rated with subtitles) is a darkly comic thriller about a suicidal young man (Gulshan Devaiah) who has a change of heart after hiring a hitman to kill him. 8 episodes.

The documentary “Alive” (2019) follows the journeys of military veterans who turn to adaptive athletics to heal both physically and emotionally from battlefield injuries (Prime Video and Hulu).

“Utopia Falls: Season 1” (2020), which bills itself as “the first ever sci-fi hip-hop series,” is a young adult drama where teens in a seemingly utopian future question their authoritarian leaders after discovering suppressed music and art of the past. 10 episodes.

Cate Blanchette stars as a neurotic Seattle wife and mother who reconnects with the passions she put on hold in the comedy “Where’d You Go, Bernadette” (2019, PG-13), adapted from the bestselling novel by Maria Semple and directed by Richard Linklater. Billy Crudup, Emma Nelson, Kristen Wiig, and Laurence Fishburne costar.

And in case you missed it, you can watch “The 92nd Oscars” ceremony, complete with the Red Carpet prologue.

“Ali & Cavett: The Tale of the Tapes” (2018, not rated) offer a portrait of the boxing legend through his many appearances on “The Dick Cavett Show.”

The eighth and final season of “Homeland,” starring Claire Danes as a brilliant but bipolar CIA analyst and Mandy Patinkin as her mentor, is now running on all Showtime platforms. New episodes every Sunday.

Peter Sarsgaard, Kyle Gallner, and David Strathairn star in “Interrogation: Season 1,” a “non-linear” crime drama that digs into a decade-old murder case. The show is designed to be viewed in any order, according to the creators. All ten episodes available to stream on CBS All Access.

Ian McShane is a charming rogue of an antique hunter in “Lovejoy: Series 1 and 2” (1986-1991), the beloved comic series with a twist of caper antics.

“Mustang” (Turkey, 2015, not rated, with subtitles), Deniz Gamze Ergüven’s powerful and touching drama of five teenage sisters in Northern Turkey cut off from the outside world by their guardians, was an Oscar nominee and a big winner at European film awards.

“Film Plays Itself” is a collection of 17 films that take on filmmaking and the film industry, from Vincente Minnelli’s “The Bad and the Beautiful” (1952) with Kirk Douglas and Lana Turner through François Truffaut’s loving “Day for Night” (France, 1973, PG, with subtitles) to Robert Townsend’s satire “Hollywood Shuffle” (1987, R). Let me call your attention to two of my favorites making their respective Criterion debuts:

Vincente Minnelli’s “Two Weeks in Another Town” (1962), with Douglas as a one-time star and Edward G. Robinson as his former director, now reduced to shooting films in Europe.

Also new is Billy Wilder’s cross-dressing comedy “Some Like It Hot” (1959) with Tony Curtis, Jack Lemmon, and Marilyn Monroe and “Vanya on 42nd Street” (1994, PG), a rehearsal of the Chekov play from director Louis Malle with his “My Dinner with Andre” collaborators. Both include bonus features from the respective special edition Criterion disc releases.