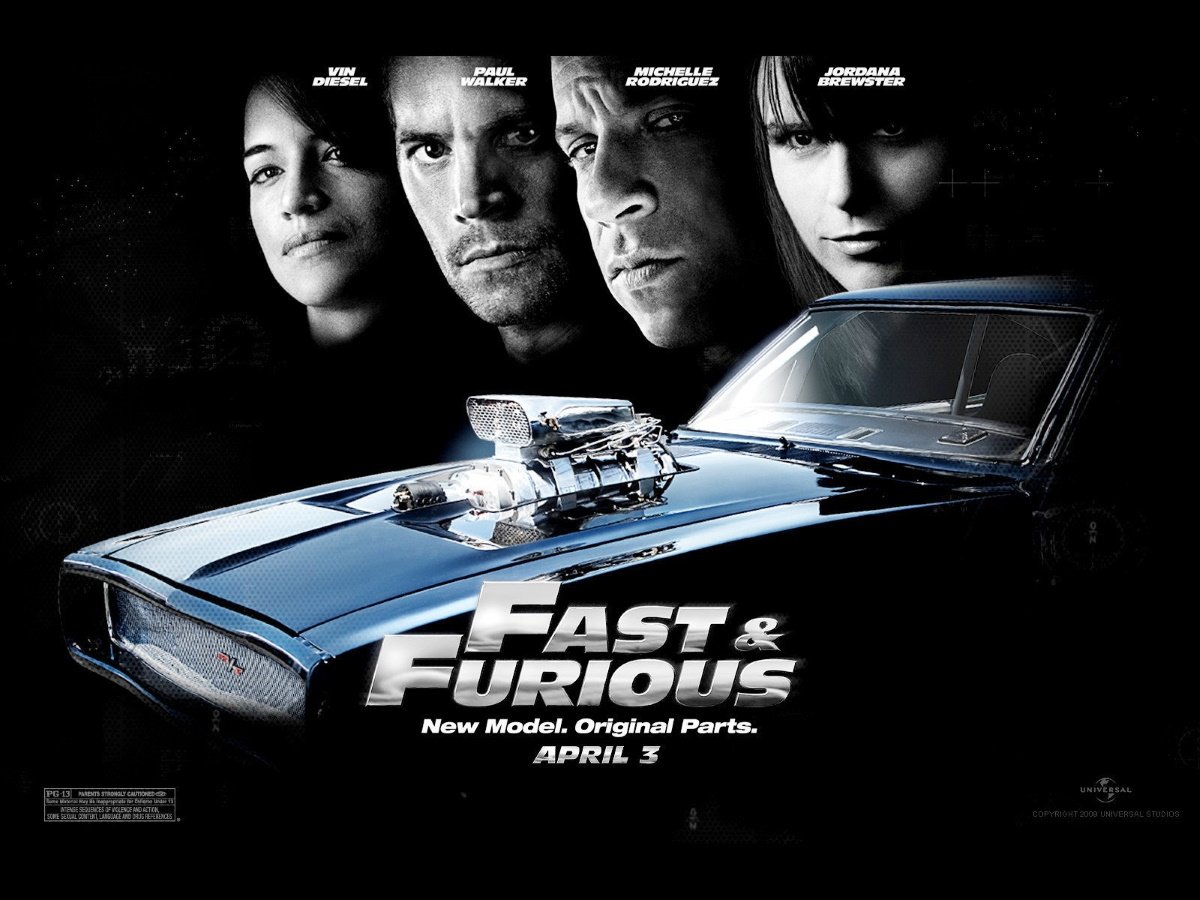 Justin Lin helmed the third film, which took the brand to Japan with a new cast, but with the fourth he reconnected with the chemistry that turned the original film into a hit, opening with an impressive high speed heist of a moving tanker truck. It’s an inventive, exciting scene with an explosive climax that begs the question: why is an oil tanker truck careening like a runaway train on a treacherous highway with deadly cliffs and dangerous curves?

That’s the level of logic at work here as it downshifts into a pulp fantasy in muscle cars and revenge movie clichés with a big budget and lots of digital effects. Brian goes undercover to stop a Mexican drug cartel and he enlists Dominic and his crew (who have decamped to the Dominican Republic) as back-up, despite the fact that they are all wanted in the U.S.

For all the overproduction of the speed scenes, most of the vehicular stunts and set pieces are pretty impressive (it won two top awards at the World Stunt Awards), if really, really stupid; I swear that the race through the mine shaft was lifted right out of a Speed Racer cartoon.

The film is also notable for introducing American audiences to Gal Gadot, who made her big screen debut as Giselle, a new member of the Dominic’s squad, and John Ortiz and Laz Alonso costar.

More than anything, though, the fourth installment is really framework on which to rebuild the franchise and the next two sequels, Fast Five and Fast and Furious 6, are among the most impressive vehicular action films of the last 20 years.

Leaves Peacock at the end of January. Add to Watchlist

The single-disc DVD features commentary by director Justin Lin and a gag reel. The “Special Edition” DVD and the Blu-ray versions have the reunion featurette “Getting the Gang Back Together” and numerous featurettes on the cars and the stunts, plus an exclusive short film by Vin Diesel called “Los Bandoleros.” It’s a prologue to the film by way of a mood piece, setting up the film’s signature big rig heist as a Robin Hood rebel action while lolling through the culture and music of the Dominical Republic. Exclusive to the Blu-ray edition are a pair of “U-Control” modes. Justin Lin and Paul Walker break into the film in the “Take Control” mode to discuss scenes in detail, sort of like tutorials with video illustrations, but only gearheads and car nuts will find “Virtual Car Garage and Tech Specs” of any interest.