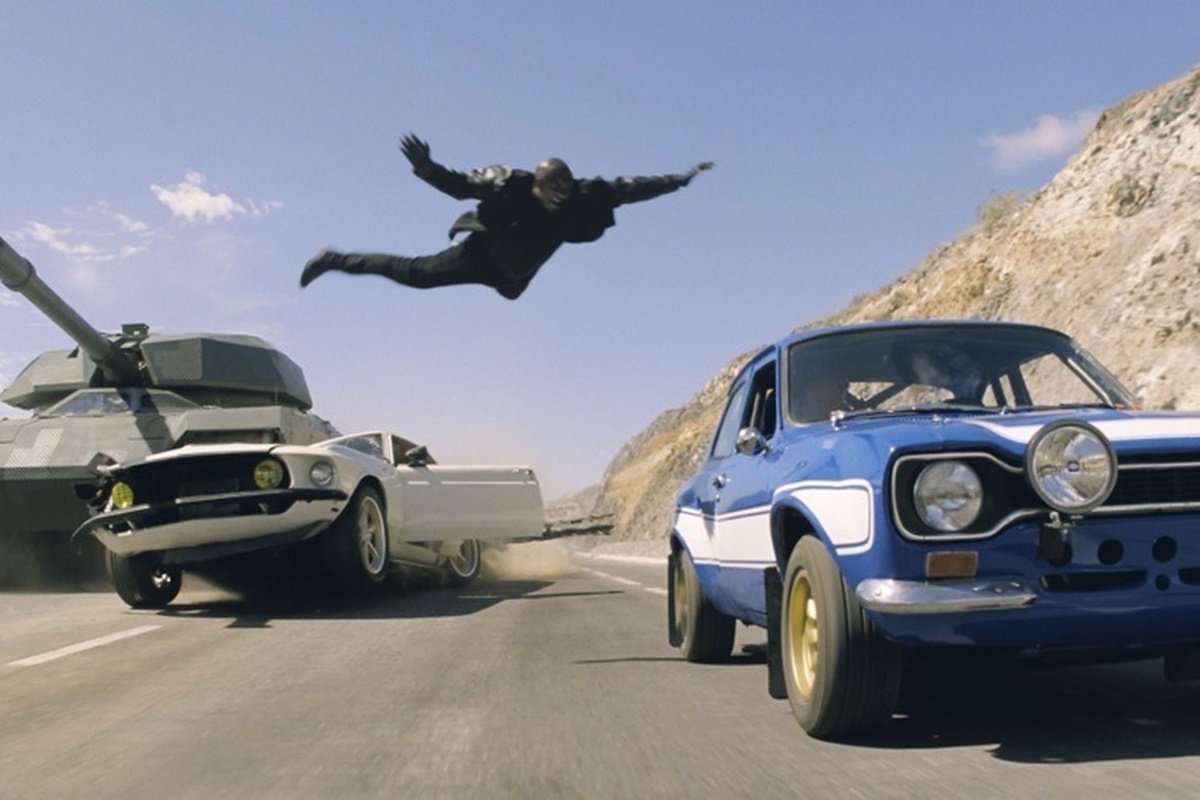 Fast & Furious 6 (2013) was never meant to be an epitaph for Paul Walker, the lean, blue-eyed lead who, after a couple of misfire sequels, reunited with co-star Vin Diesel and helped steer the revived fuel-injected franchise into an international hit machine. Walker was in the midst of shooting the seventh film when he was killed in a car wreck during a break so this stands as the final film in the series where Walker takes a full lead.

Walker shares those duties with Diesel, his brother-in-law and partner in speed-charged car heists, and Dwayne Johnson, returning as a federal agent who recruits the team to help him shut down an international ring of thieves. It’s all about family and the absurdly contrived plot brings one of their family back from the dead: Michelle Rodriguez has lost her memory but not her bad-ass driving skills as a member of the criminal crew.

Not that the script makes much difference beyond providing comic relief between the action set pieces, and even that feels like it’s just padding. Rodriguez commits to her role with such investment in the idea of a person discovering her true identity that her character transcends the silly twist. The rest of the cast are little more than pilots driving their characters through the obstacle course of the plot. Which is pretty much all this busy franchise calls for.

Director Justin Lin, who rejuvenated the franchise with his supercharged approach of precision driving, runaway momentum, and physics bent to the crazed stunts of this gearhead fantasy, embraces the spectacle and lets the performers simply do their thing between the stunts. Jordana Brewster is pretty much sidelined here but Tyrese Gibson, Sung Kang, Gal Gadot and Chris ‘Ludacris’ Bridges are all back, with Gina Carano joining the team as a federal agent and Luke Evans leading the rival crew.

The crew returns for a new adventure in Furious 7.

Leaves HBO Max at the end of December. Add to My List on HBO Max

The Blu-ray and DVD releases feature commentary by Justin Lin, “The Making of Fast & Furious 6,” a set visit with Vin Diesel, and deleted scenes. Exclusive to the Blu-ray is an extended version of the film and five additional featurettes plus a DVD and UltraViolet Digital HD copies.